What is Sidereal Astrology?

This results in a rising deviation of around one degree from the real position of the constellations every 72 years. Depending on which system is chosen, the two systems are currently 24 degrees apart. This can mean a discrepancy of up to two zodiac signs between the expected and observed placements.

As a result, your sun sign in sidereal astrology is likely different from that in tropical astrology.

If you want to know your True Sidereal sign, check the following dates below,

You would be a perfect combination of both signs if you were born within three days of another sign.

The tropical system also contains the following twelve zodiac signs. The behavioral qualities linked with each sign are identical, given the fact that their dates vary.

You are active, passionate, and courageous when you’re an Aries. You’re also easily irritated, harsh, and argumentative.

You prefer being productive and energetic and have a knack for managing many things together. Although, there might be instances where you lose sight of the current project in your hand because you might be too focused on jumping on your next endeavor.

Not many have access to your emotional side, but you are quite sensitive and often feel misunderstood as being aggressive.

Aries may be effective motivational speakers because they see the positive side of things initially. Because they are forceful, powerful, and confident, they can make effective attorneys and statesmen.

You prefer to be at ease and take things on your schedule. You detest being hurried or under pressure to complete tasks; if this occurs to you, you may have outbursts and become the most disagreeable person in the room.

They connect with people pleasantly and courteously. They have a lot of patience and can endure a lot. However, they grow enraged when they are triggered past their limitations, and no one can stop them.

Gemini individuals may be excellent attorneys, actors, performers, and filmmakers because they have numerous brains and thoughts in one body and can analyze from multiple perspectives simultaneously.

Gemini is born with a curious and wise mind. They’re also likely to thrive in investigation and development jobs.

You are compassionate, supportive, and imaginative if you are a Cancer. You’re also a shut-in, emotional, and protective person.

Cancers, Their flaws stem from their time spent in the past. You have one shoe in the past and, as a result, you try to hold memories with you for the rest of your life, whether happy or terrible. Because you are extraordinarily generous and demand the same degree of affection and intimacy in return, you might be dependent and insecure in relationships.

Cancers are quite empathetic to the point of being overly emotional As a result; they are flustered. On the plus side, you possess certain captivating traits that contribute to your enhanced charm and popularity. You have an unusual sense of intuition, so you can tell when someone is in distress and must be consoled.

This sign’s people are fearless. Leos have a strong and striking demeanor. They are born with leadership abilities and the ability to draw others. Leo’s are self-assured, devout, and pure-hearted. They are competitive, autocratic, self-sufficient, strong-willed, distrustful, aggressive, irritable, and envious.

They might also be tough to get along well with since they want things to go their exact way and dismiss other people’s wishes and perspectives. Affirmations are a must for Leos. As a result, they are more likely to have lap dogs than genuine friends. Even if it is intended for their advantage, they tend to take things too personally.

Individuals born under the sign of Leo dislike working behind the scenes. Their need for recognition, attention, and popularity frequently leads people to pursue careers in drama, performing, movie director and cinematography, politics, and other fields that provide them with a great deal of happiness.

Virgos are quiet and empathetic. They are realistic, clever, and enjoy life’s finer details. Virgos are well-informed. They are excellent craftsmen. Virgos are attentive, patient, rational, intelligent, brainy, and soothing. They keep their concerns to themselves. Virgos are astute but subtle. They rarely lose their cool.

It is not tough for them to control others since they have a sharp mind. They may hide their true selves and put on the look they desire for a given scenario.

Virgo makes excellent reviewers in any area since they pay attention to the tiniest aspects and see errors more easily than the rest of the zodiac signs. Their viewpoint will be distinct, believable, and well-considered.

Virgo thrives in occupations that involve some level of public or charitable service. This can encompass disciplines such as medical, education, science, and research, among others. Their love for food has led them to pursue a career in the culinary industry.

They are rational by nature and live in a world of harmony and balance. Libras are thoughtful, curious, and have strong principles. They are kind, analytical, and wise, yet they are judgmental. Their outstanding traits include being charismatic and readily mingling with others.

You effectively capture over the hearts because they have a fertile imagination and brain ability. They are also known as Problem solvers because they excel at finding the middle ground.

They are naggers who have unpleasant thoughts and can easily fall into deep depressive episodes. Their main flaws are their willingness to delay, pull back, and flee rather than address issues, making them appear untrustworthy.

Their need for organization and aesthetics may lead people to careers in interior design or decorating. In commercial relationships and organizations, Libra is a natural leader.

People born under this sign are dependable, genuine, intense, and ambitious. They are irritable, self-assured, and bold individuals. They may also be elusive, obsessed, and curious.

Being a sign of confidentiality, you might be discreet about your goals and sentiments. A sense of passion drives your behaviors; whether it’s love or hatred, you’re at the extremities.

The most powerful asset is your captivating personality, which draws attention. However, their greatest flaw is an inclination to conspire, motivated by trickery and envy rather than a desire to tackle difficulties head-on.

Scorpios can excel as investigators, police officers, researchers, scientists, reporters, and other professions that need them to find out the truth and solve riddles, thanks to their keen instincts, memory, and cleverness. They can also succeed in disciplines like psychiatry and psychology since they have a profound grasp of human behavior and flaws.

They have enormous potential, a positive attitude, and a lucky outlook on life. Sagittarius are entrepreneurial, rational, and leaders with a zest for life. They earn recognition as a result of their deeds and knowledge. Sagittarius are upbeat, honest, and giving. They are dependable, self-sufficient, modest, and moral.

They tend to be rash with their long-term plans and to act without thinking. Their main flaw is their impulsiveness. They may plan ahead of time, but they never ‘evaluate their statements.’ They are prone to losing concentration due to their demand for continual change.

Sagittarius dislikes schedules and anything that restricts them. Therefore entrepreneurship may appeal to him because of the independence and openness it provides.

The bright and rational intellect of Sagittarius can lead to careers as researchers, scientists, thinkers, computer programmers, and so forth. They can also become good comedians, program organizers, presenters, and other professions since they are clever and have a peculiar sense of humor.

They have a strong and serious temperament. Capricorns have big hopes for themselves. Their personal and social lives can sometimes be at odds. They are crucial by nature and do not hold back in their judgment. Brave, aspirational, and driven. A workaholic with a goal-oriented attitude and a realistic and careful approach.

Capricorn is represented by a mountain goat, which symbolizes your ambition to reach the peak. On the other hand, success and money do not come easily; they require time and energy, much as climbing higher requires substantial effort and time for the mountain goat.

The main flaw is stalling on non-profitable tasks. They must also see the world through the eyes of feelings, recognizing that there is more to life than monetary achievement. Relationships may suffer as a result of being wedded to work and lacking in empathy.

In future years of their lives, their ambition to be at the top of the pyramid, along with hard work and dedication, easily propels them into top managerial positions in the business world, such as CEO, managing director, etc.

Aquarians are passionate about their independence. They are nonjudgmental, forthright, forgiving, logical, insightful, and innovative—humanitarian by nature and rebel.

Aquarius aren’t the sort of people to betray people in the back or plot against their pals. They are faithful to their actions and sentiments in front of a person and even when they are not present.

The water of compassion cleanses hearts of hatred, especially in matters of equality and fairness. One flaw is that they can be indifferent to human relationships that you sometimes take for granted.

Aquarius people may be outstanding scientists, researchers, statisticians because they have a smart, dynamic intellect.

They can also succeed in professions that need uniqueness and creativity, such as literature, designing, music composition, drama, film direction, producing, etc.

Restless by personality, yet adaptable, passionate pleasure seekers, and brilliant writers. They have a high degree of trust in others. Pisces live a humble existence. They face risks early in life and are both brave and afraid at times. Pisces form friendships with influential and well-known individuals.

Pisces have a charismatic and dominating demeanor. They divide their time between work and leisure sensibly. Pisces tend to be more sensitive than sensible. They are slow and irresponsible, and their actions are occasionally dishonest.

Pisces are very sensitive, wise, generous, and empathetic since the Moon is the ruler of sentiments. Their closet contains periods of greatest delight and darkest misery. They require a companion who can function as an anchor throughout challenging situations.

Because Pisces have a compassionate disposition and are sensitive to pain, they can work in healthcare, physician, psychotherapist, counselor, and so on. They would also be happy to work with Charities, shelters, and rescue centers, among other things.

The greatest professions for Pisces allow them to use their innovative, artistic, and intuitive abilities to their full potential. Literature or other kinds of writing, songwriting, artwork, filmmaking, performing, acting, design, graphic arts, online gaming development, and styling, among other things, are all examples. In all of these disciplines, they have the potential to become excellent reviewers. 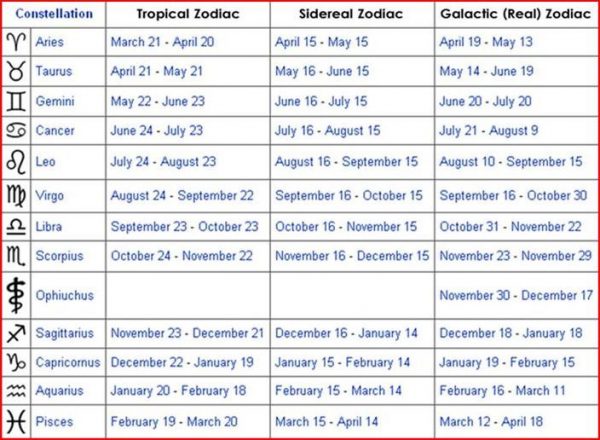