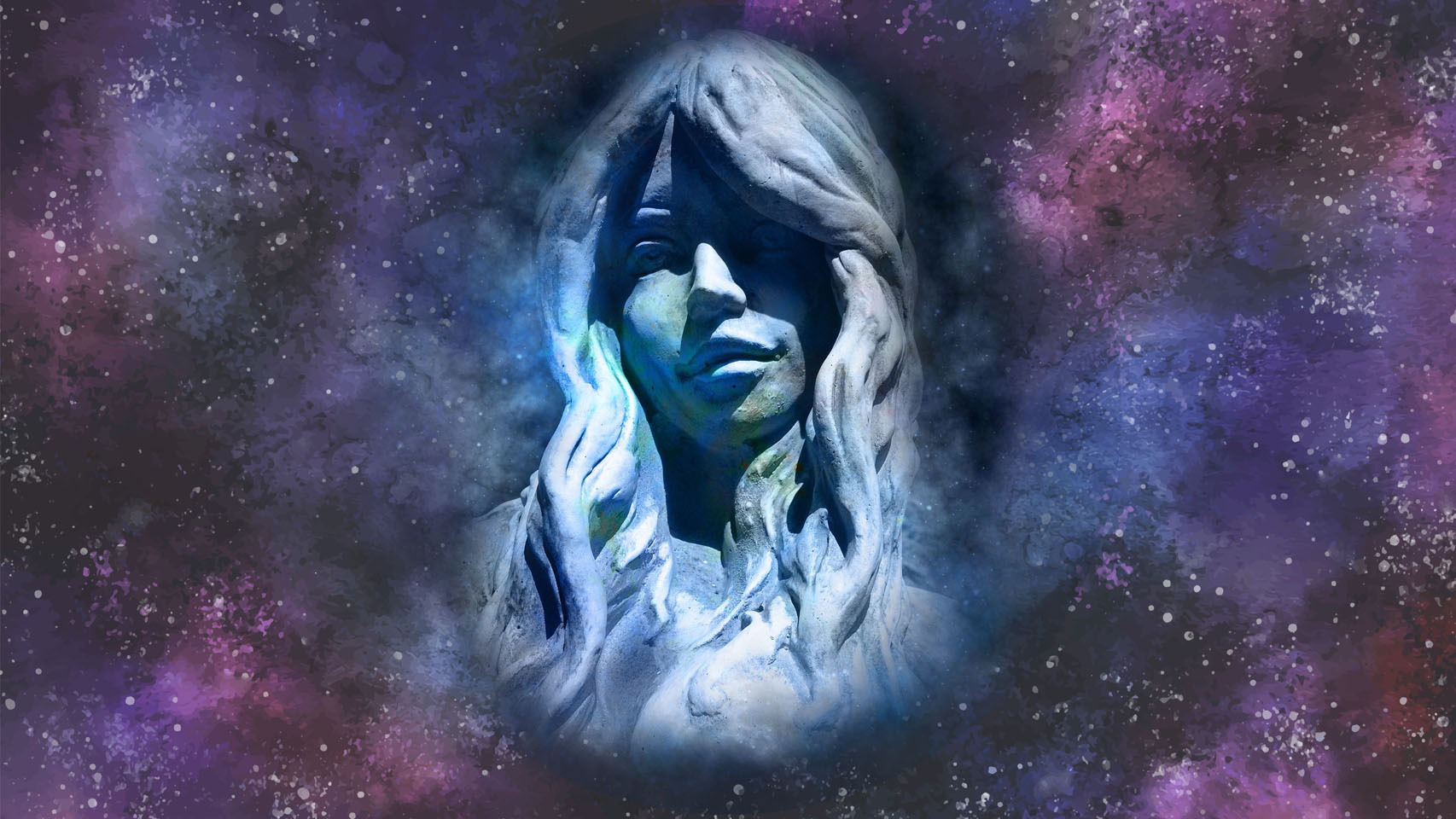 The positive side of Virgos

The negative side of Virgos

In astrology, Virgo is the sixth sign of the zodiac, the third negative in nature (feminine / Yin), and mutable in quality. It symbolizes service and work and its symbol represents a Virgin, it belongs together with Taurus and Capricorn to the earth element. It is ruled by Mercury and until 1970, it was believed that Virgo was also ruled by the nonexistent planet Vulcan.

Since this zodiac sign’s symbol is a Virgin, she has been identified with various goddesses such as Astrea and even compared to the Virgin Mary. For the Romans, it represented Ceres the Goddess of Agriculture, crops, and fertility, who has a spike in her hand, hence the name of the star Spica that belongs to this constellation. It is considered that someone is in the Virgo sign when born between August 23 and September 23. It is opposite and complementary to the Pisces sign.

Virgo, the only sign represented by a woman, is a sign characterized by its precision, its conventionality, its reserved attitude, its eagerness, and sometimes even an obsession with cleanliness. Virgos are often good observers and patient in their demeanor. They can seem cold at times, and actually have a hard time making great friends.

The fact that many of their relationships with others turn out to be superficial is because Virgos are actually afraid to give control to their feelings and lack confidence in their emotions and opinions. They prefer to act with reservations and with a pleasant disposition. They tend to be discreet, kind, and fun with other people, and they can help solve third-party problems with skill and good sense that they often lack in their own personal relationships.

Virgos have charm and dignity to such an extent that sometimes males can appear somewhat effeminate, even though they are not. They are methodical, studious, and like logic. They also like to learn and are capable of analyzing the most complicated situations. However, they are sometimes so meticulous that they delay the completion of complicated projects. They are very intuitive and are able to see all sides of an argument, which makes it difficult for them to reach firm conclusions.

Virgo has an analytical-critical mentality, so it is usually rational, logical, detailed, and thorough. Due to his perfectionist spirit, he has a knack for picking up flaws or imperfections. They like doing so not only in the others but also in his works or in himself, reaching a self-critical degree that, in more than one of his natives, gives him some complexes. Their sense of discretion, their tendency to be cautious, and their fear of failure can make them feel inadequate when they have to improvise or if they are suddenly asked for something they haven’t rehearsed.

It is true that Virgos need their own sweet time. They approach things little by little because otherwise they may not feel sufficiently prepared. They have to do things step by step, very steadily, and moment by moment. It is one of the most hard-working zodiac signs, perhaps because for them the feeling of feeling useful to society and knowing that they earn their daily bread is important. That is why ants and bees are clear representatives of the sign.

In this sign, we can find both the bookworm - a Virgo who wants to know the whys of things, and the athlete, who based on training is gaining confidence in himself and in his possibilities. Sooner or later, Virgo usually embraces a special diet or shows great interest in body care, hygiene, and food issues.

The positive side of Virgos

The negative side of Virgos

The color that will favor Virgos is brown. This color helps a lot with emotional stability. It is also a color that is closely related to fertility, hence it has a connection with this sign, which is the only one represented by a woman in the entire zodiac.

Virgo is a selective and practical sign. The people belonging to this sign are interested in useful and pragmatic approaches towards life. If they join a gym,  it will be because it allows them to do healthy activities that help improve their body composition, and not because it is fun. If they learn martial arts, they will do so because it brings them benefits in personal safety and in their physical condition, but not for the purpose of competing. Mental games like chess can be attractive to them because they serve to develop the mind, quite obviously.

Although their high degree of demand and perfectionism can push them towards mastery in their hobbies, they practice even though they only look for the practical side in them. In the workplace, the professions most closely related to Virgo in a vocational sense are preferably related to science, mathematics, languages, and solfa. We would have in this sign excellent administrators, accountants, math teachers, natural sciences teachers, social sciences teachers, social workers, librarians, doctors, nurses, secretaries, writers, journalists, history teachers, and many other interesting and significant vocations.

Virgos are loving and are good husbands and fathers. They are not very passionate about love, because their need for order and discipline prevents them from giving themselves totally to passion. It is difficult for Virgos to trust people, not because they are suspicious by nature, but because they have little confidence in themselves and extrapolates this on others.

In medical astrology, Virgo rules the pancreas, the small intestine, the gallbladder, the duodenum, the appendix, the lumbar joints, and the central nervous system. In an astral chart, if the diseases are related to Virgo, the consultant may be prone, (depending upon other parameters) to hypochondria, appendicitis, intestinal parasites, malnutrition, associated with nervous conditions, and hernias. A typical or common pathology of Virgo would be a suggestive sensitivity to diseases (hypochondriac), or also, intestinal reflux.

In the sentimental field, it is a shy sign, little given to coquetry, and its sense of order does little to show passion. Virgos have in their favor in this section of their lives that they offer a guarantee of fidelity to their partners, although they can be jealous at times because Virgos find it difficult to fully place their trust as a result of their analytical and suspicious mental structure.

For Virgos “details” count for a lot. Virgos are romantic by nature. With little things you can reach the soul of the Virgo lover; something that can be revealed through the light of simple candles and roses. Make the “virgin” feel special.

“Communication,” although Virgos have to maintain a certain level of reserve, you have to make an effort to keep the lines of communication open and achieve a feeling of a happy lover.

Virgos are one of the signs that require a slow start. Foreplay is essential for both men and women belonging to this sign. It will be the key that will open the inner fire. Talk to him a lot, look at him frequently in the eyes, kiss him, caress him, etc.

“Being spontaneous” is another thing Virgos appreciate; Virgos like to be enlightened in matters of sex. Do not take him out of his comfort zone, leave him feeling confident and calm in the world in which he feels comfortable. Do not cause him unnecessary frights or misinterpretations. Be sure to use refined and educated methods with Virgos.

Because of his gifts for responsibility, his way of being humble and modest, as well as being practical, Virgo will make a good husband and father. It is a sign whose symbolic model is identified with the middle class. A Virgo is concerned with working to support his family and pays special attention from the point of view of prevention in the health issues that affect his family. They will be demanding of their children’s work goals, for their sake.

A Virgo will be more successful in his profession as a subordinate than as a leader. They lack the strategic vision of a good leader and prefer clear objectives. Their lack of self-confidence means that they also demand a lot from others, although their sense of justice means that they do not impose themselves on their peers. They have special skills in music, science, and languages. They have a good memory and are highly successful as librarians, clerks, accountants, scientists, social workers, and book publishers. Among the other professions that they can do well are those of a doctor, secretary, musician, public speaker, writer, historian, and nurse. Their good taste in clothes and their natural elegance makes them successful as dressmakers.

Virgo is not a materially ambitious sign but they are demanding, humble, and practical. Unlike the Leos who like to be ostentatious, Virgos are content to receive a decent salary that allows them to live in acceptable conditions. Economically, a monthly salary is their goal, and to enjoy a simple life without too many complications due to their routine sense of order. They also have good moonlighting skills.

Virgo and Gemini share the same ruling planet, Mercury, which was known by that name in Roman mythology, and its Greek equivalent was Hermes. The constellation Virgo in ancient cultures was associated with The Great Mother. It appears in the Greco-Roman zodiac, but its origins are uncertain and it is believed to predate the culture of classical Greece. The color of Virgo is brown tones. Among the minerals, it is associated with agate and corals. Its metal is chromium. Their weekday is Wednesday. Numerology says that the number 6 is well suited for the Virgo sign. Virgo is a sign that astrology qualifies as mutable and earthy. Some of the countries and regions’ traditional astrology associated with Virgo are Iraq, Greece, China, Brazil, and Uruguay.

Born from august 24 to September 2 - under the influence of the sun - they have a sense of harmony, calmnessss, and a tendency towards a sedentary life.

Born from September 3 to 11 - under the influence of Venus - they are secretive, shy, and often monogamous.

Born from September 12 to 23 - under the influence of Mercury - are modest and resourceful, sometimes lazy, and often have late marriages.