The Most Famous Serial Killers And Their Zodiac Sign 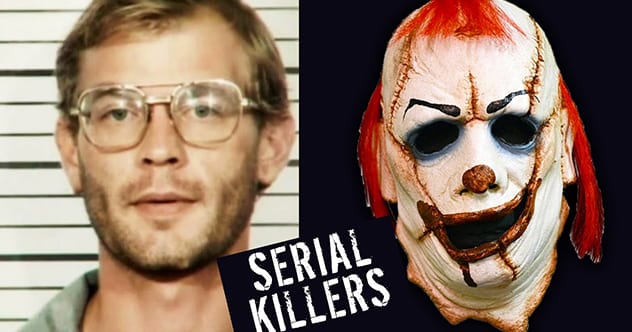 The human being knows how to be good and, when that happens, we hope for a better, more cordial and just world. However, when Mars speaks very loudly in the astrological chart of some people, the human being can be completely violent and aggressive, after all Mars is the god of war and battle.

If Aries and / or Scorpio are also very present on the map, the combination is explosive. The positioning of Mars, coupled with the strong presence of impulsive, vindictive and aggressive signs, can make a person perverse, even reaching the worst levels of evil, that is, torture and murder.

The world has already known many serial killers, but some have really marked their names in history, the greatness and the malice of their crimes. Are we going to meet some of them? See below the most famous serial killer of each sign. Curiosity remains: what was the astrological chart for each of them?

Born on April 12, 1869, Henri Landru was an Aryan who, when widowed in 1914, decided to start serial killings. He paid for advertisements in the newspapers, with the intention of meeting widowed ladies who wanted to remarry - at the time, the First World War was taking place, which increased the number of widows each day. So he always had responses to his ads. He strangled the women and then dismembered the bodies and burned each part. By the end of the Great War in 1918, Blue Beard had already killed 10 women and a teenager, the son of one of the victims.

American Jeffrey Lionel Dahmer was born on May 21, 1960. This serial killer started his murder spree in 1978, when he killed his first victim. The number of people murdered, however, reaches 17. Dahmer killed the victims, dismembered them, took a picture of the corpses (or part of them) and kept some body part as a souvenir - Jeffrey kept the skull of Sinthasomphone, his ex -girlfriend, after killing him. He was charged with rape, murder, necrophilia, cannibalism and trepanation and sentenced to 957 years in prison. The killer died in 1994.

Richard Chase is a Gemini, born on May 23, 1950, and one of the most Machiavellian serial killers in the history of the United States and, perhaps, the world over. Chase was schizophrenic, and when he lived alone, he captured, killed and gutted several animals, including eating parts of his guts and drinking the blood. In 1977 he started killing people, mutilating corpses, eating organs and drinking their blood. He passed away in December 1980.

Myra Hindley was born on July 23, 1942, in England. At the age of eight, by order of her father, she punched a boy who had hurt her several times. That was his first feeling of victory. She was considered a good student, responsible and dedicated, as well as an athlete and writer of poems. Despite this, he committed several murders alongside his boyfriend, Ian Brady (Capricorn’s serial killer) - at least five children.

Edward Theodor Gein, or Ed Gein, as he was known, was born on August 27, 1906, in the United States. This Virgo stole body parts from a local cemetery, he chose middle-aged women who looked like his mother. The police later discovered several skulls in his home, in addition to the human skin he used to make masks and furniture. Gein was convicted of murdering two people and suspected of the disappearance of five others, in addition to the theft of a corpse. Ed spent the rest of his life in a mental hospital, where he died in 1984. Many characters were inspired by his story, such as Leatherface (The Chainsaw Massacre), Norman Bates (Psychosis) and many others.

Born in Ukraine on October 16, 1936, Andrei Romanovich Chikatilo was a Libra and became world famous after confessing to murdering and cannibalizing 53 people, mostly children. He was killed in 1994, at the age of 57, by execution with a single shot. Some works were inspired by its history, like the movie Evilenko, of 2004, the song Psychopathy Red, of the band Slayer, and the book Child 44, of Tom Smith.

Mary Ann Cotton was born in England on October 31, 1832 - Scorpio born on Halloween! Marry Ann is considered the first British serial killer, at least the first on record. Marry lost three husbands, a lover, a friend, her mother and ten children due to stomach fevers. However, after investigations, arsenic poisoning was found for most of them. She was convicted of murdering 21 people, including her own children. In 1873, Marry Ann was hanged.

Theodore Robert Cowell was born on November 24, 1946, in the United States. This Sagittarius was very communicative and cheerful, characteristics that helped him to persuade his victims. Bundy raped, murdered several women - mostly brunette. In 1989 he was convicted of kidnappings, rapes and murders, and was executed in an electric chair. The execution took place in the state of Florida.

Capricornian Ian Brady was born on January 2, 1938 and was a partner of Myra Hindley, his girlfriend and also a serial killer mentioned in this list, in the sign of Cancer. With Myra, Ian murdered five children, all with signs of sexual abuse. In his murders, Brady used strangulation and throat cuts to carry out the deaths. The trial took place in 1966 and he was sentenced to three life sentences. Ian is still alive, 78 years old and still in prison in England.

Gary Leon Ridgway was born on February 18, 1949. This American Aquarian has committed and confessed 48 murders and has been in prison since November 2001, serving a life sentence. Despite having been married three times and having children, Ridway killed several women in Washington State, in the United States, between 1980 and 1990. Despite being convicted of 48 deaths, the police estimate that the number could reach 80.

John Gacy was born on March 17, 1942. This Piscean was accused of killing 29 boys and was sentenced to death, executed in 1994, at the age of 52, and died with a lethal injection. He tortured, raped and strangled each of his victims to death. This serial killer performed torture on young people dressed as a clown, so he received the nickname. While waiting to be killed, Gacy drew and painted clowns on newspaper sheets.

Hello my friend! Here's Jimm, Jimm Parker! Well I can't sound as good as Bond would because that's what he fits in the best. But likewise I figured out I would fit well in the celestial realm knowledge and here I am! Sharing some good content with you about what I have learnt and realised. Hope it bring you satisfaction and harmony!