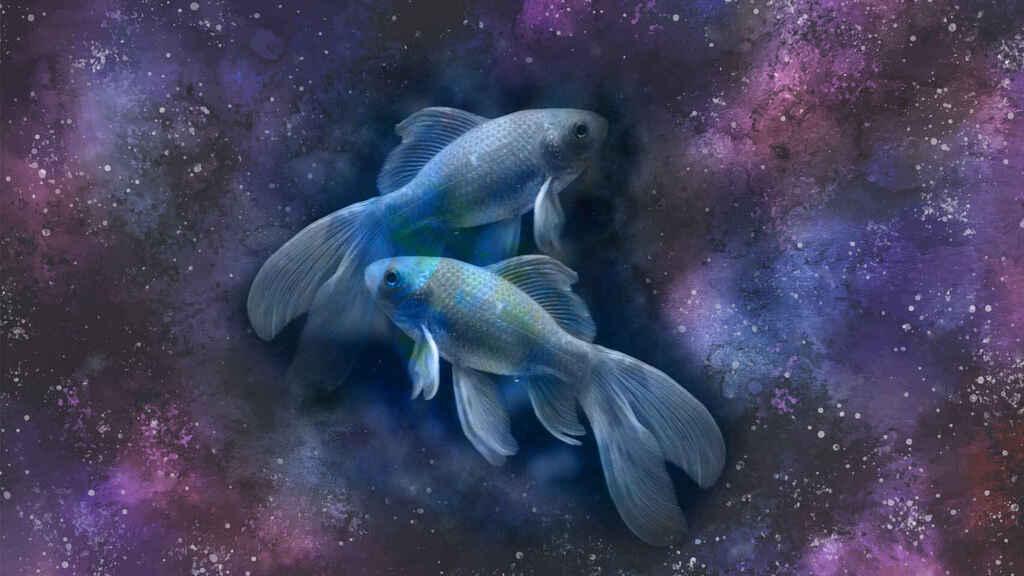 In astrology, Pisces is the twelfth sign of the zodiac, the sixth of a negative nature (feminine) and of a mutable quality. It symbolizes dissolution and its symbol represents two fish, it belongs together with Cancer and Scorpio to the water element. It is ruled by Neptune and Jupiter. Her opposite sign is Virgo .

Someone is considered to be Pisces when they are born between February 19 and March 20 . Together with its opposite sign Virgo, Gemini, and Sagittarius, it is part of the group of double or mutable signs. It is symbolized by two fish swimming in opposite directions.

A Pisces has a quiet, patient, and kind personality. They are sensitive to the feelings of others and respond with sympathy and tact to the suffering of others. Pisces are very loved by others because they have a good nature. They are loving and are known for their kind character. They do not pose a threat to those who want to have positions of authority or great popularity. They tend to assume their environment and circumstances, and do not usually take the initiative to solve problems. Pisces are more concerned with the problems of others than with their own problems.

Pisces tend to exist emotionally rather than rationally, instinctively rather than intellectually. They don’t like to feel confined and they don’t respect conventions just like that. But they also don’t have the energy or motivation to fight the established power. Pisces often retreat to a world of dreams in which their abilities can bring them benefits. They have great artistic creativity.

The amethysts are beneficial for Pisceans. They trust their powers to it for succeeding in their daily battles. It is a stone with a calming influence. So, in cases of headache and insomnia, rub an amethyst on your temple and it will relieve you. It is a gem that can be used universally without any contraindications. The aquamarine and pearl also apply for the protection of Pisces.

Pisces, due to their dreamy mood, is a sign inclined towards art, to the spiritual world, and to political ideals that promise a better world. Pisces are related in astrology to the world of ideas, to the art of music and poetry, mystical spiritual movements, glamor, fashion trends, political parties, and Non-Governmental Organizations (NGOs).

Among the activities of the Pisces, we can mention the vocational artistic faculties, inspiration, para-psychics and people with certain extrasensory powers, mediums, seers, charters, poets, musicians, and politicians. It is an eminently creative sign due to its great capacity to imagine what does not yet exist. Among the professions that best adapt to Pisces would be writers, painters, virtuosos of music, singers, and artists in general, priests of mystical spirit, men and women of faith and religious beliefs, gurus, fashion designers, interior designers, artistic photographers, politicians, and of course also fishermen since the symbol of Pisces is two fish .

In medical astrology Pisces governs the feet, and the psychic faculties of people, the states of euphoria or depression, the psychic or so-called mental illnesses. In an astral chart, if the diseases are related to Pisces, the consultant may be prone, depending on each case, to suffer from bunions on the feet, calluses on the feet, unusual diseases which are difficult to diagnose. Pisces is related in astrology to alcoholism , drugs in general, and altered states of consciousness, as well as diseases that require psychological or psychiatric support. A typical or common pathology of Pisces would be, for example, blisters on the feet, or suffering from physical ailments of psychosomatic origin.

Their love is romantic and sentimental. In addition, they knows how to put imagination and fantasy at the service of others. However, at times, that tendency focuses they towards platonic or ideal relationships that they never end up consummating.

If you have a birth chart with a harmonious set, these are some of your main values: hospitality, compassion, broad and agile understanding, broad views, pacifism and joy of living. However, if the whole of the astral chart is inharmonious, some of its most notorious defects may be these: self-destruction, chaos, laziness, indolence, morbidity due to secrets, little trust and deification.

At work, a Pisces performs better if working alone or in lower positions. Pisces are not usually good managers, because they lack the security to be so. But are excellent secretaries, assistants, or administrators. There are also many Pisces who become excellent lawyers, architects, travelers, artists, priests, employees in non-profit organizations (for their sense of solidarity), detectives (for their acute sense of imagination).

Pisces is a sign of immensity because it represents in astrology the limitlessness of the sea and the ocean - both have boundaries that are beyond our sight. Therefore Pisces is a sign that obeys patterns of wealth in its symbolism, but in negative it would represent the opposite economic depression, scams, or fraudulent and illegal economic activities.

Traditional astrology associates the planet Jupiter with Pisces, while modern astrology associates the planet Neptune with Pisces. Neptune was discovered in 1846 by the German astronomer Gottfried Galle. Modern astrologers associate political ideals, and politics in general, with Neptune. By affinity according to the date of planet Neptune’s discovery, they associate it more specifically with the birth of socialism, and surprisingly, also with anarchism!

The God Neptune in Roman mythology and his Greek equivalent Poseidon is the Lord of the seas. The color of Pisces is turquoise. The aquamarine stone rules among the minerals. The metal associated with Pisces is nickel. His day of the week is Thursday night. His number is 12.

It is a sign that astrology qualifies as mutable like water. Some of the countries or regions that traditional astrology associates with Pisces are the seas and oceans, the Pacific islands, the Caribbean, or Portugal.

They have to use all their skills to woo women because they live in another world, a world of their own.

Those belonging to this sign are of the emotional type. Sex is best in a context of love and intimacy. To connect with them, you should always keep in mind that Pisces lovers are actually looking for a soul companion and friend.

To please a Pisces lover you will have to spend some time in the realm of fantasy. Dream together with him or her and he will reward you with pure love and very special sex.

But paradoxically when it comes to sex as a couple, it will force you to be practical. Although Pisces would like to keep you in the world of their dreams and fantasy, you will have to help them transfer their energy so that they put their feet on the ground. Otherwise, both of you will float out of reality, and life in the real world will take its toll.

Two fish floating in different directions in a shell like shape with sea waves in the background.

Asia (minor countries,) Italy (east of the country), and Russia.

Born from February 19 to March 1

- under the influence of Saturn - Capricious natures with pipe dreams, loving women, loneliness, and change.

Born from March 2 to 11 - under the influence of Jupiter - love greatness and glory, sensitive and conceited, honest and solemn.

Nela Jennings comes from a scientific background. Although she had scope in various other branches of science, she chose to follow the one leading to the celestial secrets, the language of the stars and angels. Perhaps she has understood it very well and shares her best works with you all on mytodayshoroscope.com.