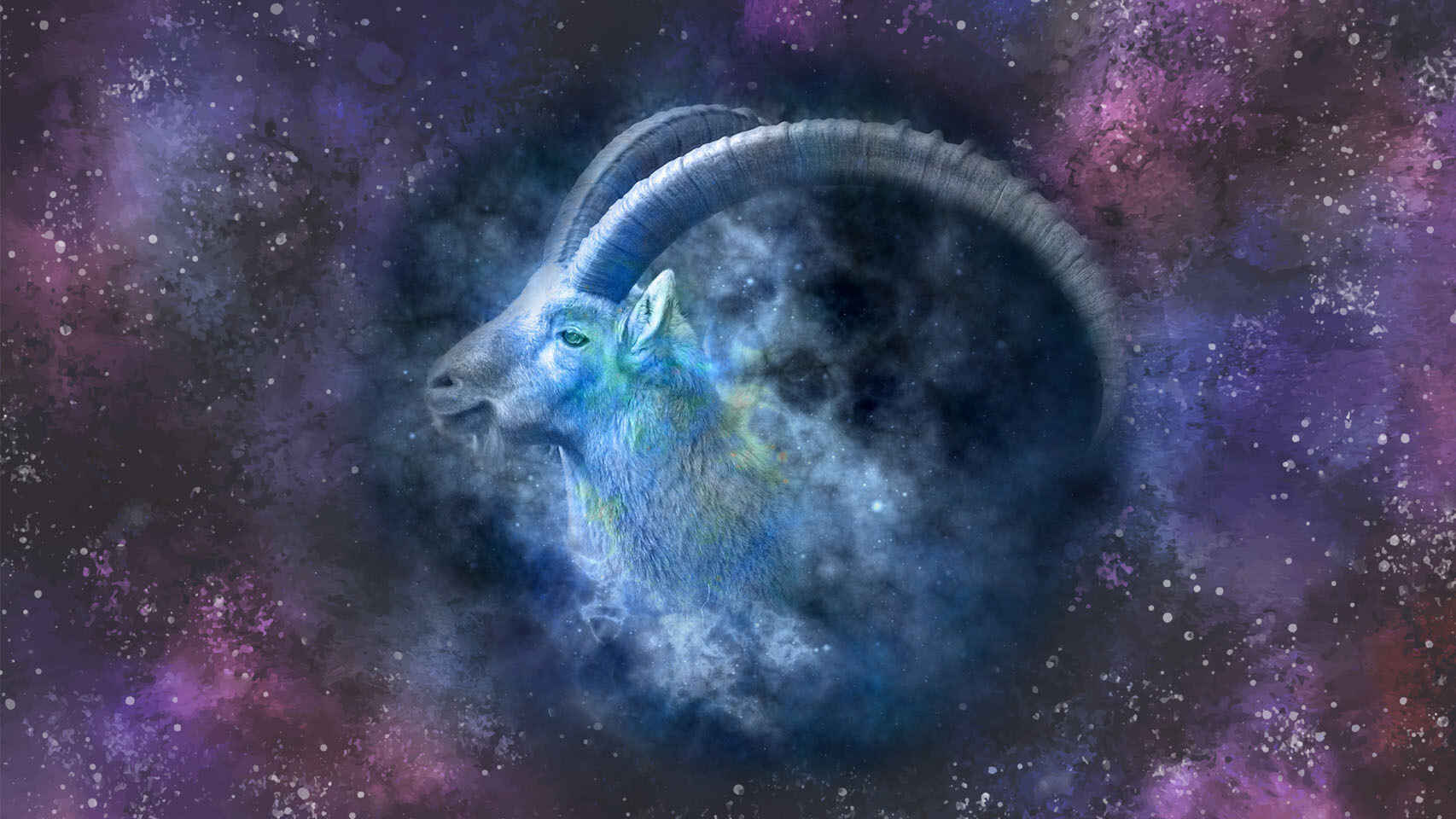 In astrology, Capricorn (♑) is the tenth sign of the zodiac.

It is an earth sign and is ruled by Saturn. They are realistic people with a strong sense of responsibility. They have a lot of willpower to achieve their objectives and fulfil their purposes or to reach important goals. They are sober people and always seek security just like all earth signs do. Also because they are an earth sign, they tend to be very reserved. They take their time to study people and are always a little distant in their relationships but after they meet their love and feel comfortable, they completely offer themselves to that person. Responsible and conservative, they will always seek lasting relationships that provide security and stability.

It is a very demanding sign with itself and with others. People from this sign care about their reputation. It is rare to see a Capricorn make a fuss in public and they will be very secretive about their problems. They are cautious and are usually well prepared for any problem that arises since they always take precautions.

In mythology, Capricorn is often associated with the mythological figure of the goat Amalthea, who nursed and raised Zeus on the island of Crete to hide him from Cronos, her father, who devoured her children. When Zeus, as an adult, fought against the Titans, the armor was made from the skin of this mythical goat, which would become the Aegis, the shield of Zeus forged by Hephaestus, god of fire. Zeus first donated this shield to Apollo, and then his daughter Athena, goddess of war. As it is said that the Capricorn was created from the war of the gods when Pan escaped to the Nile river, and half of his submerged body became that of a fish. At the end of the war, Zeus returned it to its normal form and left in the stars a memory of that creature: a constellation.

Capricorn is symbolized by the goat. This animal represents the need to climb, transcending obstacles to reach the top of the mountain and also represents its determination in the feat.

Saturn rules Capricorn. It is the planet that represents the rational and pessimistic side of life. Those born under its influence have a defensive and conservative attitude, marked by distrust, excessive prudence, and strategic calculation. Saturn is also the planet of rigor, severity, austerity, and asceticism.

Earth is the element of Capricorn, which gives them patience and determination. Earth gives Capricorn pragmatism and the ability to live healthily and in simplicity, granting them patience, constancy, and firmness in their life goals.

Feminine is the gender of Capricorn, which gives it inertia, passivity, and internalization. Furthermore, it makes them receptive and influential. Femininity gives Capricorn the capacity for abstraction to be able to evaluate herself and the situations that surround her in order to make the right decision according to her way of being and living.

On the positive side, a Capricorn has ambition and is disciplined. He is practical and prudent, has patience, and is even cautious when necessary. He has a good sense of humor and is reserved. The ruling planet of Capricorn is Saturn, which will endow you with great wisdom, maturity, and patience. The natives of Capricorn will be responsible, hard-working, and tenacious people. They will feel strong and independent being able to make great efforts and sacrifices to achieve their goals.

Capricornians under their somewhat modest and neat appearance have a determined and logical mentality. Although they are quite introverted, the natural energy they possess makes them excellent speakers, who are very eloquent and persuasive when the situation requires it.

On the negative side, a Capricorn tends to be pessimistic and, in difficult situations, even fatalistic. Sometimes it is difficult for them to be generous to others and it is difficult for them to do favors altruistically. The natives of Capricorn usually suffer from great stages of discouragement and melancholy, and can even take refuge in drinks to fight or overcome some adversity that life puts them in front of. Capricorns often suffer unnecessarily because they are very apprehensive. They like to find out everything, they hate things being kept hidden from them because that may make them immediately fly into a rage. The natives of Capricorn live with the nerves to the surface. They keep a certain cult of their egocentricity.

It is important to plan to do things together and to see that the conquest is effective. Remember that you must physically prepare yourself to be attractive to Capricornians and do everything in your power to impress their family and friends.

With regards to sex, it is convenient to be very transparent with Capricornians since this sign is skeptical in nature and they do not dare to trust others. The more open you are with them, the more comfortable they will feel as lovers.

It also helps to be slow and patient with them. Constancy and slowness are two good ingredients to get out of Capricornians all the best they can give of themselves. Remember that those belonging to this sign show great resistance to change, and their mistrust makes progress slowly in matters of sex. To get to help them bring out the true lover they have inside, you have to act with finesse and patience.

Perseverance is a keyword when dealing with Capricornians on these issues. Although it may seem impossible to break their outer shell, it will be possible if you persevere with them. With effort, a Capricorn lover will be a passionate sexual partner.

With this sign, you can enjoy security. Once you have caught a Capricorn their love will not go anywhere. And today, safe sex is the best sex.

Born from December 22 to January 2 - under the influence of Jupiter - calm, prudent, systematic natures, acquire a state and success, but there is a risk of bankruptcy.

Born from January 3 to 13 - under the influence of Mars - people who blow home boredom, are known for their poor influence on others.

Born from January 14 to 20 - under the influence of the Sun - they are efficient, have vitality, are passionate, contradictory, and sometimes prone to despondency.

Jamaal Emerson used to freelance for big time businessmen until he came across mytodayshoroscope.com. His expertise in this field is commendable and whatever he writes is absolutely fresh and updated. His urge to learn in the process of educating people with his bit of knowledge is impressive and he strongly believes in constructive criticism. How could you help? He'd love to hear from you. Share your comments! :)