Saturn in 9th the House - Example

Saturn in 9th house is undoubtedly a great position to drive the depth of thought and rigorous and methodical mindset of its natives. They are responsible and serious people who run away from banalities.

This transit is optimal for developing higher studies in fields such as science, philosophy or law. They do not usually believe in dogmas or in any type of religion, they are only interested in what can be contrasted and demonstrated.

However, his mental rigidity , mainly in the case in which Saturn in the 9th house is afflicted, can also lead to the opposite. That is to say, that in the religious field the natives become rigid, conservative and radical defenders of religious dogmas.

Saturn in 9th the House - Example

If Saturn is well aspected it can lead to the highest peaks of wisdom and spirituality. An example could be Jiddu Krishnamurti. Here we can see his Natal Chart. 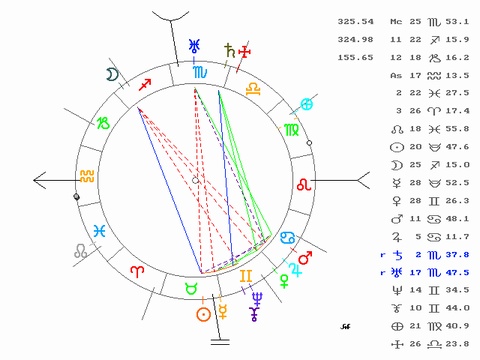 These people have great solidity and depth of thought, a rigorous and methodical mind and see existence from the most serious and responsible side. It is an excellent position for higher studies in all fields of science, philosophy, metaphysics, or law, although they have a predisposition to skepticism; they distrust faith and tend to believe only in what is rigorously contrasted and demonstrated. This position favors a tendency to rigidity or narrowness of mind, especially if you are afflicted, therefore, in the religious sphere , these natives tend to be very rigid, conservative, traditionalists and strict defenders of dogmas and rituals. It can be seen how he has Saturn right at the top of the 9th house afflicted and in Sagittarius. 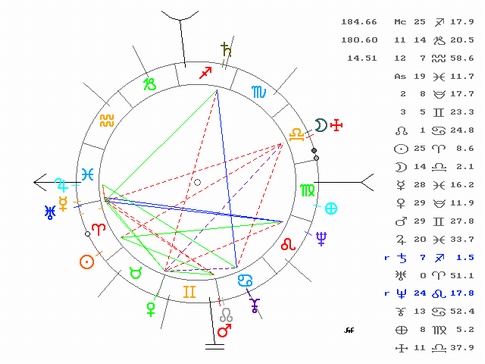 But in most cases in the spiritual field they also tend to be disappointed or disappointed, so that these natives will have to find their own truth on their own, renouncing the creeds, guides and gurus that society provides them. There are many atheists and agnostics among them.

Saturn in the 9th house is unfavorable for long trips or contacts with the foreigner, that could suppose abundant problems, sufferings or mishaps, especially if Saturn is very afflicted. If Saturn is well aspected, traveling or contacting other countries can help the individual to better understand the reality of life. Anyway, for these natives, long trips will be done more with the mind than with the body.