Saturn in 2nd House can attract poverty and economic hardship, which could even lead to misery when the planet is afflicted. These people will have to make great and continuous efforts to build a solid economy, constantly being threatened by problems and misfortunes in this area. Profits will come slowly or late, and progressively.

Saturn in house 2 is undoubtedly a position not very prone to the economic success of its natives. On the contrary, they will suffer economic hardships that in case the planet is afflicted could even lead to misery.

They will have to make great efforts to build a solid economy that copes with the many misfortunes to which they will be subjected. And it is that the few successes will come slowly while the losses will happen one day yes and another no.

The characteristics of Saturn in house 2 make them greedy people , who subsist in a frugal way, with minimal expense and hardly enjoying the goods they own. His terror of falling into misery will enhance his compulsive tendency to save and Spartan life. Something that will be of little use ...

They are people who dedicate their utmost attention and efforts to work for their economic security. However, we can also find this position in horoscopes of the rich and potentates who are characterized by a markedly avaricious or petty attitude, living frugally and spending the minimum, without enjoying their own assets.

And there is a constant fear in them of material misfortunes, of seeing themselves in misery, and, consequently, a compulsive tendency to save, to live in a spartan way, depriving oneself of many things. Whether it is real or not, these natives always have a feeling of limitation regarding money; in many cases, in childhood they will have experienced a situation of tightness.

But at the same time, and as compensation, they have great material ambitions, as well as great greed and eagerness to achieve a lot of power in the economic field. This position is favorable to the acquisition of land and real estate. When Saturn is afflicted, even if the person works a lot, he will make very little money. You can also see robbery, cheating or injustice on the material ground.

An example of Saturn in 2nd House II is the letter from Prince Charles of England, belonging to one of the richest monarchies on the planet. It has Saturn in 2nd house, but very well aspected, forming part of a Great Trine. 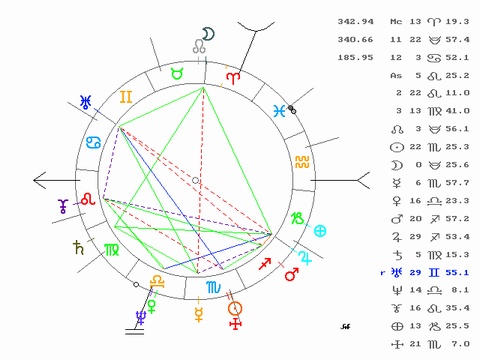