Saturn in 1st house favors a general tendency to introversion, isolation or solitude, to have a serious, concentrated and secondary character, with a pessimistic outlook on life and a nervous or melancholic temperament, which will be more radical or destructive if the planet is afflicted.

Saturn in house 1 leads his natives to recollection, isolating himself from the rest in a melancholic and pessimistic vision of life. It also generates a serious, reserved way of acting, where what is preferred is to play a secondary role in any situation.

He has a very cerebral personality in which reason is always above what the heart says. They are able to control instincts and passions, sometimes even repressing them drastically. In the case where Saturn is afflicted they will become dry and cold.

The influence of Saturn in house 1 turns the natives of thin, bony constitution, into tremendously reflective beings, of laconic and ascetic character.

They are natives with a cerebral or intellectual personality, in which the head dominates the heart, and the instincts and passions are usually controlled or channeled, and in other cases, violently repressed; they will become dry, cold or stiff when the planet is dissonant.

If we consider only the influence of Saturn in 1st house, it makes people look thin, elongated or lean, with a predominance of the bony system, complemented by a reflexive, laconic, ascetic or spartan character.

These people are usually prudent, realistic, mature, sensible, hard-working and persevering, very responsible, self-disciplined and with great common sense. If Saturn is well aspected or channeled, it provides a strong will to catapult the native to the highest worldly summits, intellectual or spiritual, but otherwise they can be stiff and rigid, being able to suffer, become depressed or paralyzed due to all kinds of blockages and frustrations. Behind his bitter complaints against the world, there is an accused selfishness. They tend to display a “mask” outward, and often enormous ambition, to compensate for their deep fears and insecurities, their sense of inferiority, and their lack of inner self-esteem. They need to control those around them and attack for fear of being attacked.

I am going to use Fidel Castro’s Birth Chart as an example of this configuration. I think you have to be tough, to maintain the same position for so many years. Saturn can be seen afflicted in his 1st house. That if with the Part of Fortune in the Ascendant that has certainly helped him a lot. 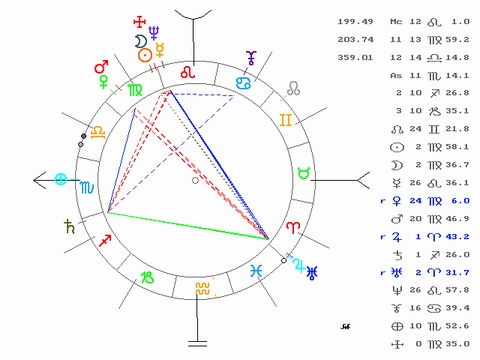 On the other hand, a person who, being one of Fidel’s political antipodes, also had a certain rigidity. His conservative policy wreaked havoc. I am referring to Margaret Thatcher, the “Iron Lady”. Saturn has it right in the Ascendant although he has not entered house I, he can already be considered in it. However, it does not have it as badly as Castro, Saturn is also well received by Pluto and helped by Jupiter. It could be “Iron Lady”, but it was not a dictator like Castro. 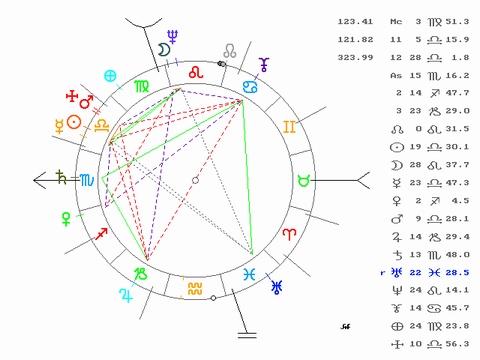