Meaning and Purpose of Scandinavian Runes and Amulets 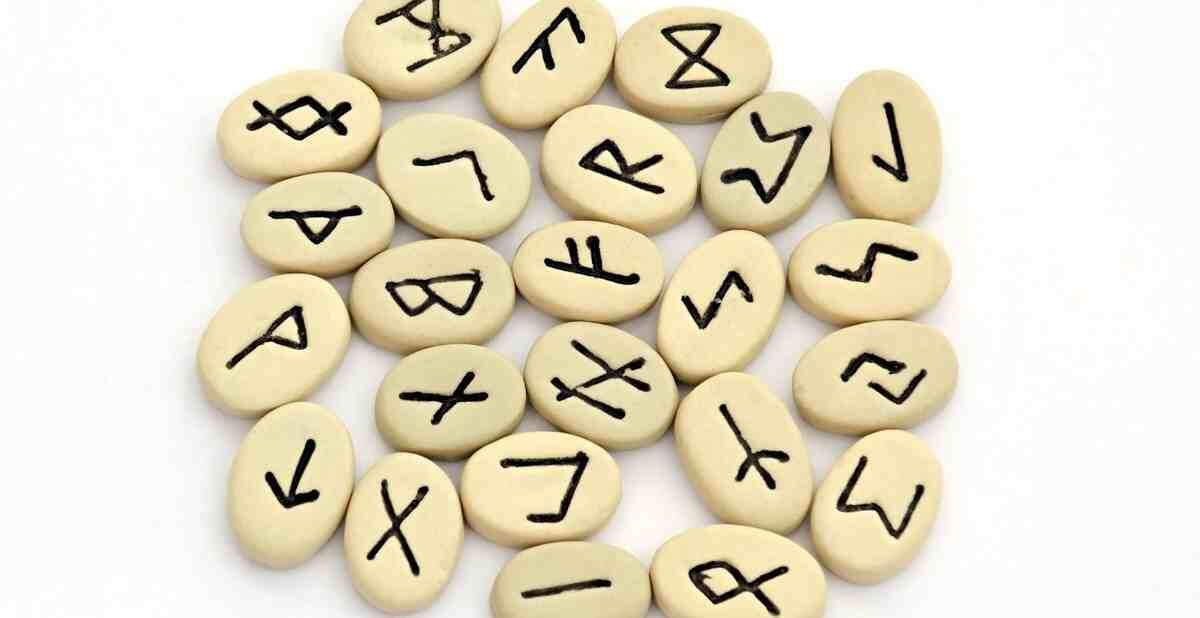 What are Scandinavian Runes?

The sequence of creating a talisman

Scandinavian runes are not just an alphabet created by ancient people. Runic symbols are a whole system of magical signs, with the help of which people tried to organize their lives. In the modern world, interest in rune magic has not faded away but, on the contrary, it has as if “flared up” with renewed vigor.

What are Scandinavian Runes?

The word rune has Old Norse and Germanic roots and means “secret” or “mysterious whisper.” Therefore, it is not surprising that ancient people endowed these symbols with magical properties. They were often applied to weapons, house walls, ships, clothing, and household items. The application of runes was carried out by magicians and sorcerers, who were especially revered in those days.

According to an ancient legend, the runes were “revealed” to one of the main Old Norse gods - Odin, who comprehended their meaning and interpretation by nailing himself with a spear to a tree. The runic symbols were endowed with magical powers and could be used for divination and magic rituals. One transferred his knowledge of runes to people who began to use them in their daily lives actively.

Each Old Norse rune has its name and meaning and is associated with one of the pagan gods. Like the Slavic and any other, the Scandinavian runic alphabet is inherent in a certain sequence of characters called futhark. The runes are divided into three subdivisions - etter, each of which contains eight characters. Let us consider all the signs and meanings of the Scandinavian runes and the scope of their application, description, and interpretation.

Consider the first eight runes included in this department:

And finally, the last eight Scandinavian runes of the runic alphabet:

Before proceeding with the manufacture of a rune amulet, it is necessary to determine what functions it will perform and what protection is required. Based on this, choose a rune or a combination of runic symbols, which will be the basis of the talisman. Combinations of runic characters “add up” in special formulas, staves and ligatures. The process of “folding” symbols must be approached responsibly, remembering that an incorrectly composed talisman not only will not help but can also harm.

Runic formulas are rune symbols written in a specific sequence. Symbols work either from left to right or from top to bottom. The runes in the formula must be written in the sequence of their desired effect. It would help if you did not write too long formulas - the number of characters in them should not exceed five runes.

Runic staves and ligatures are Scandinavian runes connected in the form of certain figures. Runic symbols seem to overlap each other, forming a kind of “knitting” of signs. Such combinations are applied with the first rune. Stakes are written in a circle behind or counterclockwise. Elm also begins to be applied from the first according to the influence of the runic sign and then the order of success.

The sequence of creating a talisman

Depending on the purpose, the Scandinavian symbols are applied to the material, to an object that requires protection, or directly to itself. The “material” for drawing a rune can be anything: paper, cloth, stone, or wood. The “object” can be a car or a wall of a house. Scandinavian tattoos are usually applied to themselves.

You can use any writing device to draw the Scandinavian runes and symbols that can be cut out or burned out. After writing the signs, the amulet must be “negotiated,” that is, set a task for it. Negotiations or conspiracies should be concise, clear and understandable. They must indicate the purpose of the magical effect and the duration of the amulet. Sometimes slander is made with the help of visa - a special poetic appeal to the gods.

Then the talisman must be activated. Some use specially developed techniques for these purposes, while others operate intuitively. The beginning of the action of the amulet can be the end of drawing symbols, with a mental or verbal appeal to it, or any other action established by the creator. After activation, leave the amulet to “tackle your question” yourself, and you carefully monitor what is happening and contribute in every way to the onset of change.

If the talisman’s duration was previously agreed upon by you, then the magic item should be destroyed after its expiration. To do this, it is necessary to “give” one of the four elements (burn, bury it in the ground, etc.), having previously thanked for the work. Should do the same with a damaged or broken amulet. There is no need to store inactive Scandinavian amulets - they will “pull” your energy onto themselves, which will negatively affect life as a whole.

Guardian tattoos in the Scandinavian style are based mainly on the plots and characters of Old Norse mythology. There are several types of Scandinavian-themed tattoos. These are, first of all, runic tattoos. Tattoos depicting magical creatures, plants and animals, which are reflected in Old Norse mythology, and are widespread. The image on the body can be images of the gods of pagan Scandinavia and complex combinations and interweaving of the patterns of the ancient Celts, from which the so-called tattooed “sleeves” are created.

Tattoos of ancient Scandinavians with runic symbols represent a picture depicting one rune, runic formula, ligature or stave. Before making a full-fledged tattoo, you should carefully study the meaning of the symbols used and create a sketch of the future inscription. To “feel” how a tattoo can affect your life, make a temporary version using henna. If you see that the amulet is working, you can safely make it permanent.

Especially popular among tattoo lovers are “pictures” based on the themes of ancient Scandinavian myths. They often look quite “belligerent,” which is especially “to the taste” of men. Each detail of the Scandinavian and the Slavic drawing carries a certain “message” and not always positive. Some images can have a “double” meaning and behave differently in different interpretations.

For example, Scandinavian warriors sailing in a boat do not always symbolize “victory.” In the beliefs of the northern peoples, the rook means the “last refuge” of the warrior, which carries him to the “other world.” Here is another example: a wolf in Scandinavian mythology can mean strength and courage, or it can be a harbinger of tragic events. Among the most popular Scandinavian gods depicted on the body, one should highlight Odin - the supreme and beloved god of the northern peoples. Tattoos with the image of Odin are especially popular among men. Still, as for female tattoos, the image of Odin’s wife, the beautiful goddess love and fertility of Frigga, who patronizes the family, is suitable for the fair half of humanity.

In addition to the gods Odin and Frigga, the god Fenrir in the form of a wolf is popular. Feminine, such a Scandinavian tattoo, can hardly be called, but the strong half of humanity likes this character. In the photo of tattoo lovers, you can see the image of the Raven as a symbol of wisdom and Sleipnir - Odin’s horse with eight legs, “carrying” strength and endurance to the warrior. Often tattooed with the image of the Valkyries - women of the fallen warriors.

In addition to runic amulets and tattoos, there are several other Scandinavian talismans. All of them have their sphere of application and their history of creation. The choice of such a talisman is a purely individual matter, depending on the desired result, the date of birth of the owner, his zodiac sign, gender, beliefs and personal feelings. Consider some of the most common Scandinavian amulets.

Amulet Hammer of Thor or Mjelnir is more masculine than feminine amulet. In ancient times, a woman was allowed to wear it only if she could not conceive a child for a long time. This talisman endowed a man with strength, courage and endurance; it also helped to avoid death and injury in battle. The hammer brought fertility to the earth and protected the home from the “dark forces”. With its help, people “diverted” natural disasters and found a way out of difficult life situations.

The Thor cross is a cross decorated with the head of a wolf. This amulet can be both female and male. It is intended for people on the road in the literal and figurative sense of the word. It will help travelers and people whose work is related to travel. It will help them stay on track and keep their lives and health. For those who are “looking for themselves,” the amulet will “show” the “right path in life.”

A snake biting its tail symbolizes unity, eternity and the cyclical phenomenon of nature. As an amulet, this symbol is “enclosed” in the ring of Ouroborus. The magic of this jewelry consists of its “unusualness” and the talisman’s ability to help its owner gain wisdom and develop intuition. The ring will help you make the right decision at an important stage in your life and achieve the desired goal with the “least loss,” bypassing all obstacles.

For fans of ancient Scandinavian magic, the double ax is associated with strength and power. Indeed, this amulet, which cannot be considered female, makes its owner stronger and more self-confident. It is perfect for “senior” leaders and warriors. With it, a person will win any battle, be it on the battlefield, in business or in personal life.

The Helm of Terror is an ancient sign of Scandinavian magic, based on the Algiz rune. Outwardly, it looks like a cross with branches at the ends. The shape of the amulet depends on the functions that it must perform. There are many variations of this symbol, from simple to quite complex. The main function of the helm is to accumulate energies and increase resistance to evil forces.