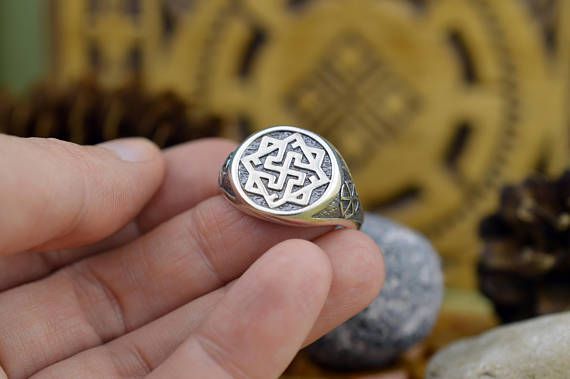 The history of the ancient Valkyrie symbol

The meaning of the Valkyrie amulet

What is the Valkyrie amulet made of?

Valkyrie Amulet - one of the oldest Old Slavonic amulets. Its purpose is to guard the peace and quiet, and its sacred symbol carries the support of justice, nobility and honor. Valkyrie is especially revered by warriors who defend their land, their people, their family, and home. 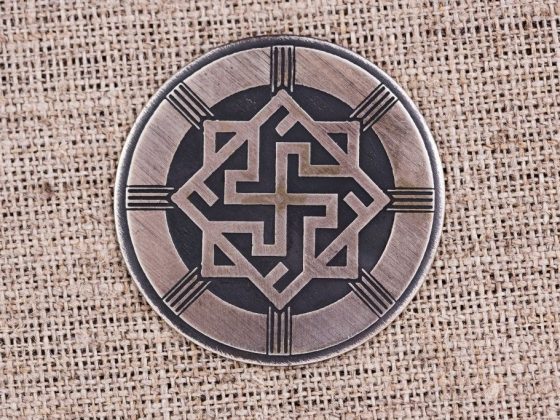 If we look at the photo with this symbol, we will see that the amulet is a circle, which contains a square with a rhombus superimposed on it. And in the rhombus itself is a swastika, which, according to the ancient runes, means movement, light, life, the sun. Also, many researchers saw in the symbol of the ancient Slavs the sun, in which the star is enclosed with correctly formed pointed corners. In ancient mythology, there is a comparison of a talisman with the sun, illuminating a fern flower, which has healing power, thereby indicating the healing of the soul and body.

The history of the ancient Valkyrie symbol

Before the advent of Christianity, our ancestors were pagans. They believed in many gods, worshiped them and were afraid, considering their fate subordinate to their power. They wanted to appease them, believed that wearing amulets would protect them from misfortune, and bring joy and peace to their home.

The Valkyrie amulet has Scandinavian roots. In Scandinavian mythology, the image of the Valkyrie represents warlike maidens, dressed in armor and military armor, sword in hand, they were unusually strong, brave and cunning. It is believed that the virgins themselves predetermined the fate of the battle: they empowered the soldiers they liked, directed his sword in the name of justice and retribution. After the battle, the Valkyries haze the battlefield, circling the dead, at that time the virgins sang a memorial song to the dead brave men. Then they lifted the souls of the best warriors from the earth and carried them away with them into eternal life. According to legend, the virgins had wings, thanks to which they flew above the ground.

The meaning of the word Valkyrie means just “gathering the dead”, which, unlike Marena, who takes people who have died by ordinary death, takes only the best warriors who died in battle. Therefore, the Valkyrie amulet is revered primarily by men, defenders of their Fatherland.

The meaning of the Valkyrie amulet

The Valkyrie amulet is considered one of the most powerful and powerful in Slavic mythology. A person with such a talisman is protected by an energy shield from the negative energy prevailing in the world around him. The symbol of the Valkyrie is protection. Protection of the home, family, and therefore the most dear and beloved, for which life continues.

Wearing the ancient Slavic amulet helps to find peace and peace of mind, ascend over difficulties and easily cope with any trials encountered in life.

Of course, first of all, this amulet is intended for men. It carries the strength of a warrior, a conqueror: it is a symbol of victories and leadership over rivals. A talisman with this sacred symbol is undoubtedly necessary for military personnel, people who protect peace and order, and other professions whose work carries courage and risk. Of course, to athletes - because with their desire and will to win, they deserve the support of the ancient Slavic symbol of the Valkyrie. Remembering that the amulet, the protector of the family and clan, the ancient symbol will bring good luck in finding a reliable partner who will accompany you through life, walking hand in hand and sharing with you all the joys and hardships.

Women are, first of all, guardians of the hearth, creating coziness and atmosphere in the house. A talisman like a Valkyrie will endow its owner with wisdom, patience and energy to create.

Parents present their children with talismans with this symbolism on the one hand and affix the names of their children on the other. The amulet will develop in the child such character traits as: courage, honor, courage, nobility.

What is the Valkyrie amulet made of?

They made the amulet with their own hands to charge them with their energy. A female amulet could look like a pendant, a ring. Often, women embroidered the Valkyrie sign on their clothes. The amulet was made as a talisman on which runes with spells could be applied, they often contained the names of their owners. If a woman made a charm for her child, she performed a certain rite to protect against illness and the evil eye, for husbands - a charm with his name to help from enemies. Many warriors decorated the sword blade with the Old Slavic symbol.

The most common materials:

It was believed that a talisman made of gold removes negative energy, gives and restores strength, and a talisman made of silver sanctifies water and heals diseases. Also, the Valkyrie symbol was applied to leather belts and leather bracelets that men wore on the wrist. Sometimes such symbols were applied to the facades of dwellings.

Valkyrie tattoo is currently very popular among the stronger sex: thus, men demonstrate their leadership qualities, self-confidence. The value of the Valkyrie tattoo always gives power and strength to its owner. Valkyrie tattoos were applied to men to combine the energy of the arm and sword.