Different Types of Amulets of Dream Catchers and Their Meanings

What is a dream catcher: the significance of the amulet and the narrative around its creation

What are the different types of dream catcher amulets

How to choose a dream catcher amulet

How to make a DIY Dreamcatcher Amulet

Where to place the dream-catcher amulet in the house?

Dream catcher amulet tattoo: what to do and where to place it

Once upon a time, amulets of dream catchers were only known to and used by people who were into esoteric and mystical views of life. Those times are gone. Nowadays, all kinds of different people have and use dream-catchers. The amulet protects people from having unpleasant dreams and ensures that they only have good dreams.

Thanks to dream-catchers, people can sleep peacefully at night and get the optimum rest they should. This helps them reserve their strength for a new day. In addition to their direct purpose, a dream catcher can become an attractive and original decoration for a home. With its pleasantly colorful details, it gives a bright ethnic character to that home. It is not difficult to buy a dream catcher amulet - it is sold in shops of esoteric goods. Another way is to make one yourself.

What is a dream catcher: the significance of the amulet and the narrative around its creation

In the second part of the 20th century, dream catchers attracted widespread popularity (roughly 60 - 70 years ago). By no means did everyone who bought this item think it would keep them safe from nightmares. Today, a lot of buyers prioritize keeping the existing interior design.

Dream catchers are a product of North American Native American settlements. Nobody is precisely sure when they first appeared, though. Similar magical items were employed for the same reason by some Siberian people. Native Indians from the American continent and Siberia have amulet traditions. However, it is possible that these customs developed independently due to their extreme geographic distance from one another.

We are aware of lovely mythology about the Indian amulet, but the Siberian amulet’s origin story has not reached us. According to legend, one of the Dakota clan’s leaders once sat atop a tall hill. He did a lot of solo meditation. The benevolent spirit of his clan then abruptly materialized as a huge spider. The spirit spoke with the leader for a considerable time, discussing birth, death, rebirth, the mysteries of existence, and the purpose of life.

Then the ghost took the willow branch and woven a circle out of it, filling it with cobweb designs. This was done to make it easier for a man to manifest the good he saw in a dream while awake at night. On the other hand, the evildoers got caught in the web and burned in the morning sun’s light the following day.

Since then, the Indians have started to make amulets and charms in the form of dream catchers. It enabled them to stay free from bad dreams and experience only positive dreams at night.

Nowadays, once a man begins to use a dream catcher amulet, frequent stressful situations and other negative factors do not affect his sleep quality. From here on, experiences like nightmares and feeling sick after waking up do not trouble him. So it helps improve sleep, and a person wakes up in a good mood. Not only that, but he manages to do more, performs everyday work better, and is also less prone to various diseases.

To make a pperson’ssleep calm, filled with good dreams, and to drive away nightmares, the amulet of a dream catcher is placed at the head of the bed. The tradition of decorating the cradles of babies with amulets is especially widespread among the Native Indians of the American Continent so that the ccatcher’sweb confuses the evil spirits of the night and attracts the good spirits to manifest pleasant dreams.

Now-Nowadaystove a cchild’ssleep, a mobilizer in the form of an amulet, is used as a dream-catcher. So if you want to improve the quality of your cchild’slife, you ca,n opt to buy one or make one yourself at home by following a few simple steps.

Among the people of Siberia, the dream catcher was known to be one of the shamanistic objects. Located above the head of the sleeper, the amulet not only protected the sleeper from evil spirits and allowed the shaman to control dreams. With the help of that amulet, the shaman could learn about upcoming events and receive tips for making fateful decisions for the tribe. Therefore, even today, the amulet may be necessary for practitioners of various rites and procedures associated with sleep, for example, lucid dreams. 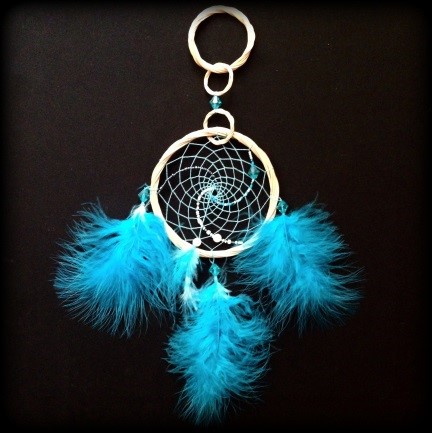 So, how can the dream catcher amulet help a person in the modern world? The amulet will improve the quality of sleep. It will allow you to sleep and rest peacefully at night to meet and spend a new day in a good mood and experience well-being.

Good dreams are believed to pass through a small hole in the middle of the cobweb. The nightmares become entangled in the web section and melt away by the first rays of the rising sun.

What are the different types of dream catcher amulets

Interestingly, the diversity of dream catchers is divided into several varieties. However, all catchers have several common features by which they can be easily recognized, such as 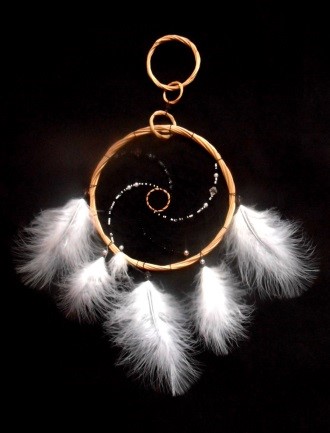 What variety is possible in the traditional form of the amulet? Today, there are three of the most popular types of design, depending on the origin of this magical item:

See also: What Birthday Reveals About Your Personality.

How to choose a dream catcher amulet

Choosing the right dream catcher’s color scheme, which symbolizes many significant things, is of great importance. Here is a list of primary colors and their effect on humans: 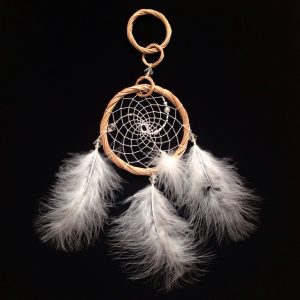 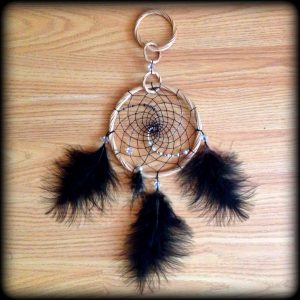 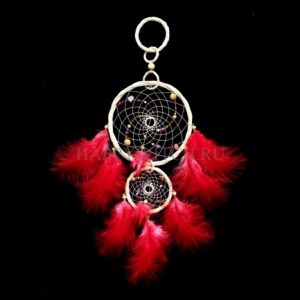 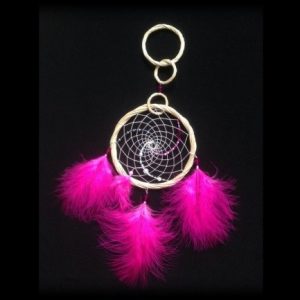 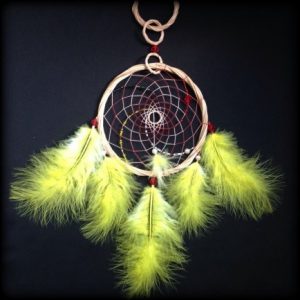 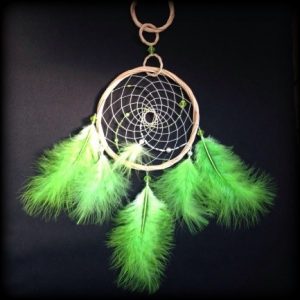 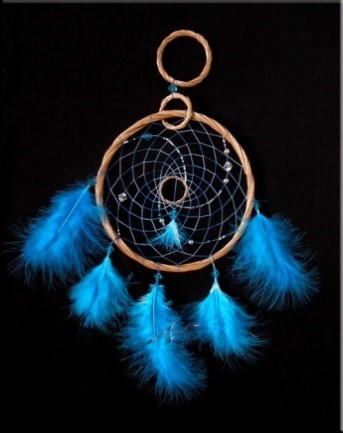 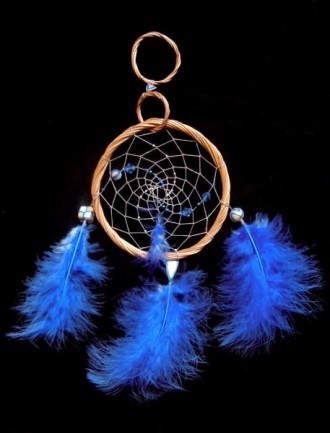 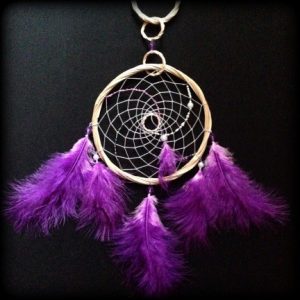 The above information characterizes only the Native Indian dream catcher for the common folk. The sshaman’samulet is made according to completely different principles and for different purposes. The Siberian amulet mainly uses dark colors: dark blue, black, and rarely red. However, people unfamiliar with shamanism should not acquire such a heavy magical item.

See also: The Time At Which You Meet Your Love, According To The Horoscope

How to make a DIY Dreamcatcher Amulet

Everyone can make an amulet on their own. All that is needed is to prepare the constituent elements and show a little perseverance. Prerequisite: the maximum possible number of materials for the amulet must be natural. So, the first prepare:

Once again, recall that all components (or most) should be made of natural materials.

For a dream catcher, wood, bone, and stone beads are used. And choose beads from an amethyst, obsidian, rauchtopaz, or rock crystal. The dream catcher will become not only a talisman that can be used as an accessory but also a talisman that enhances the abilities of the mind and spirit of the one who wears them. Important elements such as feathers are only needed when thrown alive, not taken from dead birds. If you decide to color them (which, in principle, is undesirable), use natural dyes.

The dream catcher amulet, intended for women, is best decorated with an oowl’sfeathers. As for men - iit’sbest decorated with the feathers of an eagle. In extreme cases, a feather of poultry (chicken, goose, etc.) is suitable. True, there is an opinion that such a talisman will be less effective. 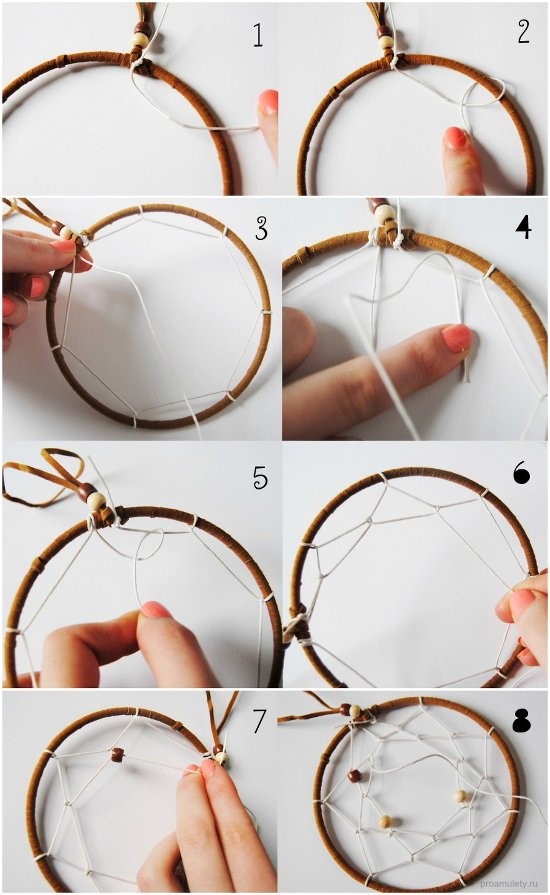 To make a charm at home, follow the instructions:

Where to place the dream-catcher amulet in the house?

Given the purpose of this magic item, a trap amulet should be placed above the head of a pperson’sbed. If this is not possible, then a suitable place would be:

In addition to its direct purpose, the amulet will perform a decorative function, adding to the beauty of decor in a room.

Other magical items are also common among the Native Indians. They supplement or resemble an amulet like the dream catcher. One suor example is an anedicalwheel” It looks like a circle (hoop) with lines crossed in the center and feather pendants below. 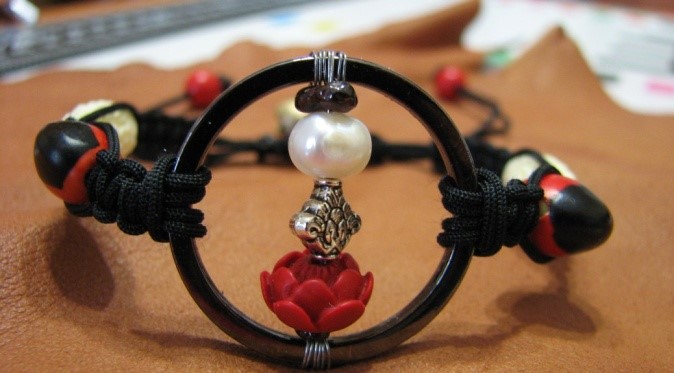 The ring is the life cycle. The spokes inside it are the four cardinal points. They represent the four world races and the four manifestations of man (physical, mental, emotional, and spiritual).

This amulet is intended to remind us of the wworld’sunity. It reminds us that everything is connected and that we should not forget Mother Earth.

Another amulet is the ““fusion f souls.”“  It represents two intersecting hoops. Simultaneously, a “cobweb” passes through the disjoint parts, and an amulet, often a bead, is suspended from the disjoint section. This amulet is designed to protect the relationships and sleep of people in love.

Using horseshoes or shapes similar to that of a horseshoe to make an amulet is also very common. A horseshoe is a sign of good luck and protection from negative influences. This detail will give a powerful energy charge and add unusualness to your decor, whether,r at home or at your work home; it will improve the overall energy, and when used in an office, it will improve relations with clients and the inflow of business, turnover, and profit. 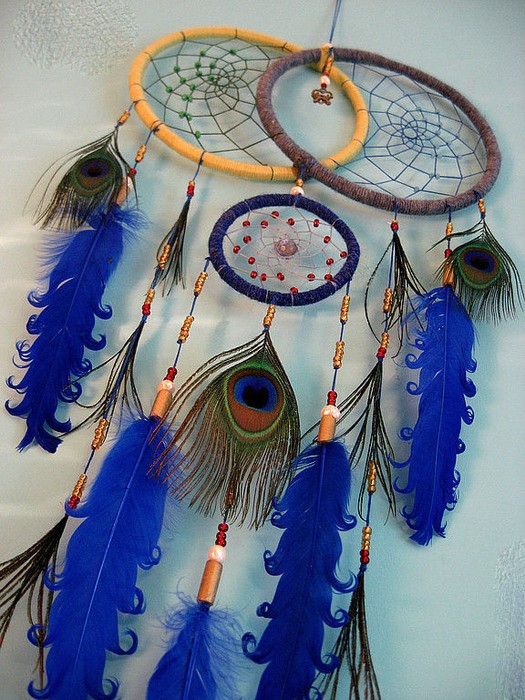 Dream catcher amulet tattoo: what to do and where to place it

The magical image has ceased to be the privilege limited to the Native Indians of the American Continent. Now such a pattern for tattoos is widespread throughout the world. The tattoo master, according to his plan or desire of the client, can significantly change the appearance of the depicted object. 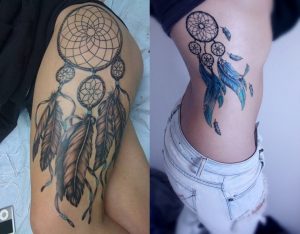 What are the goals of a person who wants to put the image of the dream catcher on their body?

Thus, the tattoo image of the dream-catcher amulet has the meaning of a very powerful talisman based on ancient traditions and freedom.

The closer the tattoo is to the head, the stronger its effect. The neck and forearms are most common for tattooing such a pattern. The positive effect of a tattoo is based on psychological comfort from the presence of a protective sign on the body. Another common place to apply this image is the ribs.