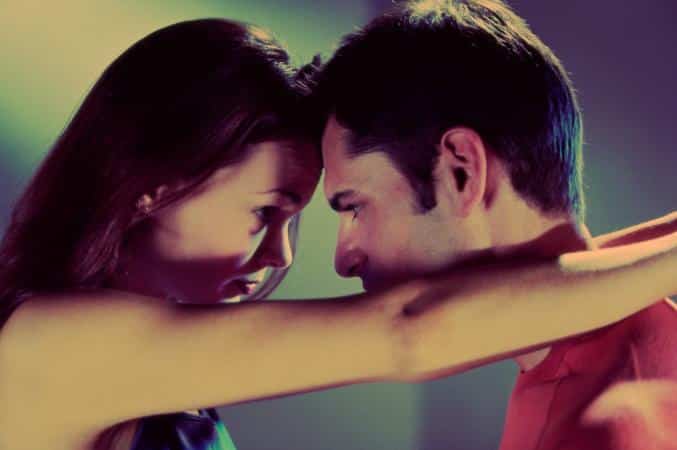 Cancer and Pisces - Love and relationship

These two zodiac signs look forward to much of their love affairs. The Cancer must be careful not to hinder all Pisces in their dreams, as they will begin to suffocate from too many demands.

What is the best aspect of the love relationship between Cancer and Pisces?

How to improve this relationship

The Pisces man is somewhat changeable, which can bewilder the Cancerian.

The Cancer woman always thinks of others but is also easily influenced by her environment. The Pisces is ideal for her since he will make her feel unique, besides that he will treat her very well and with the right romance that she needs.

Although Pisces does not stand out for his sexual passion, these signs can get along very well in bed.

The Pisces is sensitive, reserved, and emotional. Her mood can be changeable, something that can baffle her partner.

He also likes home life, but there may be some drawbacks here with the Pisces man, given his changing personality.

Cancer and Pisces - Love and relationship

The love compatibility between a Cancer and a Pisces is a positive union of two great souls. Both signs are tolerant and understanding, and Pisces draws a wave of energy from the ideas that Cancer has.

Pisces men can open their eyes - to their Cancer woman, to the world of creativity, spirituality, and sexual pleasure.

The practicality of Cancer, in return, can be a guide for Pisces, helping him to realize his dreams and his utopian ideas. This relationship or marriage is “heavenly” because of its incredibly close and multi-dimensional emotional connection.

Cancer appreciates material things: comfortable life, a rich home, so sometimes they cannot grasp the simple and minimalist lifestyle of Pisces men. Although these two may have different lifestyles and tend to achieve different goals, what always connects and adds value to their relationship is their emotional depth and sexual connection.

These two zodiac signs look forward to much of their love affairs. The Cancer must be careful not to hinder all Pisces in their dreams, as they will begin to suffocate from too many demands.

Pisces men live to create a good connection with the people in their life, and when this characteristic comes in combination with the intuition and tenderness of the Cancer woman, there is no stronger bond than this.

Cancer is intuitive in love and life and wants to achieve goals with a well-thought-out idea in mind and a solid plan written on a piece of paper so that she can follow her steps.

The Pisces man, on the other hand, relies on instinct most often in achieving their goals. Even if the Cancer woman, like their love partner, compiled the plan and gave Pisces a ready one, he, metaphorically speaking, is likely to lose it. This means that the Cancer woman should give Pisces man the freedom to follow his interests and allow him to do what he wants without being afraid of his statements and expectations.

Pisces can show the Cancer woman that successful completion of work can be much more important than initiative and that a commitment without a fight can sometimes pay off.

What is the best aspect of the love relationship between Cancer and Pisces?

Pisces men and Cancer women feed each other off the energy of their loving partners and are very complimentary lovers.

The best aspect of their relationship is their similar emotional nature. They are well understood, supported, and nurtured by each other, and both can be put in the role of the students and the role of the teachers.

Harmony, attachment, and empathy with the attitudes and feelings of the loved one are what keep this association very strong.

When the naturally creative and intuitive Pisces meets the already emotional and sensitive Cancer, things are destined to flourish in the most unexpected ways. They give their all to make things work, the romantic and internal breadth of these two being enough to create a splendid and sublime relationship that will last over time.

Plus, they’re also incredibly gifted with creativity, adding even more common interests to the agenda.

The love and sheer compassion these two are capable of can stand the test of time and create a healthy bond that is unlikely to run out of fuel, especially considering their resourcefulness and imaginative drive.

They are quite sociable and talkative too. The Cancer woman and the Pisces man are two individuals who will ask for nothing more than good friends and a good place to call home. The rest will be taken care of by itself.

Their relationship is primarily based on sharing feelings and the synergy between their minds and their emotional tendencies. Emotionally they are by far the deepest and most charming of all the zodiac signs.

It is very interesting and intriguing to see these two meet, strike up a conversation, notice the things they have in common, and then follow up with a confession from the depths of their souls.

How to improve this relationship

The Cancer-Pisces bond has excellent compatibility, but this does not imply that the relationship will work. Fortunately, the stars smile at this couple, this allows them to recover more quickly from their problems ...

The Pisces is a man who, although he does not show it easily, is always sensitive. This Cancer woman knows this and likes it but sometimes she looks for a man with more sexual passion or at least with the passion that she noticed at the beginning of the relationship.

Therefore, in bed, it is essential not to be selfish: the pleasure is in giving and receiving, in all the ways that imagination and fantasies can conceive, but it should always be enjoyable for both. If they maintain that initial spark, where they gave each other pleasure, the couple is guaranteed to flourish for many more years.

The Pisces man is somewhat changeable, which can bewilder the Cancerian.

Both have very different ways of seeing the world. Sometimes they will not agree on many issues, therefore they should take this naturally and never confront each other on issues that are not important.

Luckily for the Cancer woman, the Pisces is usually quite homey. If she sees that he seeks to leave home too much or likes being alone too much, it means that something is up.

The Cancerian woman is quite curious. She should be careful with that curiosity because the Pisces man can be greatly affected in his self-esteem if he discovers that she is being distrustful. The woman must be very sure that her man is unfaithful before confronting him.

The Cancerian women are usually organized, patient, and stable. They have ideal characteristics to be a wife and mother. This is something that any man can value, especially the Pisces; unfortunately, she sometimes tends to feel insecure and unloved by her partner. The insecurity is probably internal, but it is important that she really knows if he loves her ... therefore her man must fill her with affection, if not with words it should be with gestures. Otherwise, the relationship will not prosper.

At first, the Cancer-Pisces couple dreams and projects their life in the long term. They have many points in common luckily. It is important for both to always comply with those projects and objectives that have been proposed because, otherwise, they can cause disappointment if the couple cannot achieve them. Unless the effort to meet those goals is noticed, it may not be enough.

I am a Cancer woman, I met a Pisces man a year ago. Still haunting me. In general, the Pisces man is kind, passionate, sweet, and thoughtful. Always gave a feeling that I was important to him. No one fell in love with me as much as he did. It seemed that he saw through me and said exactly what I wanted to hear. In the end, we began to live together, and it was so amazing.

I could not imagine a more perfect cohabitation. But then somehow it turned out that I became bad. Somehow I caught him with another girl, he said that she was just a friend. It was very painful. So many fantasies collapsed. I’m naive of course but not stupid. We broke up and it was very bad. Tried to date someone else. This is probably why nothing else has grown together. So much time has passed, and I still consider him the only man whom I loved. He was my best friend. Even now he is missing me and I miss him!

I have been meeting a Pisces man. For me, there is no better compatibility. He fully understands me and feels deeply. I like him for his soft nature and reliability. Of course, from time to time he can be impudent and tough, especially in contentious issues or when he is very busy, but when we reign together it is with peace and tranquility. There is a real deep emotional connection in our relationship. Of course, we have had disagreements but they are so scanty that everything is quickly forgotten.

I’m a Cancer woman. Madly in love with a Pisces man. He is something out of this world but I did not confess to him, my love. The understanding is excellent on many levels, especially spiritual and intellectual. We communicate every day, but so far I have not decided to show feelings. I don’t even know how he feels towards me, sometimes his behavior is completely confusing, he can be so mysterious. Recently I gave a bunch of roses to him, he was so surprised! It would be interesting to know more about Pisces men.

Very sensual, intense, and romantic relationship! Over time, we understand each other only better!

My Pisces man is number 1 in my life! I feel our love forever!

I am a Cancer woman and really love my Pisces man. He is the most faithful person of all that I have met. But it took a lot of patience to get him wrapped up. If he loves you, he will be very careful, but if not, then you will know about it very quickly. Just give him time and you will surely be rewarded. He needs to learn to trust you and feel comfortable so that he does not get nervous. If he really loves you, everything will turn out right and happiness will come.