The Amulet And Lucky Charm For Each Zodiac Sign In 2023 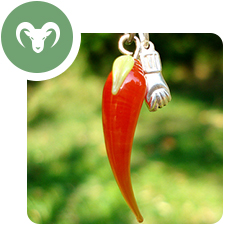 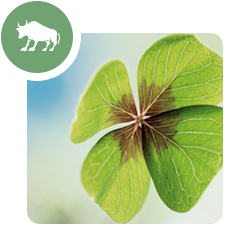 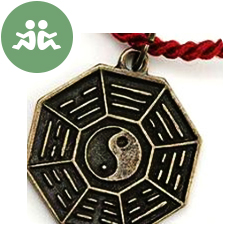 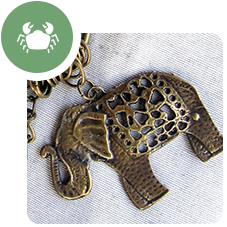 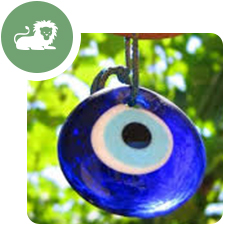 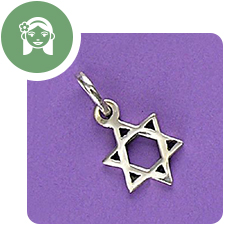 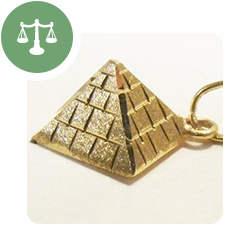 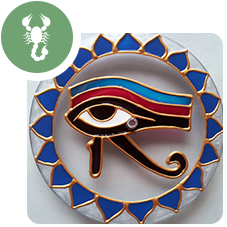 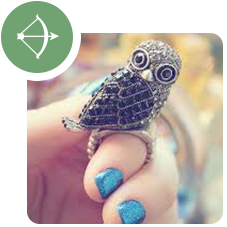 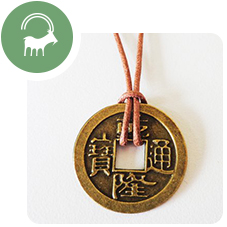 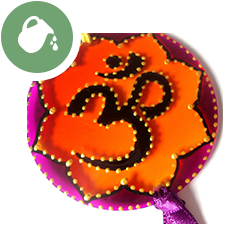 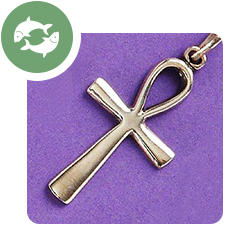 Pepper: This amulet is one of the best to ward off evil eyes and envy, as pepper would ward off bad intentions with the same force that attacks the taste buds. It is believed that the plant sucks the negative energies into itself due to its vibrant color that attracts glances, warding off bad luck.

Sun: The universal symbol of prosperity, protection, and luck. In some cultures, the sun symbolizes life and deities. Represents light in the environment when viewed regularly.

Four Leaf Clover: Because it is very difficult to find a four-leaf clover, luck is attributed to those who find and carry some of it. It is a natural talisman, a symbol of luck and longevity, and also highly recommended for luck in games.

Yin Yang: Symbol that came from Chinese philosophy and represents opposing energies upon which all things in the universe interact. The Yin side is painted black, which means darkness; the Yang side is the clarity. It is used as a talisman to neutralize and balance the energies.

Bell: Bells are used to ward off bad energies, harmonizing the person with the environment in which they are. It also helps to strengthen the spirit of unity among friends.

Elephant: The elephant is considered a symbol of longevity, wisdom, and strength. When the trunk is up, it drives away bad energies and brings luck. It also attracts wealth and prosperity.

Moon: one of the most powerful charms, brings joy and luck in love. It represents fertility and sensuality, as well as strengthening the unity between relatives and combating negative energies in the environment.

Greek Eye: One of the most common amulets, widely used in bracelets and necklaces. It protects against the evil eye, envy, and also transforms negative energies into positive ones. It is believed that when the Eye is found broken it means that it actually protected the person from negative energy and eventually broke.

Figa: It is presented as a closed hand, with the thumb between the index and the middle finger. It is used to ward off evil spirits and attract luck. It is considered the charm of happiness. The lion usually cares a lot about his image and dislikes basic charms, a nice touch of elegance to any of the lucky symbols would be silver chains to turn the charms into accessories worthy of a Leo native.

Dove: Talisman that symbolizes peace, delicacy, and moderation. This bird has several meanings, which change in each type of culture. It is called a messenger for its ability to rediscover the nest. Having a figurine at home brings tranquility and peace to the family.

Star of David: Ancient and powerful magic symbol. The Star of David is a six-pointed star formed by a two-triangle hexagram that, when used in the body or the environment, attracts protection and drives away bad luck.

Pyramid: The pyramid gives people determination to achieve their goals, strength for their plans to progress, and rejuvenates them. When used as a pendant in a chain that touches the chest, it brings health and distributes energy. This amulet captures the positive energy of the environment and transmits it to those around one who wears it.

Heart: The heart is a symbol of life and will. When used as a talisman, vitality, and energy will not be lacking. In Egyptian culture, this symbol was considered an emblem of spirituality. It helps to increase the couple’s loyalty and attract more luck in the love affairs. To maintain the Libran charm, it is a good idea to carry the pendant charm, it is very easy to find it in an online jewelry store.

Eye of Horus: symbolizes strength, power, courage, and protection. It represents the look of the god Horus of Egyptian mythology and is a sacred symbol that corresponds to the Sun (right eye) and the Moon (left eye). The amulet is often used to bring luck and ward off evil.

Mandala: Mandalas are designs used to stimulate meditation and concentration. The center represents the deity and around are the representations of the human personality. It is a universal language of the soul. When used, it transmits energy, vibration, and a state of mind.

Horseshoe: Used behind the door of the houses, the amulet protects the home, brings good luck, and drives away evil spirits. Some believe it drives away witches, wizards, and spells. It is one of the oldest and most popular talismans, bearers of luck and positivity. Its half-moon shape is a strong element of esotericism.

Owl: The owl is associated with enlightenment when someone is lost in darkness. Therefore, it has the meaning of “seeing the whole”, through wisdom it gives the possibility to see things in total. The owl sees what others do not see.

Chinese Key: This amulet has the power to open and close paths and make it easier to conquer and it can close the body against evil spirits and negative energies. She can activate her thinking to help find the best way out of problems. It can also symbolize a greatly kept secret.

Chinese Currency: One of the most powerful symbols of wealth, these are round with a hole in the middle, where the round shape means heaven and the square theft to earth. In Feng Shui, this amulet is used to bring prosperity by hanging behind the door or storing it in the wallet.

Hamsá Hand: A stylized hand used by Muslims and Jews is considered an amulet for protection. Hamsá means five in Arabic, a reference to the fingers and five levels of the soul. When you bring an eye drawn to its center, it scares the evil eye. It also protects against disease.

OM: OM is an Indian mantra that represents the sound body of God, an aid to spiritual evolution. Serves for protection and to attract good energy. It is chanted as the sequence of the letters AUM and represents consciousness, omnipresence, omniscience, and omnipotence.

Ansata Cross: Also known as Ankh, has its origin in Egyptian civilization. The oval top of the cross signifies the key to life, the entire symbol signifies eternal life. It is a protective amulet and is widely used in rituals involving health and fertility. Those who use it are protected by the Egyptian gods.

Butterfly: The butterfly is a talisman that brings marital harmony and loving happiness. It is important for those who wish to take care of body and soul. It brings harmony to the home and also means transformation and personal growth.