Don't Try It: The Worst Love Combinations Of The Zodiac 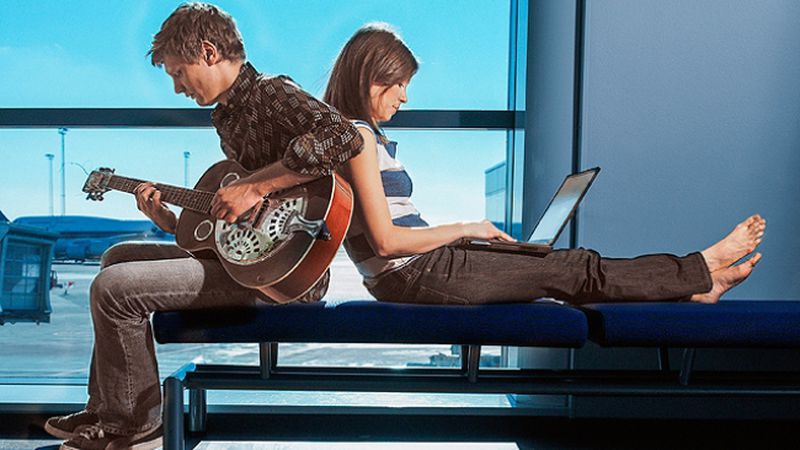 Then don't say we didn't warn you. These are the worst combinations of signs when it comes to love

Some signs are more compatible with each other, and others are carried like cat and dog. Knowing it helps you avoid those relationships that have a high chance of not working.

Then don’t say we didn’t warn you. These are the worst combinations of signs when it comes to love:

These two signs live in entirely different worlds: one is fire, the other water. At the same time, Pisceans are passive, subjective, and patient. Aryans are active, objective, and quarrelsome. It is a complicated relationship, a union that is not advisable if you don’t want to have problems.

In this relationship, the point that can bring more discord is not the differences but the similarities. Neither of them usually takes shit home, and there should be no stone left unturned in a fight between the couple.

Taureans are possessive and conservative. Aquarians, modern and discouraged, especially with rules and relationships. This relationship would bring excessive jealousy and constant fights over the difference in the personality of both, so it would not be a good mix.

Geminis take the young and immature spirit. They can often be inconsequential and do not care about feelings and love relationships. On the other hand, Capricorns are mature and moody. One means summer, and the other means winter. This union would bring fights and headaches for both.

Cancerians are sensitive, needy, and dependent, and they like to have someone always around. Aquarians, on the other hand, are independent and detest any emotional manifestation. This relationship would hardly work or bring benefits.

Emotion, sensitivity, and tradition are some of the keywords of Cancerians, who always bet on conservatism. Sagittarians are connected to pleasure, do not usually care about traditions, and live life without worries. Conflicts can stress the couple who, due to their differences, would not support the fights.

Leo and Scorpio people have similar characteristics, such as determination and strength. Both do not give up giving the last word and never leave aside their opinions and decisions. In this relationship, both decisions and wills will clash.

Here the conflict is generated by the personalities, who are entirely different. Leo’s aggression and determination can come into shock with the Piscean passivity and lack of positioning. The block between the positions can be so much that the two will not express their identities.

Virgo people are wholly discreet and detest excessive emotions and fights. On the other hand, Aryans are pretty impulsive and cannot reason when they lose patience. The differences would slowly kill any passion, and the coexistence between them would be unbearable.

Librans are rational and refined, and their emotions always pass through a sieve before being exposed. Scorpios, on the other hand, are driven by their impulsiveness and do not have any kind of filter to express their emotions. The differences would cause a distance between them.

In this respect, the energies are opposite. The couple’s incompatibility links to the Scorpio’s need for emotional depth with the Gemini’s superficiality. It is not a relationship that would bring benefits but headaches for those involved.

Scorpio people are intense and emotional. Aquarians, on the other hand, most of the time, put their emotions aside and work from the conclusions of the mind. These differences can end up separating the couple for good.

Sagittarians are idealistic and independent. On the other hand, Taurus people are possessive, controlling, and extremely jealous. This mixture can bring daily fights driven by slight differences, but they end up wearing the relationship.

Capricorns are known as the elders of the zodiac: they are born old and wise. Aryans are known as children: they never mature. One is winter, and the other is summer. This is a relationship that has everything not to end well.

Capricorns are very discreet and have some problems when it comes to expressing feelings or opinions. Leos are opposites: exuberant and love to be the center of attention. It is a complex relationship, a union that is not advisable if you don’t want to have problems.

Aquarians need a space for themselves, and they need freedom. They cannot cling to anything from the past and have easily seen the page. Traditions guide Capricorns, and the past and present are always in everyday life. Because of these differences, the relationship is not advisable.

This mix in a relationship can be problematic. Aquarius people find it challenging to deal with the emotional world. On the other hand, Pisces people are entirely emotional. Spikes of invasion and coldness can destroy the relationship.

Their way of life and worldview is entirely different. Pisces lives in a world of illusions. Capricorn people are materialistic, as opposed to Pisceans, lacking in ambition. One’s lack of realism clashes with the other’s excess reality. Stay clear!

Pisceans are emotional and deep, and they like to express their emotions whenever possible. Geminis are not used to delving into any subject, mainly related to the relationship. The relationship between the two can bring many headaches. Caution!