Why does your ex keep thinking about you according to your zodiac sign? 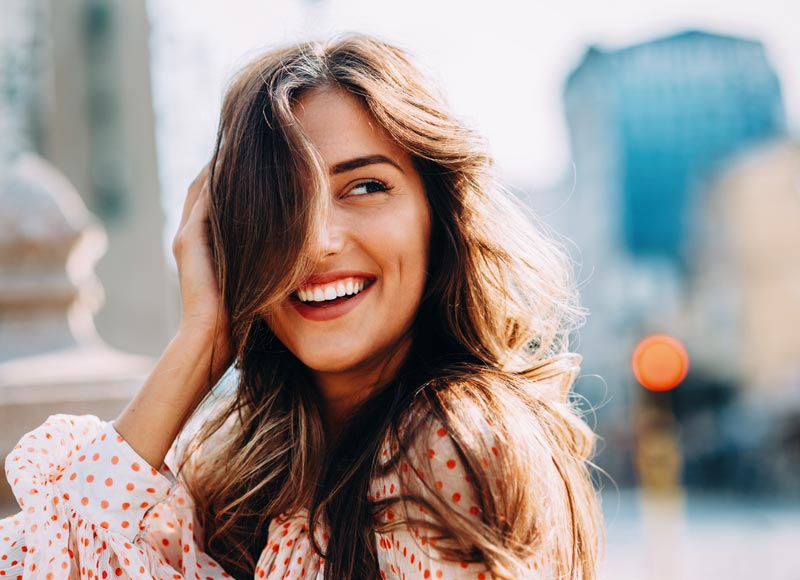 ARIES (From March 21 to April 20): Your ex keeps thinking about you because you set his Aries world on fire, because you took him out of his comfort zone, because you made him feel alive and later, when you left, only ashes remained. Everything is bland without you. You were the light, you were the spark of life, and nothing is the same without you. Of course you had your character, there is no doubt about that, but in the end, thanks to that character you did a thousand things with that person. Although it is past for you ...

TAURUS (April 21-May 21): Your ex keeps thinking about you because you were a trustworthy person, his greatest accomplice and someone he knew would never let him down. Now that you are gone they have had to find another shoulder to cry on, another person to unburden themselves with ... You were one of those people who ALWAYS go through the lives of others to make them a little happier and above all, to make them feel more secure. in themselves. Now, they feel lost without you.

GEMINI (May 22 to June 21):  Your ex thinks that when you left, you took something very important, your way of loving, your way of loving, your affection ... Somehow, they felt special by your side. And it is that you made them feel safe, you transmitted all your warmth to them, and although your sign may seem the opposite, you always tried to protect them from all your shit. Seriously, you are more generous than the world thinks but that is gone.

CANCER (From June 22 to July 22): Your ex thinks about you because he knows that it is super complicated for someone to take care of him as you did. He probably realizes that the way you love, even though it was a bit overwhelming at times, is 100% real. He probably believes that no one will love him more than you, with his pluses and minuses. You cared deeply about everything that could happen to him, you always looked out for his interests and for his good. Something that perhaps no one does now.

LEO (July 23 to August 22): Your ex thinks about you because you are irresistible Leo. Every time any of your ex sees you, they realize that you don’t fall for anything or anyone. What’s more, if possible, you look even better because you look for yourself again instead of for them. And that means taking care of yourself more, pampering yourself more and dedicating yourself more to yourself, all the time, Leo. You were one of the best things that ever happened to them and every time they come across you they think about it again. All the time.

VIRGO (Aug 23-Sept 22):  Your ex thinks about you because his life fell apart once you left Virgo. You may be too meticulous at times, even getting very upset with your order and the way you do things. But in the end, that was what ultimately made your ex a helpful person. Yes, you made his life have a kind of order, you looked out for his well-being. You were in the most difficult moments, and you gave the best advice. You did not leave because everything was difficult but because you did not feel appreciated. Your ex thinks about you because they didn’t realize what they had until they lost it.

LIBRA (From September 23 to October 22): Your ex thinks about you because you were the one who kept him away from the dramas. You were that person who took away the iron from everything, that person who played down those things without much sense. And obviously you had your thing and you defended yourself when they attacked you, you always tried to stop it from happening. They think of you because you made everything easy and simple. You gave clarity to their lives, and now none of that is.

SCORPIO (Oct 23-Nov 22): Your ex keeps thinking of you because he felt your 100% support when he had to make important decisions. You made him feel safe and stable. In the end, you give a lot of security in the lives of others and help them a lot to make important decisions. They still think about you because they miss all that advice and your approval. And the tranquility that you gave, as if nothing bad could happen next to you.

SAGITTARIUS (From November 23 to December 21): Your ex keeps thinking of you because he loves your life Sagi, because you are independent and you do not need anything or anyone to walk. Because he loved how you took life and the good humor you had. It is true that you have your thing, but deep down, nothing matters so much to you to piss you off too much. When you leave a relationship it is not because you reach the painful end, but because you already felt that that end would come sooner or later ...

CAPRICORN (Dec. 22-Jan. 20):  Your ex keeps thinking about you because you don’t approach them at all, because you know how to ignore and because even just out of pride, you make your life whatever. You are in complete control of your life and you will not be willing to send them messages or put yourself down for anyone. This is precisely why they fall even more in love with you. Your ex thinks you don’t miss him, which makes him want you to miss him. That’s why he remembers you ... Because he couldn’t with you.

AQUARIUS (Jan 21-Feb 19): Your ex keeps thinking about you because he misses your conversations, those deep conversations that kept him awake at night. You were the only person who made him feel heard and understood. A super dreamy person saw you and remembers how you told him that you would achieve your dreams and your goals. Perhaps you have already achieved them. Your ex thinks about you because they know they won’t have as special a connection with anyone as they did with you. He misses you because even though you could be a cold person, you gave all the heat in the world when you wanted.

PISCES (February 20-March 20): Your ex keeps thinking about you because they know you were a person who could put up with a lot of things, a person who fought for what they wanted, including personal relationships. He thinks about you because he knows that he will not find someone like you in the long run, because you were a retailer and because he keeps all your gifts, letters and other handmade details that you gave him. He knows that no one will forgive him as you have. knows that nothing will be the same.