What Kind of a Fuckboy Are You According to Your Zodiac Sign? 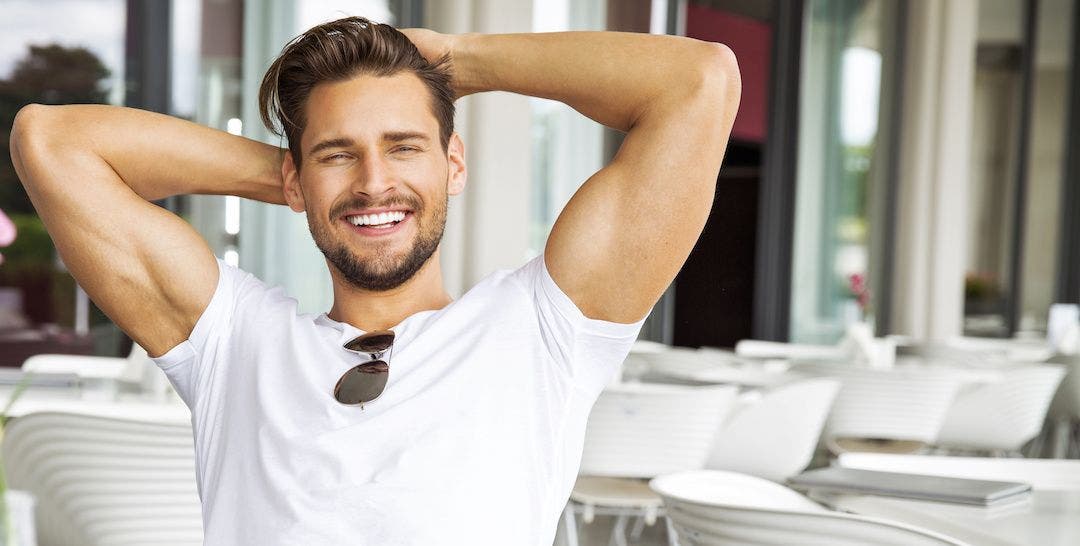 For all those who do not know what a fuckboy is , the term refers to a person, in this case a boy ( boy ), who only wants you for what he wants you ( fuck ). A lifelong baddie. The typical boy that everyone falls in love with because of that strong energy that he gives off. Then in the end, it will surely end up breaking your heart. That’s right, but these guys have something that makes everyone fall at their feet. You have to be careful and know how to identify them, because these guys are quite manipulative ... They want you to fall in love with them and then, surely, they will ghost you . Their intentions never match what they actually do afterwards. Be careful because there are also fuckgirls, but in this case we focus only on the boys. What kind of fuckboy is that boy that you like so much? You just need to know what your zodiac sign is . What kind of fuckboy are you according to your sign .

The Aries boy is the typical guy who likes people to acknowledge all his merits. As many professional merits, as physical or more personal. They may not mean to hurt you. You just want to have fun and enjoy yourself without compromise. Don’t get hooked on him until you really know what his intentions are. It is a warning. Before falling in love for real, the Aries boy wants to study what your options are and experiment with each one of them before sticking with the final one. Don’t be surprised if one day he tells you that he loves you and the next day he shows no signs of life. It is so. If you are going to fall in love with this type of fuckboy , you have to take that into account.

Taurus is a rather suspicious sign, but it tries to put on a mask to pretend it isn’t. The Taurus boy is going to assume that he is the most important person in your life, even if you have not given him any kind of option. He is going to make decisions for you, he is going to make you believe what is best for you without having barely any idea of what you are like. He is very fond of details and will give you little surprises that will make you fall in love with him even more. He can be too nice to you, but be careful, because when you least expect it, he will be trying to control everything you do. The bad boy Taurus can get very jealous and when this type of fuckboys is jealous… Be prepared.

It is quite a mystery. He is someone difficult to understand. That is possibly why I have you so hooked. You will want to know what is behind it, what is hidden behind that mysterious appearance. Actually, it is much easier to discover than it seems. You will realize that the Gemini fuckboy moves by impulse, by what he feels in each moment. He is a very changeable person, perhaps today he loves you and tomorrow not. It is so. You need to be in constant motion, constant change, otherwise you get bored. If you don’t give him what he needs, he will leave without explaining you. He is also the type of guy who likes to talk about himself very much. And if you’re not going to go along with it, he won’t want to have anything serious with you.

Cancer boy wants to have your full attention. He is very emotional and wants me to listen to everything he has to say. If you don’t, he won’t waste time with you. He will go with another person who does listen to him and who he can cajole with his charm. You will think that he is someone with a huge heart, a very romantic boy, but in reality it is all an illusion that you are creating in your mind. Be careful because these types of fuckboys are the most dangerous. They excite you with one thing and then they break your heart into a thousand pieces. The Cancer boy has a special charm, but he’s actually a double-edged sword.

Leo tries very hard to be the best at everything. It is the typical one that seduces everyone, the one with thousands of people behind him. He’s super confident and mature through life, but he’s actually got a ton of insecurities. Try to hide them under that cape that he puts on to try to be some kind of super hero that everyone adores. The fuckboy Leo wants you to tell him all the time how handsome he is, how well he does things, how mature he acts ... But then, surely he will not be able to show interest in you or confess that he feels something, even though be the least. In addition, it bores with incredible ease. Without a doubt, you have to be very careful with these types of guys. You’re going to fall A LOT in love with him if you’re not careful.

The Virgo boy is someone with character, with a lot of character. Possibly the most honest and clear of the entire Zodiac. He is not going to create illusions and then break them. At least it’s something to be thankful for. He is a boy who is going to conquer you through his sincerity. The problem comes when it comes to getting more sentimental. The Virgo fuckboy is  not going to give you the love you need, not even 1%. Do not demand more, because it is what it is. He’s not going to make promises that he knows he won’t be able to keep. But don’t be surprised if it disappears for a season and then comes back like nothing. Emotions overwhelm him and when he begins to feel something, it is very much to disappear ...

Be very careful with the seductive power of the Libra fuckboy . He has too much on his mind and he can hurt you a lot almost without meaning to. It is not his fault, in fact, he does not intend to break anyone’s heart, but his mind is ahead of him. She will hardly ever express her real feelings, but she may say things to satisfy you that she doesn’t really feel. You will seldom know how he really feels about you. He is a very difficult boy to handle and to understand. He has such a mess on his mind that it probably makes you doubt yourself. It can be fun and carefree, but the emotional bond never fails.

Scorpio is an expert in being a fuckboy , but from the beginning he is going to make it clear that possibly, with a 90% probability, he will end up breaking your heart. His priority in his relationships is sex and if it doesn’t work out with you the way he needs it to, he will go away. Before falling in love with each other, Scorpio wants to know if you are compatible under the covers. He wants to enjoy himself to the fullest before falling in love and settling his head. Scorpio will never hide what his intentions are. If it ends up breaking your heart, it’s partly your fault. From the beginning you know that what Scorpio wants is to enjoy sexuality.

The boy who runs away from commitment at all costs. This fuckboy is what makes you sure ghosting  at some point in your relationship. Whether consciously or unconsciously, there will be a day when he stops responding to your messages or becomes colder and more distant than ever. He gets bored with incredible ease and if you don’t give him what he needs, he will start looking for another hobby that will make him more fun. He is a very flirtatious boy and will have a long line of people waiting to pretend to him. Emotions are not her strong point, really. He is a person who does not usually establish emotional ties with almost anyone, unless he falls madly in love with you.

Capricorn is a boy who will attract you because of his powerful character. Right from the start, he is someone elegant, super educated and with many plans for the future. You will fall in love with him because you know that a good future awaits you by his side. What you don’t know is that he is a boy who loves solitude. He cannot bear to have his personal space invaded and his plans thrown out of whack. He is a very stubborn person, he always has to be right. He’s never going to let you win. The Capricorn boy is zero emotional. Even after you’ve been dating for a long time, he won’t confess how he feels about you.

Wherever you see him, the Aquarius boy can turn out to be one of the worst fuckboys in  the Zodiac. It’s going to catch your eye from the beginning. He is a boy who has a lot of style when it comes to dressing, who knows a lot about life and has a good taste for everything. You want it to be part of your life to give it a different touch. But what you don’t know is that it is very difficult for an Aquarius to fall in love like this because like this. And much more than committing to have a romantic relationship with someone. Aquarius does not even want to talk about his feelings and it is not that he likes to talk about yours very much ... You are attracted to him due to his intelligence, but as soon as you discover his dark side, it will go away.

As soon as you least expect it, you will have already fallen for the Pisces boy. It is true that it is the sign that is least likely to be a fuckboy , but it can also play with your heart. Pisces needs constant physical contact and attention. He knows how to play the victim to get what he needs from you. Don’t underestimate him because he can be very manipulative if he sets his mind to it. He has a very big heart, but his dark side is not far behind. He will tell you his sorrows and you will want to stay by his side to take care of him, but then he may not love you the way you really deserve ...