What Is the Power of Scorpio? 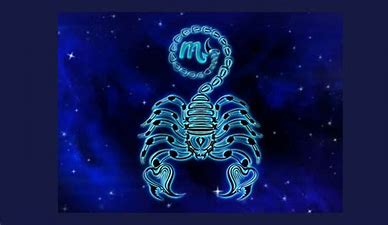 That Scorpio is a powerful sign we all know. But do you know why? More than one (who will not be Scorpio) is going to throw himself on the plate to read this, thinking: “I don’t think it’s so much…” Well, it’s a great truth and has its explanation, which we could summarize in that who controls something has power over that which controls. And Scorpio controls so many things. Do you want to know which ones?

Do you want to know why Scorpio is the most powerful sign of all?

• Because it keeps secrets like no other. And information is power.
• Because he defends what he does with a forceful argument: where does he put that THIS cannot be done? Well, that’s it.
• Because there is no difficult situation for him. There are situations. And seeing them like this in the cold makes them not a problem.
• Because he has a winner mentality.
• Because it is cold and calculating. And when you do, the control that is exercised gives you such power that no one doubts that it is yours.
• Because their ability to concentrate and attention have no competition.
• Because it can work with pressure and give 200%. And not just anyone can do that. He does.
• Because it is hard and resistant. Like diamonds. And does anyone doubt the power of diamonds?
• Because you have something that others need: motivation. Scorpio has it, others need it. Whoever has what others want, has a certain power, doesn’t he?
• Because his ambition makes him strong, it does not weaken him, like others.
• Because sexually it is addictive. And let’s not kid ourselves. Whoever has power between the sheets, has a lot of power.
• Because he is patient and who is the patient gets things, and whoever gets things by being patient, makes them his own for life.
• Because their capacity for strategy is mind-boggling. And good strategists end up being leaders. And the leaders end up having the power (and many of the world leaders are and have been Escorial).
• Because you have a scanner in your mind and know what others want or don’t want.
• Because living in the realm of feelings has to serve to know and use them. Information is power wherever it comes from.
• Because we see from him what Scorpio wants us to see. And that gives him absolute control of many situations.
• Because it is capable of overcoming anything.
• Because his resistance makes him come back from any bad situation. And he does it hardened by the struggle and stronger than ever.
• Because he is a warrior by birth. And he knows what it’s like to fight. Win or lose. And from that experience, a lot of power and wisdom are born.
• Because it protects its own from death. And they feel protected and each gives him a share of power.
• Because he is able to analyze a situation and leave it in his panties. It is done with it. As it is done with everything. As it is done with everyone.
• Because you grow every day seeing yourself how you are and what you achieve. Every day is stronger, every day is more powerful. And the limit to being on top does not exist. It always goes further.
• Because it warns its enemies of its intentions. And that nobility gives him power.
• Because he knows about feelings, even those of his rivals. And when someone knows the feelings of others and is also empathetic, their power grows.
• Because Scorpio always goes all the way. He is a survivor in front of those left behind.
• Because it prides itself even on its flaws.
• Because he never lets his guard down. No one can surprise you. He is always in control.
• Because his emotional potential combined with his passion act as a magnet to control everything that is wiggled.
• Because it has a radar and a very selective criterion to relate to people who also have power. Whatever. But power more power, you know…
• Because everyone knows its power. And it is not possible that half of humanity is wrong, right?