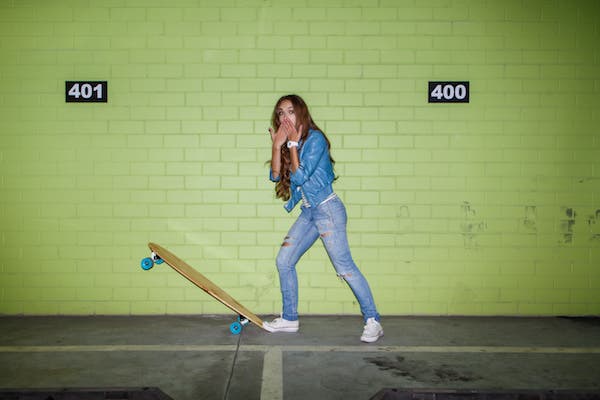 Aries is a person who likes adventure too much, being able to feel free at any time in his life. Everything he does, he does it thinking that it might be the last time he will do it because you never know what might happen. Aries is a person who prefers to live in the present instead of mulling over what may happen. That is why Aries is one of the most impulsive people in this world.

Aries is not afraid of anything and that sometimes worries him because not being afraid can sometimes be dangerous. That’s what Aries hates about himself, not being able to stop for two minutes, relax and think that life is sometimes better to take it easy. But it is impossible for Aries to slow down and relax, it will always be that way.

Taurus is a person who always has his feet on the ground, you will rarely see him rambling. He is clear about things and is not going to let anything or anyone eat his head. He knows that he has to live in the present, but he also has to think about his future, because it is the only way to achieve everything he sets out to do. He does not understand how people can live without thinking about what may happen to them, that does not go too much with him / her.

Gemini has a reputation for being a very changeable person, a person who is not very clear. But, on the contrary, Gemini is a sincere person, the only thing that gives that feeling because he is able to adapt to any situation and that very few people are capable of doing so. Gemini knows how to adapt and wants to do it because they know that this is the only way to be happy. He knows that if he doesn’t adapt, he won’t stop spinning his crazy little head.

But Gemini has one thing that they hate about themselves, and that is that they can love you and within five minutes they can hate you. It is something that he has inside him and he does not understand how he can go from one extreme to another, but if you do something that really hurts him, no matter how much he loves you, it will not be the same again.

Cancer is a very expressive person, it is impossible for him not to express everything he feels, because he feels it with great intensity. If Cancer will keep all his feelings, we could see the end of the world. But Cancer is a very sensitive person and everything he does is accompanied by a supernatural sensitivity. It is true that Cancer on many occasions takes things personal and sets up unnecessary dramas.

Cancer knows that this is the case and that there are many things to improve, but she also knows that she is not the only person who has things to do. But there is one thing that Cancer hates about himself / herself, and that is that he / she worries too much about what other people think about him / her. He knows that he should live his life without caring about anything, but sometimes it is impossible.

Leo is a person who loves himself. You will never need anyone to know that you are a unique person and that you are worth a lot. Many people have a bit of a mania for Leo for this, but Leo is clear about one thing, he does not hurt anyone and there is nothing better in this world than loving yourself. Leo has an unusual security, he will never doubt what he does, because he knows that everything he touches ends up shining.

But there is one thing that Leo hates about himself and is that a lot of people end up getting on his nerves. Leo hates to lose the papers, but is that many times he cannot with the mentality of the people and has to jump. Leo knows that he has to control himself and not lose his temper over someone who doesn’t even deserve his attention.

There is one thing Virgo hates about himself and is that any inconvenience can ruin his day.  He takes things so seriously that as soon as there is something that gets in the way of his plans, there is no one to take away his bad mood. Virgo knows this and knows that he has to start controlling that, but it is impossible for him.

Libra is a person who loves balance in all aspects. You need everyone to be in perfect balance, the funny thing is that most of the time it is Libra who is not balanced. But Libra loves to see how everyone is happy and that something appears that eliminates that balance and that happiness puts him in a very bad mood. Libra is a pacifist person and knows that in his life there is no room for conflict.

But there is one thing that Libra hates about themselves, and that is that sometimes emotional things affect them too much, especially those little things that go unnoticed by others. Libra is always analyzing everything that happens around him and any small detail that affects his emotions, he hates it. He cannot bear to be like that, but he knows that it is very difficult for him to change.

Scorpio is a very mysterious person, it can be a person that you love with all your might or that you hate to rage. Scorpio knows that he is a very intense person and that he assimilates everything that happens to him with too much emphasis. Scorpios can be quite distant, but that is due to all the damage they have done to him throughout his life. Scorpio is tired of having to open his heart to everyone who passes by.

If there is one thing that Scorpios hate about themselves, it is that sometimes it is impossible for them to truly care about someone.  He hates that people who try to love and care for him do not come to be of sufficient importance to him / her, because he knows that sooner or later they will tire. Scorpio knows that this is irrational, but that’s the way Scorpio is.

Sagittarius is a very intelligent and very optimistic person. He will always be in a good mood and if he is not, he will not let you see him. He knows that the world is much better with a smile, so no matter how bad he is, he will always have a smile for you. Sagittarius is an independent person who likes to be in a continuous adventure, that is why he will always seek to relate to people who accompany him on that adventure.

But there is one thing that Sagittarius hates about themselves and is that they always end up placing all their trust in the wrong person. He believes that everyone is a good person and that is not the case. Sagittarius will never learn that you have to walk with lead feet and be very careful with whom you trust. Sagittarius prefers to give a chance and then take the disappointment.

Capricorn is a person with a strong temperament, who normally knows how to control very well. Capricorn is very focused on his professional career and that everything turns out well. He has no need to be in hardships, so he does everything he can to have a stable life. Usually struggles to achieve everything that is proposed.

There is one thing Capricorn hates about himself and it is that sometimes it is impossible for him to control his temper. There are people who know how to turn Capricorn very well, they know their weak points and it is something that Capricorn does not support. He cannot bear to let others know so much about him / her and more when they are people who all want to do is harm him / her.

Aquarius is an independent person, he is a free soul. Aquarius is one of those people who lives his life in his own way, without being aware of what others are doing. He knows that to be happy he has to be like that, he is a very special person and that many people do not understand. That’s why Aquarius most of the time feels like a weirdo in this society.

Pisces is a person who likes to be constantly dreaming, that is, imagining his perfect life. He knows that it is almost impossible to have her, that is why he dreams of her, at least that way he is closer. Pisces is a very sensitive person, one of those who feel everything in a very intense way. He is a very enamored person, he loves love and that feeling of being in the clouds with the person he loves.

But there is one thing that Pisces hates about himself and is that he always ends up falling in love with the wrong person. Pisces knows that at some point the right person will come, but it is very difficult for him to find them. Every love he meets believes that he is that special person and lives it in such a way that he gives everything for that person. And that’s what Pisces hates who gives their all for people who really don’t deserve it.