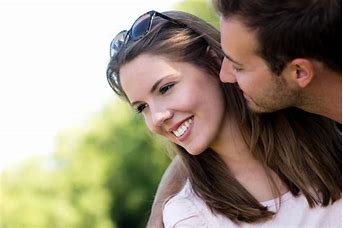 Parallel to sex could come love and there Aries returns again to put a tremendous passion to the feeling.

Let’s see if we can give one more spin to this topic, why deny it? is one of the ones that most interest almost everyone. Even if the money is missing or there is little work (or vice versa) if we have someone out there that we like a lot and on top of that it corresponds to us, there are no penalties that are worth it! On the sentimental issue, Aries boys and girls do just as well. Aries women are very temperamental and warriors and that always puts a lot on the staff. If they know how to control their living genius, the impulsiveness to send everything to shit, and intolerance when something is not to their liking, they will not lack who occupies their heart. Because they are also very independent and with initiative, and that is quite liked by those who prefer women like this instead of little princesses who sigh continuously and need to be carried in their arms as soon as there are four puddles. This is the love life of Aries:

Aries men don’t do badly when they want someone close to their heart either. Or from your bed. That you also do not have to compromise until you are very sure that chemistry works in any position. In their favor, he also says that they are quite sure of themselves and with a lot of initiative. They do it all: they arrive, seduce, release through their mouth everything they feel and go straight to the point. Maybe some people need more courtship, and they will have it, but first, the Aries man clarifies and asks for answers, and if he likes them, then the rest is already seen.

What works best for them is kissing or hugging passionately. Better deeds than words. And with kisses, above all, they gain more ground in a while than other signs flattering and promising to go and know what for weeks. It is easy to recognize the Ariano fire with its kisses: they are unexpected, fast, surprising, very hot, and a little aggressive. They are kisses like impatience of pure desire and put the one in front of the verge of a nervous breakdown (but for the better). Ah! And Aries women are the ones who have the most initiative of the Zodiac with kisses (and with everything in general).

After the kisses will come sex, as is normal, and our Aries take the initiative again to get to bed. Or wherever, because the impatience and desire of Aries mark the way and time. And wherever you touch, touch. Why wait for a bed nearby. Already involved in work, the Aries like the physical contact type fight, with certain possessive violence, exploiting to the maximum the excitement by the way of loving possession.

In this phase, the Rams must be careful not to exhaust the one in front (the one above, below, or wherever the lover is placed). Their displays of strength and vitality do not always find the necessary receptivity. There are people who can’t stand as much or don’t like that aggressive role. And there could be some frustration.

Parallel to sex could come love and there Aries returns again to put a tremendous passion to the feeling.

An Aries in love vibrates while walking from the sentimental intensity that moves inside. Sometimes he sins of idealistic and of thinking that this story is the definitive one, but it is that when he falls in love there is no other option that crosses his mind. It will be the last love.

When real love arrives, Aries lives it 200%. He tells it, plans life together, and celebrates it as much as he can. In a big way and with a certain romanticism.

When heartbreak comes, Aries can fall into infidelity. To justify himself, Aries talks about needs that leave the other hallucinated. And he comments on everything innocently, without also thinking if he hurts his partner or if it is impossible for someone to believe in his childish reasoning. But Aries is the child of the Zodiac, let’s not forget. Although beware, a lot of attention to this, if Aries is unfaithful it will always be because love is over, for a while or forever. If he loves you and feels that you give him what he really deserves, being disloyal is something that is not even considered.

But hey, the truth is that they usually catch him when he puts on the horns. He doesn’t know how to lie, or he turns red, or he lets go of everything before being subjected to a third degree. Sincerity always goes ahead, and if they make it easy, he confesses to date, place, and person with whom he has spent it to death. When it is Aries who gets a pair of horns, he neither admits justifications nor listens much. He drops fire through his mouth and leaves. You may reflect with time and distance but at the moment, you better not even talk if you do not want to end up destroyed.

When there is no possible arrangement, Aries does not give much thought to the subject. He assumes the part that touches him and quickly thinks about how to reorganize his life, even if inside it is broken. There is no other choice. His initiative leaves him no time for laments or reflection. To something else butterfly and to start again, that you win never lacks!