What are these zodiac signs obsessed with? 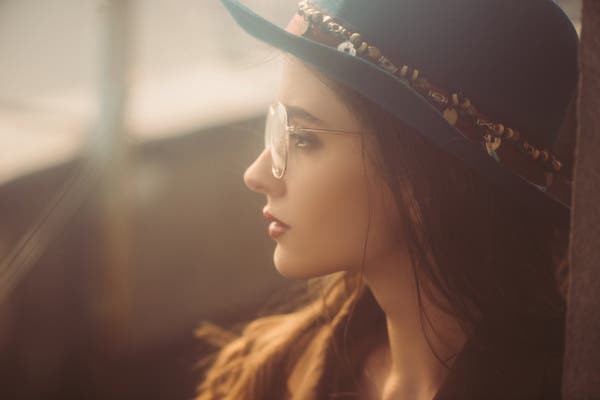 With everything that moves around us, it is difficult not to obsess over something, especially in some moments of our lives. Each person tends to be obsessed with something in particular and that depends on the personality of each one. If you want to discover what it is that you are obsessed with or can become according to your zodiac sign, keep reading and take note.

Aries is a person who is too obsessed with always being in control. Nothing is worse for him / her than not being able to control their entire environment. Lack of control can bring out its worst side, but it is impossible for you not to know what you are doing at all times. He is a person who acts on impulse, but he acts that way because he is almost always in control of the situation. When Aries begins to doubt himself / herself, his whole world falls apart, he is not able to cope with this situation and everything he trusted begins to crumble. You should learn more about his philosophy of life, live and let go because if you really want to live like this you must put control aside.

Taurus is a very intelligent person, he knows very well what he does at all times. Although it may not seem like it, you are obsessed with always being number one. He can’t bear to see someone take his job away from him. He is a person who with work and sacrifice has managed to get to where he has come and seeing that other people achieve it the same without their own merits takes him out of his boxes. He is always thinking about how to become the best at something, so much so that when he deviates a bit from the path, it is very hard on him / herself. You need to stop obsessing over being number one and value everything you have around you, which is no small thing ...

Gemini’s have a serious commitment problem. You are obsessed with the idea that at some point in your life you will have to commit to someone and that makes you very afraid. He believes that when that day comes he will lose all the freedom he has, all that independence that makes him who he is. You are not willing to commit for life. He is a person who knows from experience that things come and go and you have to live in the moment. Gemini should apply the story and live their life to the fullest, if the time comes to commit it is because life has wanted it that way, they should let themselves be carried away as they do with all aspects of their life and that way they would discover incredible things.

Cancer is a person with many insecurities and as such tends to obsess over everything. He is a very emotional and sensitive person, he feels everything with great intensity. You are obsessed with everything that happens around you, but above all, you are obsessed with pleasing others. You need to know that all the people you love are fine and until you make sure of it, you don’t stop. This may be a good aspect for Cancer’s loved ones, but not for him / herself, it tends to be neglected a lot and that causes it not to be valued as it should be valued ... Cancer needs to neglect others a bit and focus more on their own well-being.

Leo is a person who is obsessed with getting attention. You cannot go unnoticed for a single second, you need the warmth of people and seeing that others cannot stop praising you makes you want more and more. This is fine for your own safety, but sometimes that ego gets so high that it can seem like a very pushy person. For Leo, the worst punishment would be to lock him in a room where there was no one to tell him how good he is at everything he does. You need to get all those little birds out of your head and be a little more reserved, it is okay to want to attract the attention of others, but not excessively. Wanting more and more sometimes makes Leo seem desperate.

Virgo is obsessed with turning things around. You can’t stop reflecting and processing everything that goes in and out of your brain. It is okay to reflect on everything that happens around you, but with a limit. The problem that Virgo has is that he spends the whole day turning to the same issues, he cannot stop thinking about something that has not been solved. He is a very perfectionist person and will not stop until things are his / she wants. What you need is to learn to disconnect when necessary because otherwise it will end very badly, it is not healthy to be thinking about things 24 hours a day ...

Libra becomes too obsessed with getting caught when he lies. He is a person who usually goes with the truth ahead, but there are times when he is forced to lie. He does not like anything and feels very uncomfortable, it is not something that is in his nature. That is why he becomes obsessed with lies, he knows that he is not very good in this world and he feels that he will be caught at any moment. He becomes so obsessed with keeping the story so real that he sometimes comes to believe his own lie. Libra should learn that sometimes it is necessary to lie in order not to hurt people and not become so obsessed with something that everyone actually does at some point in their life.

Scorpio is obsessed with taking revenge on all those people who have hurt him at some point in his life. He is a person who feels everything with great intensity and seeing that the people who have hurt him are not suffering as he / she suffered because of him makes his blood boil. What Scorpios must learn is not to become so obsessed with something that will only bring negativity into their life and focus on leaving all the past behind and living in the present. You have a life full of opportunities and with the potential you have, you should not let them slip away. What you should do is remove these people from your lives and focus on living your life to the fullest.

Sagittarius is one of those people who do not have any kind of obsession. They live in freedom without being aware of something in particular, they prefer to live their life to the fullest and let themselves be carried away. It is when he reaches middle age that he begins to obsess over something. His rebellious, happy and carefree side rivals the wake-up call of maturation. Sagi begins to obsess that maybe she should focus a little more and try to get a little more stability. What Sagittarius must learn to be happy and not obsess so much, he has to continue to let go and live his life as he has always done.

Capricorn is obsessed with having everything organized. For him / her entering a room that is upside down is their worst nightmare. He is a very firm person in his ideas and a very hard worker and he knows that to get where he has come he has had to be very orderly. He can’t stand living with people who don’t take housework seriously. Disorder is something that can drive Capricorn crazy. What Capri must learn is not to lose his temper when he sees something messy. What you have to do is take a deep breath and move on from the subject because otherwise he / she will always be the one who ends up picking up and getting a monumental pissed off for nothing.

Aquarius sometimes becomes too obsessed with the idea of not having a choice B. He is a very intelligent person and always has a plan B, CYD for any situation. This is why you become too obsessed with the idea that one day you may not have it. You must learn not to become so obsessed with it and live more in the present. Aquarius is a free being and does not tend to worry excessively about things, when he begins to obsess over something he should stop those thoughts and recover his essence, that is, live in the moment and nothing else.

Pisces is obsessed with the idea that he is going to be left alone. He loves being surrounded by the people he loves and the thought that these people could disappear at any moment terrifies him. Pisces needs affection from their own in their day to day, but in order to be happy in any circumstance they must learn not to be so dependent on others. You must learn that loneliness is not as bad as it seems, as long as you decide to be alone. You do not have to be so afraid of being alone because you never will, you are a person who gives off affection and that is exactly what you receive in your day to day life.