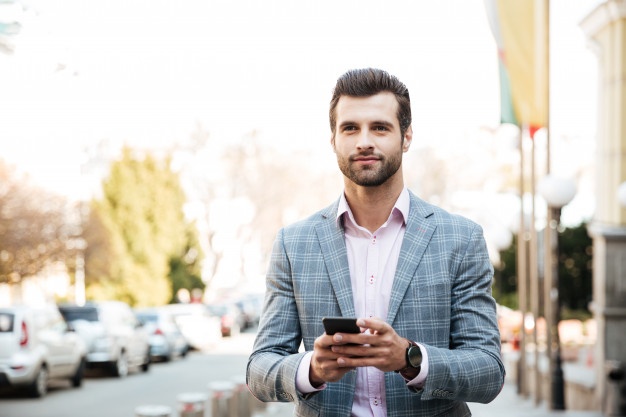 Not everything is always what it seems, not because it is the outside means that you are the inside too, not to say something does not mean that you do not feel, not by not crying you are not suffering inside… These are the secrets of each sign of the Zodiac:

Aries always wants to be first, wants to lead, wants, deep down, to stand out from anyone to show the world that if he wants, he can. But above all to show it to the people he loves. Many believe that he is super competitive, that he only thinks about winning, about leaving the rest behind, that he just wants to stand out. But it’s not quite like that. If you want to stand out, it’s because you need the people you love to be proud of.

He needs those people to rejoice at having chosen him in their lives, feel good, and not be disappointed. Aries is not as selfish as everyone thinks. Aries has a strong dependence on love, on feeling loved, a strong need to impress those he loves, a need to show that you have done well by wanting to stay by his side.

Taurus is able to commit to the maximum with you, in the relationship, because what he wants most is stability. But, even though they are sexually strong and have deep, long-lasting instincts, you’ll likely have to wait a bit. Because if it is launched without feeling something, however minimal, it will only give you a small part of itself, but very small.

Taurus can be very vulnerable but he knows how to control himself, he knows how to be strong as a rock when he wants to and he only enjoys it when he feels comfortable enough. And that sometimes takes time. The bull loses his strength when he falls in love, but he doesn’t let the world know, because he doesn’t want the world to be bad and take it away. Because sometimes, that strength is the only thing he has. Within the secrets of each sign, these are those of Taurus.

Being such good communicators, one may think that he somehow expresses his feelings in each of the things he says. Not really. Their feelings are kept, sometimes, under lock and key.

Cancer is very afraid of being hurt, of being hurt, of suffering again. The fear of just thinking about what may happen makes you very vulnerable to everything. But they tend to hide it as they can, being aggressive, or sometimes even angry.

Deep down he does not want anyone to know about his secret, so many are not able to find out what is hidden behind that anger for which the crab has exploded, or behind that bad face that has put you when you have made a comment. Well, it is panic that they see him weak, that they can take advantage of him, that they hurt him. You will lower that state defensively when you feel comfortable, and you will feel comfortable when you are understood.

Things hurt Leo, and more so when he is criticized for his ego, for that need to feel admired, for his pride. Well, not everything is as it seems. Leo has doubts about himself, many, think about whether he is valuable enough to others, thinks about whether he is doing things right or wrong, and has insecurities. Sometimes appearances are deceiving, and you have to look a little beyond everything. From another prism.

Maybe he asks for attention, and you think applauding him or telling him how good he looks is enough. Well, no, he may want your attention in another way, with a hug, with sincere words, with a gesture of love. Not everything is so superficial. It’s also not that Leo never has self-confidence, but sometimes, more than people think, they feel vulnerable, and when no one looks, they collapse and cry. In the secrets of each sign, here are those of Leo. Although not many imagined that it was so.

Virgo is not a complicated sign but at the same time, it is. And yes, anyone who knows a little astrology knows that, on the outside, he has a calm, reserved, practical face and always tries to plant his feet on the ground. But inside everything buzzes differently. Virgo feels, and feels strongly, and sometimes wants to be carried away by his feelings, for what he wants to do in every moment, for what his heart dictates. But he has a paralyzing fear, a fear that makes him stick to a point because his sense of regret, even if he doesn’t show it, is often strong.

He knows when he does things wrong, and he criticizes himself a million times for it. And that’s why he’s afraid to try again, to start betting without knowing at all if he is going to win. her. He has a really bad time, but that, few see it. Live huge battles inside. Battles that do not let you fall asleep. “I want, I can or I must…”

Libra doesn’t want to be alone. Of course he enjoys his solitude, his moments of peace that he often only gets with himself, but the fact that he thinks that one day he may feel lonely really despairs him. And that is why many times he falls into what he should not, that is why he seeks love in one way or another, the affection that he lacks.

It may seem balanced but in secret, it loses control many times, although it always tries to make the world see that despite everything it smiles, that despite everything, things are going well, that there is always a reason to wake up and a good thought to keep. What the world doesn’t know is that sometimes it smiles but it’s broken, that sometimes things don’t go so well but it makes an effort to wake up, that sometimes there are just dark thoughts that don’t go away or sleep. Not everything is so easy, nor so happy, nor so beautiful…

Scorpio has always preferred that there be a lot of things that are always kept secret, and they will remain so: Something secret. And why does it do it? Because anything you know about them you could later use it against them, and that’s what Scorpio is protected from, it’s their best kept secret.

Sagittarius wants to tie himself to you too, and despite his reputation for panic about commitment, it’s not that bad either. What he is afraid of is that things will go wrong, that he will end up depending on someone. Because yes, no matter how free and independent the archer may seem, when he falls in love, he does it with his eyes closed, and in the end, he even sees himself as someone vulnerable to whom they can order and even control.

That is why he is often afraid of union with someone because he knows that, if he does it with the wrong person, he will be the first to pay the consequences. Whether he wants it or not, his independence ends up becoming dependent when he is blind to love. And not many people know that… Well, now…

Capricorn strives every day to make the impossible possible. Really. He strives to try to make people better people and yes, although sometimes the ways are not the right ones, or the tone of voice is right, Capricorn does not hide evil or desire to fuck life from anyone, least of all from important people. The goat often laments things he has not done, he regrets not having a bet on what he felt at one point, for not having grabbed the train that passed in front.

Even if you see him strong, and safe, and almost without fear, Capricorn thinks about the past, about missed opportunities. A lot. And hence his character, there are things that are not forgiven. Few know.

Aquarius feels emotionally disconnected from many of those around him. But few know this secret. Aquarius listens, empathizes as he can, and tries to give the most practical advice in the world. But he also feels that his way of thinking is light years away from the rest, that his intentions are different, that he sees colors with nuances that nobody understands, that nobody appreciates, that nobody sees.

And deep down he feels lonely, despite being sociable, even though the world loves him. For his ideas, for his extravagant way of being, of thinking, of acting, even of dressing. But under that façade there is much more, there is a lonely heart that, although it is filled with little, is not completely completed with anything.

Pisces knows that he is vulnerable to love, that he even abandons himself to it, with all that this entails, but his secret is not that, his secret is that, under his sweetness, his understanding and his empathy with each of the people around him. He can go crazy when he falls in love, crazy with love, and become possessive, with a million inner fears, afraid of losing, afraid of suffering, afraid of being betrayed. And he gets restless, and a lot. Because he knows what to be in the deepest. He knows what it’s like to be left lying around like a cigarette butt and also trampled on. He knows what it’s like to have to start from scratch.

Pisces can become obsessed and their obsession becomes a problem, and the worst thing is that it is a problem that is difficult for them to get out of. Everyone sees when the little fish is wrong, few are those who know how much he is actually suffering.