Thirteenth Zodiac Sign Ophiuchus: A sensation that is 1800 years old

And the Sun is still revolving around the Earth! In astrology ...

The modern understanding of astrology is very different from the old, medieval one. There is no mysticism or mystery in it, although some "astrologers" try to fog up their "forecasts" and advice, talk about some kind of "karmic" studies, "purification" or "pollution" of the soul, etc.

In astrology, the opposite is true.

The web scares the public again: NASA has “changed the signs of the zodiac”! Like, you are not Aries for a long time, but Pisces .... So? ... You wonder has Astrology lagged behind modern knowledge about the sky?

First, what does NASA - the American agency for the organization of the exploration of the universe - have to do with it? They definitely don’t do astrology. And secondly, the division of the time space of each year into the Zodiac is a conditional occupation. Planets - yes, they change their position relative to the point of observation of them. But the “periods of activity” of Aries, Taurus and so on - this is not affected in any way.

When asked why it was necessary to fool people again? - there is no answer yet. But the media periodically gets a “scientific” sensation: astronomers, they say, have updated the Zodiac, and the signs are not twelve, but thirteen, they say, astrologers do not take into account Ophiuchus in their calculations and forecasts.

To what extent does this all make sense and justification?

In fact, the thirteenth sign has been known for at least 1800 years - since the works of the ancient Greek astronomer Ptolemy, that is, the “sensation” has a very long beard. 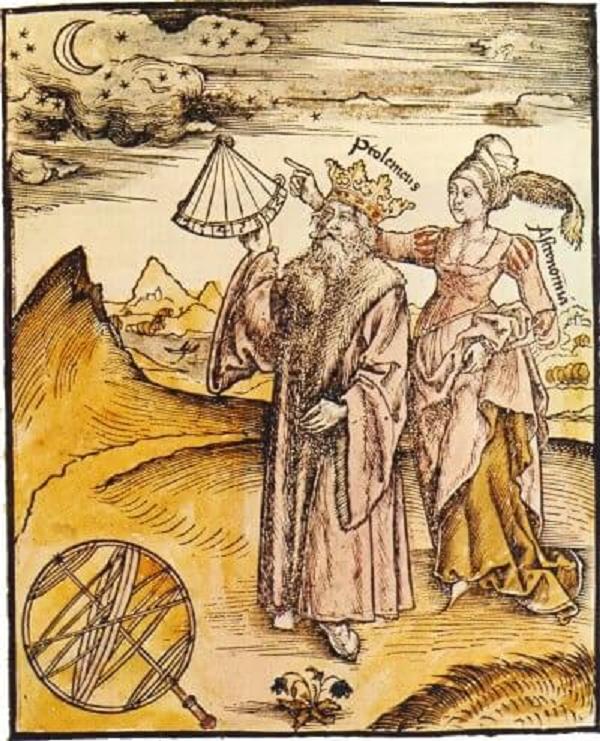 The stellar picture of the last hundred years, indeed, differs from that observed by Ptolemy and our ancestors thousands of years ago. The stars in the sky have indeed shifted significantly. The modern zodiac of twelve signs was introduced by the ancient Greeks, having adopted this knowledge from the Babylonians.

The gradual displacement of stars in equatorial coordinates was noticed by the ancient Greek astronomer Hipparchus in the II century BC. Then the vernal equinox was in the constellation Aries. For more than two thousand years, it has moved to the constellation Pisces.

The reason for this shift is in a physical phenomenon called precession. The rotation of the Earth around its axis has certain features. Its (axis) northern end is not always directed exactly to the North Star. Let’s remember how the top is spinning. Despite its rapid rotation, the axis describes a cone, its end moves in a circle - in the opposite direction. This is called precession. Such a movement is also inherent in the Earth’s axis, so the coordinates of the stars relative to our planet change. The angle between the axis of the imaginary cone and its generatrix (wall) is 23.5 degrees. The cycle of precession for the Earth, that is, when the axis makes a full revolution, is 25,765 years!

Such “migration” of the Earth’s axis periodically leads to the fact that the North Star ceases to be an indicator of the North Pole, and the earth’s surface receives various portions of the sun’s rays. Because of the precession, the vernal equinox moves towards the imaginary movement of the Sun at a speed of 50 and a half minutes, that is, almost one degree per year.

But the fact is that distant stars do not have a significant effect on earthly life. The names of the signs of the zodiac now do not correspond to the constellations , because due to the precession for more than a thousand years, as they were named, the stars have changed their celestial coordinates relative to the Earth.

And the Sun is still revolving around the Earth! In astrology ...

But this does not matter, since in astrology we are not dealing with constellations, but with the ecliptic - the strip of motion of the Sun, which for an earthly observer mentally revolves around the Earth. This line is divided into 12 sections, the names of which traditionally coincide with the names of the constellations that were once projected onto these sections.

The stay of the planets (primarily the Sun itself) in these areas correlates with certain events, characteristics of persons, and social groups born (formed) in a given period of time. And the names of the constellations have nothing to do with it.

Actually, these twelve areas on the ecliptic could simply be numbered (first, second, third ... twelfth), and this would not confuse anyone. By the way, in the system of dividing the horoscope into so-called “houses” (sectors correlated with certain types of activity, objects, phenomena, etc.), numbers from I to XII are used instead of the names of the constellations.

It would be more correct to tie the signs of the Zodiac to the seasons, the change of which depends not on the position of the stars, but on the movement of the Sun along the ecliptic.

You don’t have to “believe” in astrology. One either understands it or not.

It is better to study astrology from books, for example, the outstanding American astropsychologist Noel Tyl, who was born on December 31, 1936, and died on December 31, 2019. 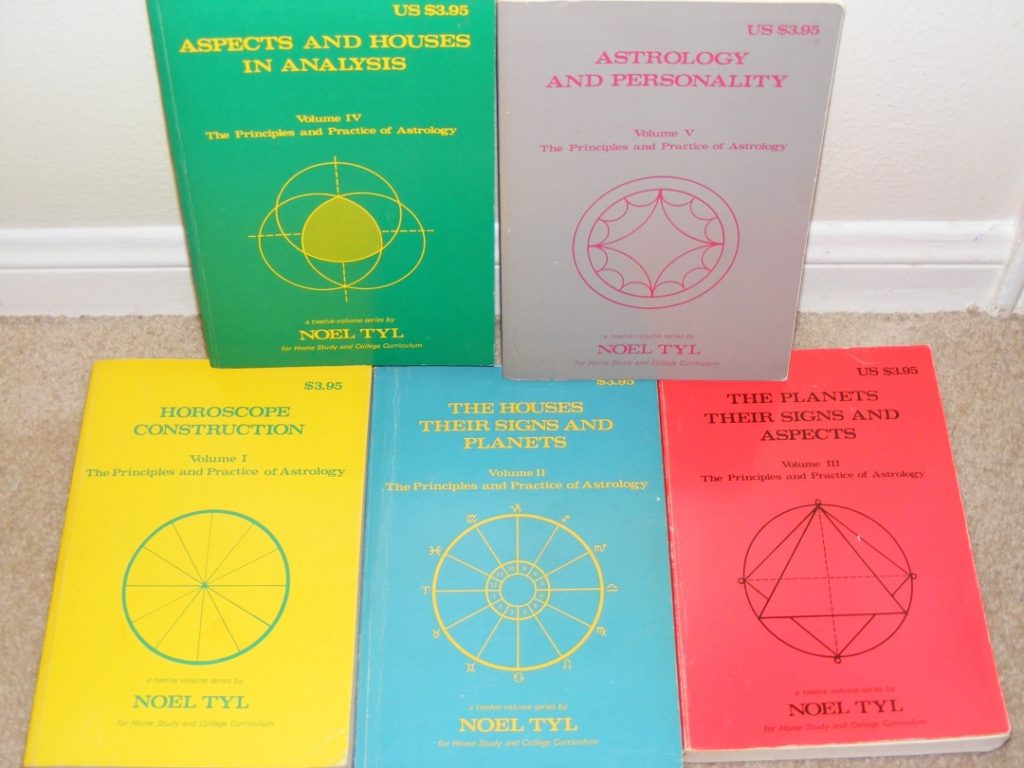 It is better to study astrology from books. For example, these ones.[/caption]

Astrology is not a religion, and certainly not a pantheon of gods to believe in. It is like cybernetics: you can either understand it or not understand it. But it is not an object of faith or belief.

The modern understanding of astrology is very different from the old, medieval one. There is no mysticism or mystery in it, although some “astrologers” try to fog up their “forecasts” and advice, talk about some kind of “karmic” studies, “purification” or “pollution” of the soul, etc.

Astrology, by and large, is a system of knowledge about the influence of the Universe on the behavior and life of a person, various social groups, and humanity as a whole. It is not known how this influence turns out and whether we are talking about cause-and-effect relationships, and not, say, the correlation between cosmic phenomena and earthly life, studied empirically. According to one of the versions, which is close to the author, waves with a long length, possibly the so-called gravitational waves, which arise as a result of the interaction of two or more cosmic bodies (according to the general theory of relativity), have an impact on life on earth.

The nature of this influence is poorly studied, but people have been fixing it for several hundred years, or even millennia.

Planets - as carriers and factors of space-time distortions - emit waves that transmit certain energy and information in space and time, affecting events (which, as you know, are also described by space-time characteristics) and, accordingly, they affect the life of social groups and people who are born at a certain moment of the formation of the wave of each of the planets. In other words, if you were born at a specific moment of wave formation, then in subsequent phases at this very moment, something significant will happen to you periodically.

In astrology, the opposite is true.

The main planet (in astrology it is customary to call all celestial bodies “planets”), of course, is the Sun, the second is the Moon. Next in importance are Venus, Mars and Mercury; Saturn and Jupiter; Uranus, Neptune, and Pluto. The location of the horizon line in the east at the time of birth is very important (the so-called Ascendant - “rising sign”). Obviously, some influence is exerted by large asteroids, comparable in mass to Pluto.

So, determining the deployment of life events and the formation of a person’s character is the location of the planets at the time of his birth, that is, the location in the signs of the Zodiac (in degrees, minutes and seconds) and relative to each other (between them “harmonious” and “tense” angles are the so-called aspects). It is the moment of birth that fixes the spatio-temporal position of the native (born) in terms of the influence on him of the waves that generate the planets, interacting with the Sun and among themselves.

Now, in mid-October, the Sun is in Libra. This means that it moves along one of the twelve sections of the ecliptic, which is traditionally called Libra. Accordingly, all those born between September 24th and October 23rd are considered Libra.

But the location of the sun only gives a very general idea of ​​the characteristics. They can be significantly adjusted by other indicators. In general, the astro psychological portrait is set by three most important indicators - the signs in which the Sun (personality), the Ascendant (a way of interacting with the outside world), and the Moon (the emotional side of the personality) are located.

Other planets “adjust” certain traits and influence events. Actually, this is what modern astrology is doing.