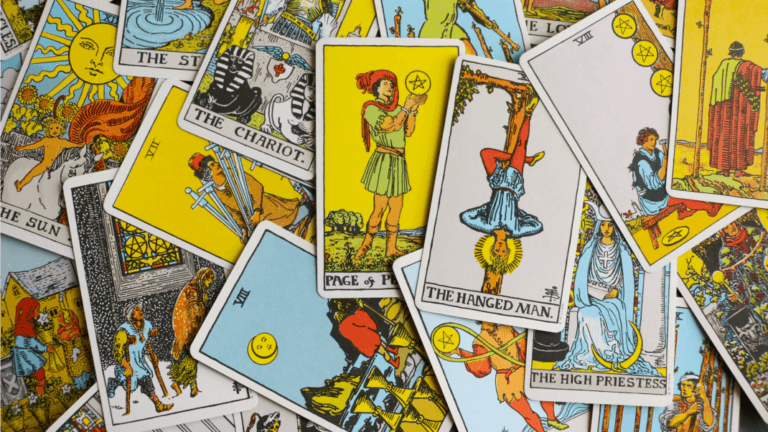 What is the therapeutic tarot?

Know a little what each tarot card represents

Several emotional conflicts have their roots in unresolved personal issues. Sometimes we fail to look within ourselves and refuse (or are not able to) understand why certain things bother us or end up damaging our lives and our emotional state.

Understanding and potential resolution of these issues are possible when you are dedicated to expanding self-knowledge. Any therapy, in some way, is related to the search for self-knowledge, whether through speech, meditation, or some other tool that allows each one to understand himself. With Tarot, that tool is cards.

Tarot is a divination technique, which many associate with esotericism, but tarot has other uses and is also used on a therapeutic level. There is a current that is usually called therapeutic tarot, which works on personal and psychological aspects of the person. It is also called psychological or transpersonal tarot.

Using the 22 major arcana, the use of therapeutic Tarot seeks to inspire awareness and take responsibility for one’s own life. It is understood that each person can only overcome his circumstances when he understands that obstacles are impulses, that it is always possible to improve, and that each one is largely responsible for his life. From there, the game offers guidance - because certain emotional blocks and conflicts exist - thus facilitating what decisions to make next.

The symbology of the major arcana represents universal ideas to the human mentality and its influence is present in all areas of each person’s life.

What is the therapeutic tarot?

The therapeutic tarot’s mission is to work on emotional aspects of people, which are slowing them down in their personal growth, that is, to unblock certain energies that do not allow us to move forward.

In addition to carrying out an emotional cleansing process in the person, this type of tarot helps us to know our great abilities and bring them to light. The therapeutic tarot is a recently created discipline, it was designed by the tarot reader Veet Pramad, based on some traditional tarot runs such as the Celtic cross.

The traditional school of tarot considers that the future is largely already written and that in a way we cannot escape our destiny.

Spreads like the gypsy tarot and many of the spreads that some websites collect start from this premise, although we understand that it is a not very enriching approach to this divination tool.

The management of our emotions and determination outweigh the tendencies that we can bring at birth. Nowadays, professional videnes and tarotists, without forgetting the great richness of traditional tarot, apply this maxim of the therapeutic tarot: “We have the last word about our future ourselves.

Know a little what each tarot card represents:

: represents the experience of exceeding limits, spontaneity, and impulsiveness.

represents the being, the spirit, the power, the capacity, and the creative impulse.

: it represents the affective and loving involvement, the choice, the free will, and the union.

: it represents balance, judgment, harmony, the relationship between the ideal and the possible.

The Wheel of Fortune

: represents mobility, the phases of life and nature, cycles in ascension and decline.

: represents great changes, rebirth, necessary ends, and the cycle of creation and destruction.

: represents the renewal of life, adaptation, transmutations, balance, and serenity.

: represents the passions, trials, and seductions. Emotional strength and dependence.

: represents openness and knowledge, the breaking of what imprisons and limits, freedom.

: represents hope, idealism, and the soul. Fullness, nature and beauty.

: represents the imagination, reflection, and reassessment of paths, emotional cycles, and instincts.

: represents achievement and rewards, completion, and finding your place in the world.

It is important to remember, however, that to understand how the meaning of each card relates to the personal life of the person being consulted, more advanced knowledge of the Tarot is necessary since the interpretation of each symbology varies according to each person and your personal experiences.