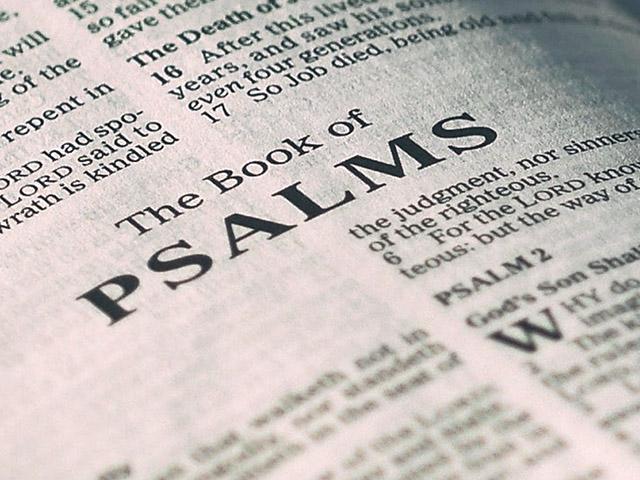 Some think it was copied from a flawed version of Psalm 14.

Discover Psalm 53 Commentary in detail, with their Bible study and explained, as well as their meaning in the Catholic Bible among others.

The fool has said in his heart: There is no God.
They have corrupted themselves and have done abominable wickedness;
There is no one who does good.

God, from heaven, looked upon the sons of men,
to see if there was any understanding
who sought God.

All have turned back;
all have been corrupted;
there is no one who does good, there is not even one.

Do not all those who do iniquity have knowledge,
who devour my people as if they were eating bread,
and do not call on God?

There they were startled with fear where there was no fear,
because God has scattered the bones of the one who camped against you;
you embarrassed them, because God has rejected them.

Oh that the salvation of Israel should come out of Zion!
When God brings his people back from captivity,
Jacob will rejoice and Israel will rejoice.

Section dedicated to the meaning and biblical study. We are currently updating this section.

This Psalm is an almost identical version of Psalm 14. There are some variants of Psalm 14; the most notable are in the title and in v. 5. (See Psalm 14 for explanation of content.) Olive groves in Palestine (52: 8) Machalat in the title can be “sadness” or “sickness”. It is also used in the title of Psalm 88 which is a psalm of sadness. It has been suggested that majalat means “a sad tune” or possibly the name of such a tune.

Masquil is the same word translated sensible in v. 2. It has been suggested that the Psalm could not be composed later than the time of Hezekiah because later psalms do not carry musical notations (Delitzsch).

1. The fool: his thoughts and actions, vv. 1-4 This section is the same as vv. 1-4 in Psalm 14 except for some variant words and the use of elohim H430 twice instead of Jehovah.

2. God’s victory, v. 5 The v. 5 here it takes the place of vv. 5 and 6 in Psalm 14. The first three words (in Heb.) are exactly the same: “There they feared greatly,” but the phrase that follows changes: “Where there was nothing to fear.” And this change alters the rest of the verse. The lyrics are quite similar, but the meaning is different.

Some think it was copied from a flawed version of Psalm 14.

However, it is more likely to think that the changes were made on purpose because the Psalm was adapted to a catastrophe in which God put fear in enemies and defeated them. It could be the victory of Jehoshaphat (2Ch 20: 22-24) or the destruction of Sennacherib’s army (Isa 37:36) or some other victory.

3. Cry for restoration, v. 6 The text is returned the same as Psalm 14, except the use of elohim H430 instead of Jehovah. This Psalm is part of the “elohist” collection of psalms, that is, in all of them elohim is preferred and used where in other collections Jehovah would be used. Spiritual realities Isa 53: 1-6 1. The folly of sin: The fool said in his heart: There is no God, v. 1. 2. The presence of sin: There is no one who does good, v. 1. 3.

The sin declared: To see if there were any sensible ones that looked for God, v. 2. 4. The recognition of sin: But each one had gone astray, v. 3. 5. Cleansing from sin: Don’t those who work iniquity know… v. 4. 6. The reality of sin: Where there was nothing to fear, they greatly feared, v. 5. 7. Forgiveness of sin: When God restores his people from captivity, they will rejoice.