How to Recognize an Aries? 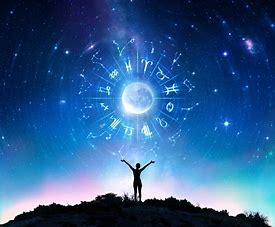 Still, have doubts about how to recognize Aries? Ok, there's more.

You will recognize Aries people by many attitudes but the most common is the energy they give off through each of the pores of their skin, the security with which they look at you, and the sincerity with which they will tell you things. You will always see them fighting against what seems unfair to them and is daring to the maximum, sometimes, something innocent, because it is launched without looking at the sides before, although little by little it is learning.

It is like a baby who plays with fire, will continue to play until it burns, and, in addition, once the wound heals it will play with the fire again. This is why Aries get up again and again throughout their lives, they get used to living in that state of sometimes, naivety, but they do well.

Aries is not a liar because he does not know how to be although perhaps he can fantasize about the future he wants and dream big.

When he tries to lie, if you know him well, you’ll know he’s doing it, he gets nervous and prefers to change the subject quickly. Aries will show you self-confidence that few signs have, his movements are fast and agile, and when he commits he does it until the end.

Still, have doubts about how to recognize Aries? Ok, there’s more.

When he gets angry about something or sees how other people want to manipulate him or make him change his mind without foundation and by force, Aries reacts in the only way he knows how to do when he feels cornered and is screaming until the other end up leaving him alone. Their reactions may seem primary but at the end of the day, it is the first sign of the Zodiac and represents the birth so, sometimes, the child inside will come out through these attitudes.

Aries will never be the victim of anything because he does not like to be disappointed by anyone, he will always try to avoid it, so you will rarely see him lamenting for life. They prefer anything to be weak. If one day you see him crying, believe me, the pain has come to his safe soul.