How to Recognize a Taurus? 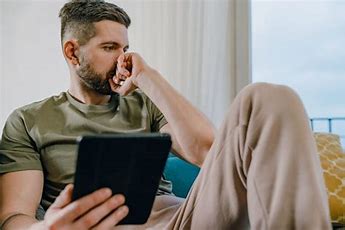 Taurus is able to control himself for days, but everything has a limit, and, although the bulls tend to take time to reach it, it ends up coming.

Being a Taurus is not easy but it will be worth it because...

What will surprise you most about the Taurus is its solidity and resistance. It’s like an extremely difficult barrier to breakthrough. You have to know him very thoroughly to begin to understand what he is really like because he will not get his way of being with everyone the first time. His attitude at first is strong and it is also appreciated that he is quite prudent. But that’s only at the beginning. How to recognize Taurus:

If you’ve come to make it irritated a lot, it’s probably that you’ve been provoking it too much, until it’s exploded. It is very rare for a Taurus to attack the other, only seeks tranquility and, on many occasions to be left alone, but you have to remember that if you bother and harm him constantly he will take out a violent fury that will leave you frozen.

Taurus is able to control himself for days, but everything has a limit, and, although the bulls tend to take time to reach it, it ends up coming.

When this happens, it is best to turn away because it will destroy EVERYTHING you find around you. Once you’ve bitten the bull, you can’t calm it down, for sure. Taurus is not going to get a little angry. If he gets angry, Troy burns.

You may be interested: Why Taurus is so difficult to understand

Rarely will you see him worried or nervous about something. He is not one of those people. If something does not go as he wanted you will find it somewhat distressed but no more. He knows how to assimilate things as they come and even if they cost or hurt, he overcomes them. ALWAYS.

• You are honest and true to your principles, you will not do anything that you do not firmly believe you should do.

• He walks slowly to build his future, but yes, he never slows down.

• Taurus can be trusted, he is able to fail himself rather than betray someone he loves.

• You will always get up from any problem you have, you have the strength, you will just look for a way to do it.

• He gets what he wants 90% of the time, he is constant with his things, he needs to achieve them anyway.

• He seeks stability and inner peace so you will rarely see him doing the crazy or involved in conflicts.

• He has willpower, because he does not change his mind easily, what he says, he does, even if it costs him.

• It is calm and peaceful, almost never begin any confrontation or discussion.