How to get your heart back after your breakup? 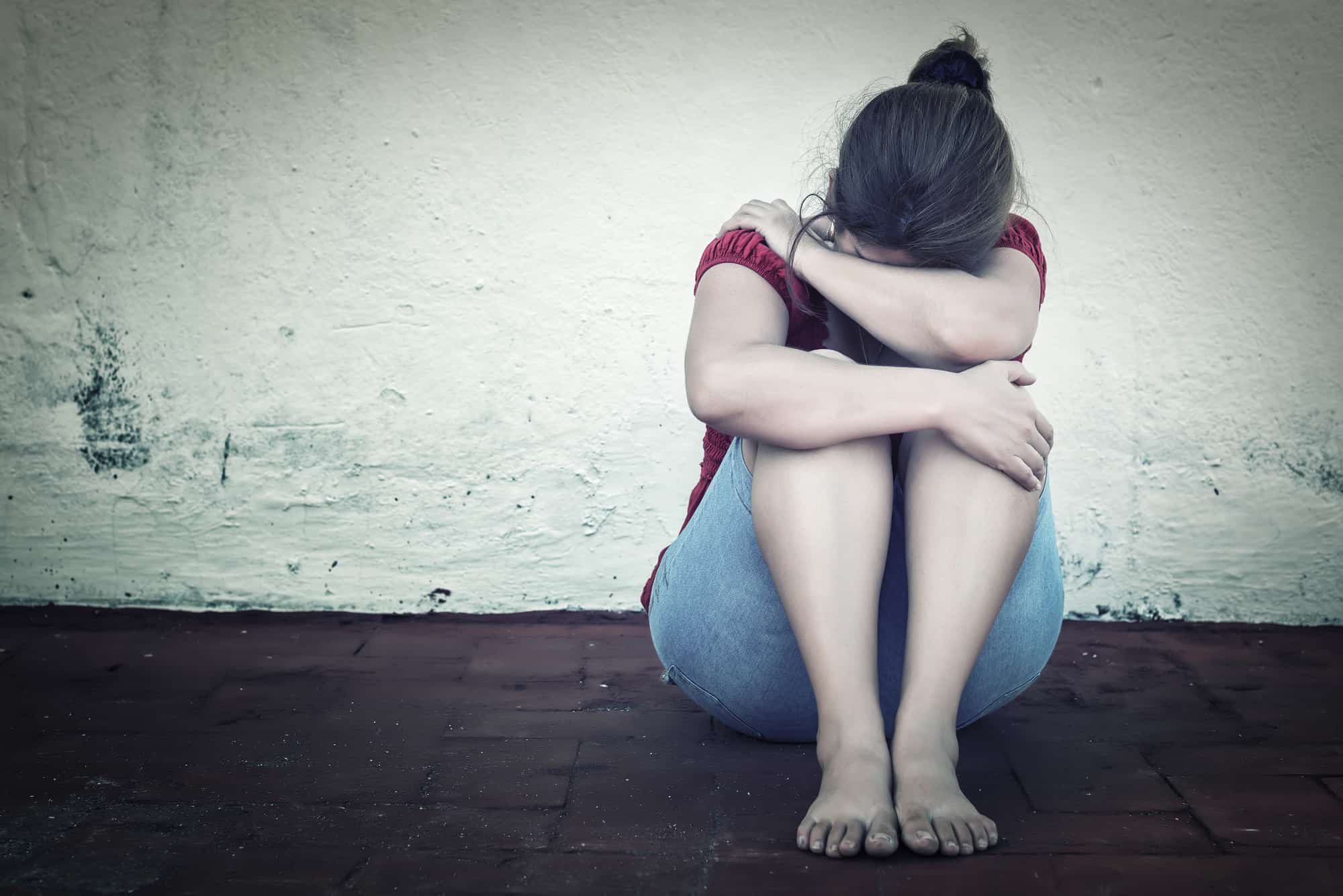 Breakups are not easy for anyone, especially if you still have feelings for your ex. But it is important that you are clear about what those feelings are, before fighting for a second chance. If you still can’t sleep because you keep thinking about him / her, it is because you really want to stay by his / her side. You may think the idea of getting back together with your ex is horrible, but there are times when second chances are good. Here you will know how to recover your heart forever according to your zodiac sign.

So at first it may seem that getting your heart back is going to be very difficult, but it is not impossible. You have to know well how to act so that Aries will listen to you. Despite what you may believe, a breakup for Aries is not an easy thing, they do not take it lightly, that is why it is important that you be serious. To get her heart back, you have to respect her space and time. If he tells you to give him time to think, give him everything he needs and more. With Aries it is better to go straight to the important matter. Do not go after him / her asking to return with you without telling him / her why you want to return. He wants to know the reasons why you should get back together and that’s where you need to show your feelings. It is not only enough to show him that, but also, to fight.

It is difficult for Taurus to give you a second chance again, but you may be lucky if you know how to do it. When trying to get your heart back, use logic and not imagination. Taurus does not want everything to go back to the way it was before to end up the same. He doesn’t want you to pretend your past together didn’t happen. Remember that Taurus forgives, but never forgets. You will have to take your time to win his heart because he is stubborn and also a little proud ... At first Taurus may be a little defensive, but do not give up, little by little he will soften and he may even recognize that he is still thinking in you. When he lets you into his life, treat him as he has always liked, with elegance, love and with a lot of respect.

It is very likely that Gemini broke up with you because the relationship was not what he wanted and because he was getting a bit bored. Therefore, to try to get his heart back, you have to show him that you have changed, that you are trying to make everything different, that you are not as conformist as before. Gemini’s need to see that they will not be the same again, because if they do, you will never get their heart back. When you approach him / her again for the first time after the breakup, be clear and explain yourself as best you can. Nothing to scratch his head with nonsense. Get to the point and number one by one the reasons why you want to get it back. He wants to hear you say how much you love him / her and miss him / her.

It does not matter if you ended well or badly, Cancer any breakup hurts a lot. If you want to get his heart back, even if it may not seem like it, you have to give him space to put his feelings in order. It is important that you let him be a little selfish, that he look only for his good, that he act as he pleases without depending on anyone. But don’t leave his side. When he realizes that you are there to listen to him, to support him, he will stop being so hard and he will begin to give you his heart again little by little. The most important thing is that you are honest with your words. Don’t make a drama or a movie to get her heart back. If he’s going to give you a second chance, he wants you to be serious and not as if it were a romantic comedy.

If you are going to try to recover Leo’s heart with gifts, with affection, with details, with compliments… You are going astray. It is clear that Leo is not going to say no to all that, because we already know how it is. But since he thinks that you are trying to buy it, that you are trying to get his heart back the easy way, he will think that it is not worth it. Getting Leo back is difficult, but it can be done. He likes attention, he likes to be given love, but he also likes other things. To win her heart again, you have to show her that you are going to let her be the one in control. Remember that Leo does not forget and that he can become somewhat spiteful if he has been hurt, so first, you will have to ask for forgiveness and show him that you will not hurt him again.

Regaining the heart of Virgo is possibly the most complicated thing you will do in your entire life. In addition to being proud and stubborn, Virgo is not a person who usually gives second chances to people who have not treated him well. First, you have to be prepared to break that outer layer, that shell with which you try to protect yourself from all damage. He may still have feelings for you, but he’s not going to admit it just like that. For this, you have to transmit tranquility and security. To get your heart back, you have to be logical, understandable, and smart. If he sees that you come back crying and trying to feel sorry, turn off and let’s go. You have to show him that you can re-commit and that you are willing to perfect everything that failed.

You already know how Libra’s mind is ... If it is difficult to recover his heart, it is because of all those doubts that are in his mind. When a relationship ends, the first thing he does is list the pros and cons of what you have pushed him away and what you have not. If you want to get her heart back, you are going to have to work hard. The first thing you have to do is show him that you continue to respect him / her and his / her independence. Libra wants to be seen as someone independent and not someone who is always after you. Don’t be afraid to tell him why you want his heart back. He may still feel for you, but he will not recognize it. So the best thing is that you are honest and that you show him that fighting to get him back is worth it.

Recovering the intense heart of Scorpio is going to be difficult, no, the following. Because just as he can love you, he can hate you. And if you’ve broken his heart, he can come to hate you a lot ... First of all, you have to remember to be honest at all times and not come up with stories that you don’t even believe yourself. If you want to get your heart back, you can’t come up with lies from the beginning, if you do, you’re going downhill and without brakes. Scorpio has his reasons for not trusting you again, not to give you a second chance, but in the end, if he sees good intentions, he will have no choice but to give you that second chance. Not only will you have to ask for forgiveness, but also, you will have to prove it to him.

Once Sagittarius overcomes the past, it is very difficult for them to let you enter their present again. So if you are trying to get her heart back, it is better that you present yourself in her life as a totally new person and not as a ghost from the past. Sagittarius is not a person who holds a grudge or likes that there are dramas in his life. So, if you’re going to come back wanting drama, to get emotional, to try to feel sorry, don’t even try it directly. To truly get your heart back, you have to be willing to put the past in the past. You have to offer Sagittarius a totally different story, a 0 story and nothing to come reminding you of what you were in the past.

To recover the heart of Capricorn you have to be very clear that it will cost yours. The first thing, you have to use your reason and not your heart. When you get close to Capricorn for the first time after your thing, it is important that you be logical and fairly calm. Capricorn rarely responds well to situations where emotions are involved. So if you try to get his heart back using your tears, the only thing you’ll get is to get him to walk away. You also have to be practical in explaining why you want to return to his life and you have to show that you respect everything he says, what he does and what he thinks. Capricorn has a very high bar and if he suffered a lot with you, he will not want to go through the same thing again.

Recovering the heart of Aquarius can be easier than you think if you do things right from the beginning. To recover Aquarius, you will first have to recover his mind and then his heart. He knows that relationships are difficult and that is why he prefers to give you a second chance, rather than a person who does not know what he is like. Of course, he is not going to give it to you, he is going to give it to you when you show him why you deserve it. You have to be honest with the past and the future. Accept things as they are and do not try to hide and mask the truth. If you hurt him, acknowledge it. If you were an idiot, just the same. Finally, you have to show him that you are going to continue respecting his time and space and letting Aquarius be in control. At least in the beginning ...

You may think that recovering his heart is easy, because he is a person who lets himself be loved at the slightest drop of attention you give him. But it is not as easy as you imagine. Pisces loves to love, but hates to be hurt ... And if you have hurt him, you have to know that it will be almost impossible to get his heart back. To start, you have to show that you still really love him / her and that you don’t just want to be with him / her. For Pisces to listen to you again, you have to listen to it again. Surely he wants to talk to you about what he feels in those moments and you have to be prepared to listen to him / her. If he starts to make those feelings reciprocate, that you really regret breaking his heart, he will end up giving you a second chance.