How to catch the attention of these signs? 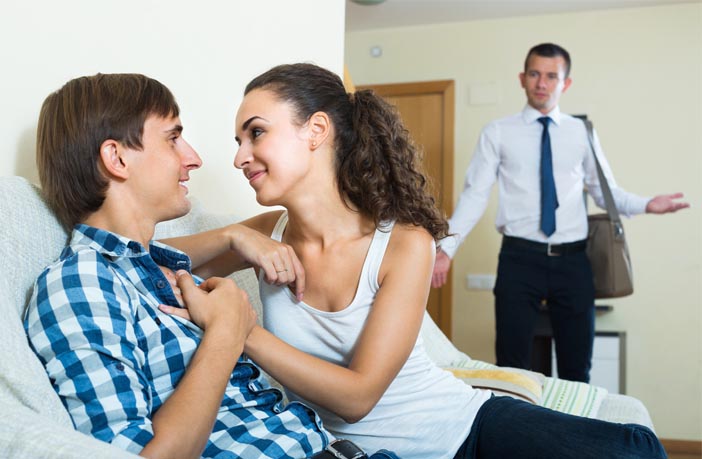 If you want to attract the attention of Aries, it is simple: you have to start acting with a lot of confidence in yourself. There is nothing he likes more. Being with someone by your side who has confidence in himself, who knows what he is doing, who knows what he wants. Besides, it also needs you to be obvious. No absurd little games I am writing to you today but not tomorrow. Basically because the day you don’t write, Aries won’t either. Sometimes Aries doesn’t quite understand innuendo so please be clear first.

As “serious” as apparently many Taurus may seem, they love that you play the fool, that you like the game, that you hesitate ... Taurus only wants to be himself / herself in everything and often has a hard time finding someone with whom he can shared. Taurus admires authenticity so the more original the better. You will also capture their attention if you show that the world does not matter to you, that you are not afraid of what anyone may think of you. So, you earn it.

If you want to get the attention of Gemini you will have to go a little slow, but do not fall asleep either. Geminis are used to getting everything they want, they are used to having everything they want almost in the moment. And sometimes, perhaps because of that, he does not give all the value that he has to things. You get tired right away if you don’t have your point of difficulty. So, watch little by little, you will catch their attention much more. But yes, you have to play very well with the times because Gemini’s can also forget you for going so slowly ...

Cancer needs a person who laughs at its nonsense, at its jokes and who follows the roll. Don’t take life too seriously and don’t be ashamed of doing what you want to do. Cancer may tell you how they feel about you, or at least, they will let you down. The Crab is not one of those who keeps anything inside, firstly because he cannot and secondly because he likes to express his feelings even though he can do so with fear. If you decide to step forward, be obvious and direct and don’t beat around the bush.

With Leo you should prepare for anything. They are passionate people, lovers of life and just want to have fun. Of course they know when things are not going well at all but they always try to keep the smile and take the iron out of it. You will capture their attention if you share their same energy and enthusiasm for everything, if you are able to be silly and laugh at yourself. Leo may be the queen or king of drama, but he would not endure a relationship full of these nonetheless.

If you want to capture the attention of Virgo, it is best that you start by taking care of yourself. Virgo loves self-reliant, independent, and self-serving people. You need to see the other person as a kind of leader, as someone who will be able to take care of himself. They don’t need anyone to take care of them, but they need others to take care of themselves because it is actually what they like the most. Keep their independence and that you keep yours. People like this are the ones who in the end, after a fall, get up again and again to get stronger.

Libra needs people who are empathetic, open, understanding and willing to listen and be tolerant with their life. Libra don’t trust easily, and it’s a big deal for them to blindly trust someone and talk about what they feel, be it a good thing or a bad thing. Many believe that because it is a social and air sign it will tell everything. But no, one thing is the outside, which is not so important. Libra of his things does not speak so openly with anyone. So when someone makes them feel comfortable, that’s when they start to fix their attention ...

If you want to get Scorpio’s attention, please be active, and somehow make him admire you. Scorpios need to constantly have goals in their life, and if the person next to them motivates them to do so, they will not want to take their eyes off you. He does not want anyone to pull the car, but to accompany him on the trip. If you want to capture his attention, show him that you are independent and above all that you have a lot to offer, to give, to contribute ... Scorpio values the capabilities of others as the most important thing. And he does not want someone who is a drag or is unemployed.

To catch the attention of Sagittarius you have to have a point of humor, a point of joy, I don’t know, of madness, and above all, that you can pull Sagi when you need it. It is a sign of fire and loves independence above all things but sometimes, it also sinks and there it needs a hand to lift and grab it. Sagi is a person who turns her head a lot. He has a very philosophical mind and that is why he also tends to suffer more than the other fire signs. You have your own opinions about everything, but you also expect understanding. If you have it, they will notice you.

Capturing Capricorn’s attention is tricky. Everybody knows. They may seem a bit distant at first, like they don’t even have an interest in you. They want someone who takes things seriously with them, they want to know that they are betting on a winning horse. If you want to start getting their attention, you will have to clearly demonstrate what you really want. Capri looks at self-reliant people, people who do not hesitate when making decisions, the firmness and security they transmit. Do not say one thing today and another tomorrow because flee from so much indecision.

To get the attention of Aquarius you have to be fun, be funny, be spontaneous and quick in your responses and above all, not worry too much about anything. Yes, that will be the first step for Aquarius to notice you. Then the others will come. He wants a friend by his side, a person who knows how to really understand him, who knows what he has inside, to feel that special connection ... Aquarius finds it very difficult to express in words what he really feels and until he finds that person who will It gives the necessary confidence, it does not. That is why he values it so much. Therefore, I know what most catches the attention of others.

If you want to catch the attention of Pisces talk a lot with her / him but most importantly, listen to him as much as you can. When Pisces begins to speak, he releases absolutely everything, and what he likes the most is having someone behind him who understands what he feels and above all, who listens to him with interest. They value high mental connections and need to feel like you understand them like no one else does. With that you probably have a lot of cattle, more than 80% of the attraction of Pisces.