How to Calm the Zodiac Sign's Anger? 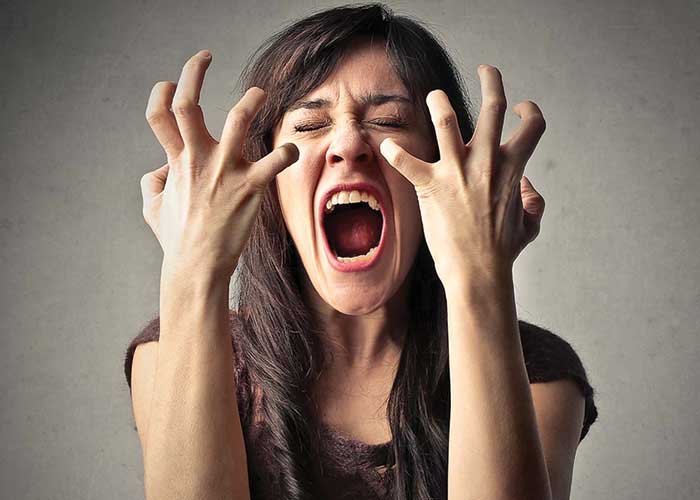 The way our anger is aroused is different for each of us. Some of us prefer to be alone and others need to be accompanied. Each sign of the Zodiac is different and that is why we will show you below how to calm the anger of each one of them.

If what you want is for Aries to calm down, what you have to do is give it time. Let it pass him by and give him his space, if you overwhelm him too much, the only thing you can do is increase his going. The last thing you have to do is try to get Aries to reason in the middle of all that chaos, if you act that way you will get him to get a lot more pissed off than he is.

What you have to do is walk away and let the fire go out little by little. When Aries gets angry, he destroys everything that is close to him / her. Of course, everyone knows that the anger of Aries is temporary, intense but temporary. When you see that Aries is completely calm, it is time to reach out and talk to him / her.

To calm the anger of Taurus, the last thing you have to do is go smart, that is, leave your arguments for another time because you will not get anything with them. Let Taurus take his anger, shit on whatever he wants and walk away. Taurus is a very calm person but when their patience is exhausted it seems that the world is coming to an end.

Even if you are right, let him / her face his / her mistakes alone. The last thing Taurus needs when he’s pissed off is someone telling him: “You see how he was right ...” that could be the end of a relationship. If you really want Taurus to stay by your side, you better keep your mouth shut because the more you talk the more you will turn on the bull.

When Geminis get all their anger out, the best thing everyone can do is shut up and let Geminis vent to the best of their ability. The safest thing is that his tongue begins to release things without any sense, things that he / she does not think himself / herself. But hey, the best way not to piss him off more is to keep quiet and not try to control his anger. When Gemini is angry they will release thousands of poisoned darts through their mouths, so it is best not to contradict them.

For Gemini to calm down, all you have to do is let him rant, ask for forgiveness as often as necessary and do something nice for him / her. By treating him like this, his anger will disappear, you will realize that his anger has suddenly disappeared.

Unlike many of the signs with Cancer, what to do when you are angry is to stay with him and speak to him in a soft and reassuring tone. That shouting does not go too much with him / her, if you go down that road you better run because as Cancer hears a single scream it can go crazy.

Calming Cancer may seem complicated, but it is actually one of the easiest things in this world. All you have to do is ask for his forgiveness a thousand times and show him how much you love him. It seems silly, but with Cancer war is solved with love. That sensitive spirit will make Cancer’s anger last rather short.

To calm Leo you will have to try to correct everything that has hurt him and you will have to be very kind. Surely Leo’s anger will be resolved very soon, faster than you think, but make him see that you are truly sorry. In your hands is the fact that this anger is fleeting or for life.

Virgo is a person who seems to get angry easily, but nothing to do with it. Virgo doesn’t waste time getting angry over nonsense, they have better things to do than argue. When it explodes it is because it has accumulated a lot of shit inside and there comes a time when it cannot take it anymore. Maybe he explodes for a silly thing and the others don’t understand him, but it is that he had too many things inside.

To calm Virgo all you have to do is make him see that you understand him and that his anger may be silly, but you will never hold it in his face. You will have to apologize and if they are sincere it will not take long to forgive you. Of course, first he will have to tell you the things that you have done wrong about eighty thousand times ...

For Libra to piss off, something pretty big had to happen. Libra is a person who has a lot of patience, but when it runs out, he loses his papers in such a way that he destroys everything that is ahead, so, you better be lucky, good luck, because you will need it.

The only thing you can do to calm Libra is to walk away and leave him / her alone, your company will not fix anything. Libra needs time for the anger to pass, so it is best to let a lot of time pass. When the opportune time passes, Libra will let you know and then you will have to take the step, you will have to go calmly and make him see that no matter how much you did to him, you want him by your side, then, Libra will forgive you without any problem.

Scorpio is one of those people to fear when they get angry. When he gets angry he can come to spout things through his mouth that you would not have imagined hearing, things that probably do more damage than you think. The safest thing is that Scorpio will start throwing things in your face, things that you don’t even remember anymore, but Scorpio remembers everything and that is his best weapon.

Scorpio will never forget anything, but if you really regret it, what you have to do is show him that you have realized that you were the one to blame for his uncontrolled anger. The safest thing is that Scorpio will forgive you, but be clear that forgiving does not mean forgetting ...

Sagittarius does not usually have long anger, it is a person who easily forgets everything and more when there are apologies involved. Sagittarius prefers to live life full of joy and positivity, but when they get angry their world is engulfed in a kind of strange darkness that they will want to get out of as soon as possible.

What you have to do for Sagittarius to calm down completely is buy him something that he likes as a symbol of peace. Sagittarius will get over the anger very quickly, but for him to trust you again, you will have to be very sincere with him / her and show him every day that you want to stay in his life. Damn, Sagittarius is stupid sometimes.

When Capricorn’s anger is awakened, it is best to keep quiet. Capri can’t bear to open their mouths when he’s pissed off, it’s something that turns him on even more. What’s more, don’t even think about asking him for forgiveness ... Capricorn is a serious and sometimes a little cold person and this way he will show his anger. He is not a person who mounts too much drama simply with his face and his gaze you will know that he is raging inside and it is better to disappear, if not, you will probably get a goring.

The only thing you have to do to calm Capri is to let the time pass and when it happens meet with him / her to work things out. He will never forget what happened, but Capricorn has a heart that does not fit in his chest and will always end up forgiving you.

It is very rare for Aquarius to get angry, but rarer is it to be angry for a long time. Aquarius is a person who goes his own way without getting too involved in the lives of others. That is why it seems that it can never explode, but it does explode, and when it does, everyone finds out. The anger will not last long, the only thing you have to do to calm him / her is to be very honest with him / her, admit that you have made a mistake and the matter will be more than settled.

Aquarius doesn’t want bad vibes in his life, so the sooner the anger wears off the better. If he sees that you do not give your arm to twist he will simply leave you out of his life, because he goes from interacting with shitty people like you.

Pisces, unlike most signs, does not need space for the anger to pass and his anger to disappear. What you usually need is a simple hug, a sincere hug. P ISCIS is a very emotional person and needs to feel loved / a, which is why so all you have to do to make him stop being angry is mimarle. Ask him for forgiveness, hug him, and tell him that nothing is wrong, that you are sorry for what happened, that together you will be able to do everything.

You cannot get to imagine what Pisces suffers when they get angry, that is why the only thing Pisces wants is to resolve the conflict and feel that peace has returned to their life. Many don’t understand it, but Pisces doesn’t care ...