How Does Your Ruling Planet Influence Your Zodiac Sign? 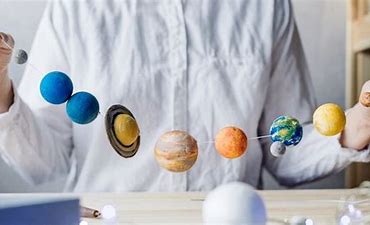 Star Ruler of Cancer The Moon

Star ruler of Leo the Sun

I don’t know if you knew that each of the 12 signs of the Zodiac is attached to a star or planet of the Solar System. Each sign has its strengths and weaknesses. The ruling planet of each sign is neither more nor less than the origin or source of all that. Therefore, it is important to know the power that each planet has and the effect it has on us. Most signs are ruled by planets, except Leo which is ruled by the sun, and Cancer by the Moon but astrologically they are called planets as well. Although the Sun is a star and the Moon a satellite. In this article, we are going to show you how your ruling planet influences your Zodiac sign.

Only one or two planets can rule our sign, but don’t forget that the movement of ALL affects us. If you have analyzed or if you are interested in the subject of astral charts, you will know the importance of the position of all the planets on the day you were born. Stay reading to find out what your ruling planet is and how it affects you:

It is no mere coincidence that the red planet Mars is related to the powerful, strong and fighting Aries. Mars is the planet of passion, competitiveness, ambition, drive and animal instinct. That makes Aries a sign with unstoppable energy. Mars makes Aries such a passionate person in every way, both in love and in his day today. Aries is a sign that loves everything that has to do with authority, with being the one who rules and all that, it is because of the influence of Mars. In Roman mythology, Mars is considered the god of war. If you are an Aries, thank your ruling planet for always helping you come first.

As I’m sure you already know, Venus is the planet of love, but it is also closely related to beauty, pleasure, family, luxury, and money. Taurus is a sign that moves by the beauty of things, and to be honest, it is someone to whom money gives a lot of security. Taurus shares the ruling star also with Libra, but each one rules them in a different way. Venus makes the bull someone super sensual and an expert in the art of love. He has a special touch when dealing with others, he knows how to communicate, how to make his words soft but sincere. In Roman mythology, Venus was the goddess of love. If you are a Taurus, thank Venus for your good taste, your elegance, and your know-how.

Mercury is the planet of communication and thought, and that it helps you to realize how it influences Gemini. That curious nature and that desire to learn new things from Gemini are given by its ruling planet. Mercury makes Gemini adept at thinking and analyzing things. It shares a ruling planet with Virgo as well, but each one affects them in a different way. All the people who are ruled by Mercury are characterized by being very clever, they are not afraid to throw themselves into anything and they are great at improvising. Gemini always says everything he thinks, he has the gift of the word, and all that is because of the influence of Mercury. In Roman mythology, Mercury was a messenger of the gods. If you’re Gemini, thank Mercury for that ingenuity he’s given you.

Star Ruler of Cancer: The Moon

The Moon is the star, the satellite, that governs our emotions and feelings. It is related to the way we process our feelings. In addition, the Moon has always been very united with femininity, with motherhood, with empathy. Cancer is a sign very close to your emotions. Everyone knows what the sensitivity of a Cancer is like. He is a super intuitive person with a super developed sixth sense and that is because of the influence of the Moon. Cancer cares a lot about his family, his people. One of his dreams is to start a family. Being ruled by the Moon, Cancer is one who is always in touch with his inner self and usually has no problem showing his feelings. If you are Cancer, you have to thank the Moon for always keeping in touch with your emotions.

Star ruler of Leo: the Sun

Leo is the brightest sign of the entire Zodiac and that is due to its relationship with the Sun. It is the star that is at the center of our solar system. We all revolved around it. Leo loves to be the center of attention and here’s why. It is a sign that transmits a very special vibe. When you are by his side, you can feel the warmth and passion with which he moves around the world. Leo brings positivity in the lives of others similar to the light of the Sun when it illuminates the days. The Sun is the star of energy, vitality, power and that’s why Leo is the way it is… If you are a Leo, thank the Sun for that energy it gives you to face each day of your life with such strength.

Virgo shares the ruling planet with Gemini. Mercury is the planet of communication and thoughts. While the communication side affects Gemini the most, the thoughts have side manifests itself more in Virgo. It is a sign that pays a lot of attention to all the details, is perfectionist, and is very practical. He is a person who has no problem helping others, but he will never let anyone tell him what to do. He is independent but dedicated on his own. In Roman mythology, Mercury is the messenger of the gods and that makes them sincere and direct. If you are a Virgo, you will notice the influence of Virgo on the ability you have to keep everything in order and free of bad vibes.

Venus, the planet of love, beauty, pleasure… It shares a ruling planet with Taurus, but it does not affect it in the same way. In Libra, it directly affects your most romantic, sweet, and affectionate side. Those born under the sign Libra are people who do their best throughout their lives to find love. Not a normal love, but a true love based on respect. Venus is to blame for Libra being such an attractive person with such a special glow. It also makes you a lover of everything related to beauty, art, or pleasure. Libra is a sign with very good taste for everything. If you are Libra, your most social, charming, and in love side is marked by your ruling planet.

Pluto is one of the smallest signs in the solar system. At the same time, it is the one that is furthest from the earth and, therefore, is the most mysterious. Scorpio is not ruled only by Pluto but also ruled by Mars. Pluto is the god of the underworld in Roman mythology and Mars, the god of war. Now you understand everything? Pluto makes Scorpio such a mysterious sign, it makes it so united with the world of the subconscious. All this, mixed with the strength and power that Mars gives him, makes Scorpio someone very intense and dark. Scorpio is a very calculating person who strategically plans all movements throughout his life. If you are a Scorpio, thank your ruling planets for that power they have given you.

Jupiter is the planet of growth, good luck, maturity, abundance. All that energy of Jupiter is reflected in Sagittarius in that optimistic character, in his free spirit, and in his constant desire to eat the world. Sagittarius is a person who always wants to learn, to know new things, to make friends. He is not a person who is afraid to step out of his comfort zone and face the unknown, because he knows that it will make him grow. Sagittarius is a person who is always willing to live new adventures. There is no other sign of the Zodiac as brave as him. If you are Sagittarius, thank Jupiter for that desire it gives you to eat the world.

Saturn is the planet of time, tradition, and also of melancholy, and nostalgia. Thanks to this, Capricorn is a very patient sign, which takes advantage of the time to surpass itself and to be much stronger. He is a very disciplined person and thanks to this he makes his life quite successful. Capricorn is a sign that does especially well everything related to business or money. Saturn teaches Capricorn to face his fears and responsibilities. Saturn is the one who gives Capricorn all the discipline necessary to lead to his dream goals. If you’re a Capricorn, thank Saturn for helping you be so strong and firm with your ideas and dreams.

Uranus is the planet of change, of revolution, of the original, of the unpredictable. Those words could perfectly define Aquarius. It is a sign that always goes the other way around the world and that transmits a very revolutionary energy. He never listens to what others tell him. It constantly seeks to break with the traditional, with what society has imposed on it for years. But not only did Uranus rules Aquarius before Uranus was associated with Aquarius as its ruler was sharing with Capricorn Saturn. Saturn is the planet of time, of challenges, which also defines Aquarius very well. If you are Aquarius, thank your planets for becoming a person with such an intelligent mind.

Neptune is the planet of illusions, of the spiritual, of dreams. It is also related to empathy and what unites us to others. Pisces is a very emotional and spiritual sign and all that is due to the influence of Neptune. It also helps you to be so creative and to be so in touch with the dream world. Before Neptune was associated with Pisces as its ruler, it was ruled by Jupiter, a planet of curiosity and growth. Jupiter is the one who makes Pisces a sign with such a noble and polite heart. Pisces is a person with a huge imagination, who loves to dream, but who becomes very susceptible as soon as someone does him the slightest harm. If you are Pisces, thank your ruling planets for that special creativity they have given you.