How does your girlfriend handle anger according to her zodiac sign? 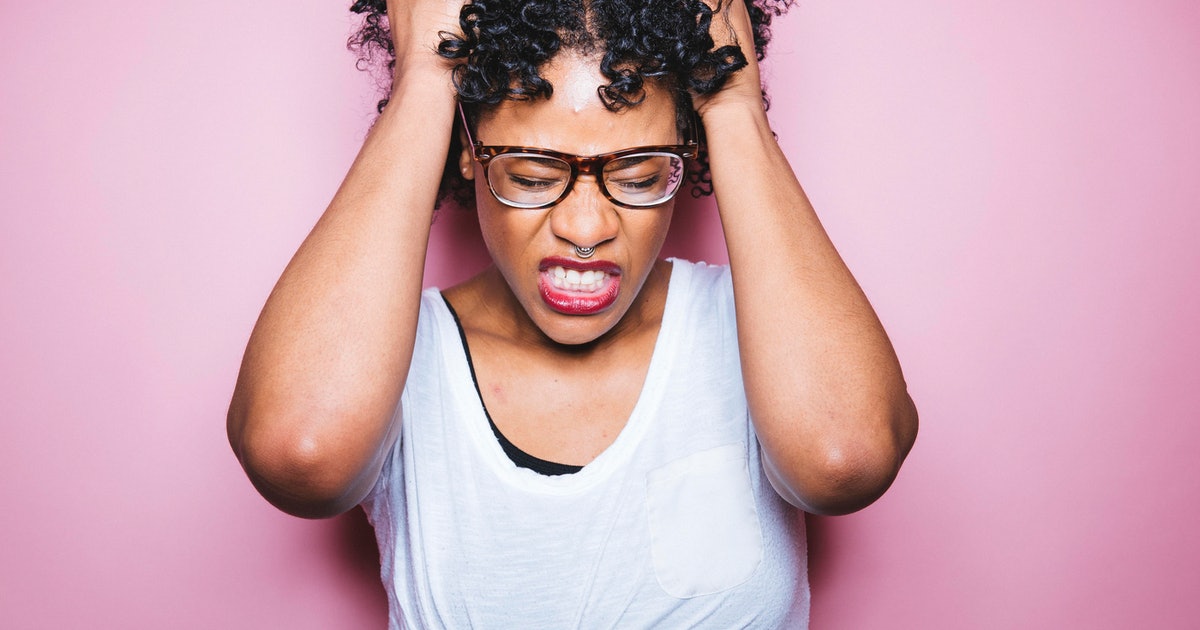 Each person handles emotions in a certain way and also, things also change when that person is your friend, your family or your girlfriend. And emotions also change. In this article, we are going to see how your girlfriend handles anger according to her sign:

Aries: The Aries girlfriend is an explosive girl, very explosive and the truth is that she does not know how to control her tongue when she wants to send you to shit. Yes, not everyone is patient and has all that tranquility in the body. If you fail and betray the Aries bride, the softest thing you’ll hear from her mouth will be a son of a bitch, so you better think twice before you act. Of course, what is noisy is noble. Just get it right and that’s it. Aries for the good, the best.

Taurus: When the Taurus girlfriend goes into a rage (it must be said, probably because you have done something to make this happen), you will notice how she suddenly becomes silent. She is processing everything that has happened and although she feels a brutal rage within herself, she knows how to control herself. But don’t expect it to last long because it explodes too. With the Taurus girlfriend, silence comes first, then screams and lack of control.

Gemini: Even though Gemini is the way he is and seems almost indestructible, when anger takes hold of her she feels like she is drowning and unable to breathe. The Gemini bride will notice how the tears begin to fall down her face and to try to control something like that, she will go off to cry somewhere alone. It is very hard, of course it is, but it is also very sensitive. And when it is in moments as critical as these, much more so.

Cancer:  The Cancer girlfriend in a moment of anger needs to vent to someone in some way. It’s tricky sometimes, but you’ll try it anyway. Although many times you prefer to be alone or in moments of downturn do not call anyone, anger is very different. Because you can get to do things that you do not want to do, you can get to screw it up out of anger or pride. So you need people who can give you feedback and slow you down if necessary.

Leo: When the Leo girlfriend goes into a fit of anger, she is able to swallow hard, bite her tongue, look ahead, and pretend that everything is absolutely fine. Yes, Leo is incredibly powerful when he wants to and in fact, he also knows how to control himself for his sake. Maybe when some time goes by he’ll come down and yell at you, yell at you, and cry like there’s no tomorrow. But he also has pride, and a lot. And self love. Do not forget.

Virgo: The Virgo bride cannot live with anger. Those moments greatly exceed him. When he has some kind of problem, he distances himself and if the anger is towards you, he will do the same. In addition to physical, it will also do it emotionally and that is the worst because recovering it later will be difficult. Ask yourself why he left, why he reached that moment of rage ... Start at the beginning.

Libra:  Be that as it may, Libra is a sign that prefers peace over war, so you will rarely see her too pissed off, and if she is, she will try to control her anger at all times. He will have an honest conversation with you, he will not walk away or leave you in sight. She assumes the consequences of everything, and whatever it is, she will talk about it. And he will tell you what goes through his head, what he feels. And maybe in that conversation there will be yelling, but in the end, at least, it says it to your face.

Scorpio: When the Scorpio bride accumulates anger, the most normal thing is that she leaves, that she leaves, and if it can be far, much better. Any Scorpio full of rage is dangerous, very dangerous so it is best to unpack all that rage away. She knows it and in fact, it is the only way to heal she has. At least he understands that staying will only make things worse.

Sagittarius: If Sagittarius has anger inside, they will begin to demand what is really right for them. Outside of behaving well and giving everything. He’s tired of it. Sagittarius is a super good person and when he starts to feel this bad it is because he has hit rock bottom for some reason. So, don’t be surprised if she demands that, either you start treating her better, or she will end up leaving.

Capricorn: When the Capricorn girlfriend goes into anger, everything becomes complicated. Much. Because you want it or not, it has already exceeded limits and it will be very difficult for things to be as before. Capricorn can bite its tongue at that moment and poison itself. It is full of rage. But don’t think it will be a long time like this. It will end up breaking and immediately apologize. Of course, not because of the fact, if not because of the forms. Remember that an apology does not mean that everything will go back to the way it was before.

Aquarius:  The Aquarius bride knows how to control her anger. She may be burning inside, she may be super angry about everything, she may feel like she is losing control of situations. But on the outside, it is the opposite. He has everything super measured and knows that he cannot lose his papers because if he loses them, he loses everything. You will sigh and huff a lot, but in the end, you will have that self-control that we all want. Of course, get ready to make pretty strong decisions. Nothing will be the same anymore.

Pisces: The Pisces bride handles anger in a very peculiar way and that is, she will not always yell at you or go crazy for telling you how badly you are behaving, but many times it will be the other way around, she will give short answers to everything, she will prefer be silent rather than say things that you may later regret. She just wants you to notice it and know that inside she is full of anger. And of course, he wants you to understand that nothing will ever be the same again. He needs a great regret, a very sincere apology ... And then we’ll see ...