How Do the Zodiac Signs Communicate? 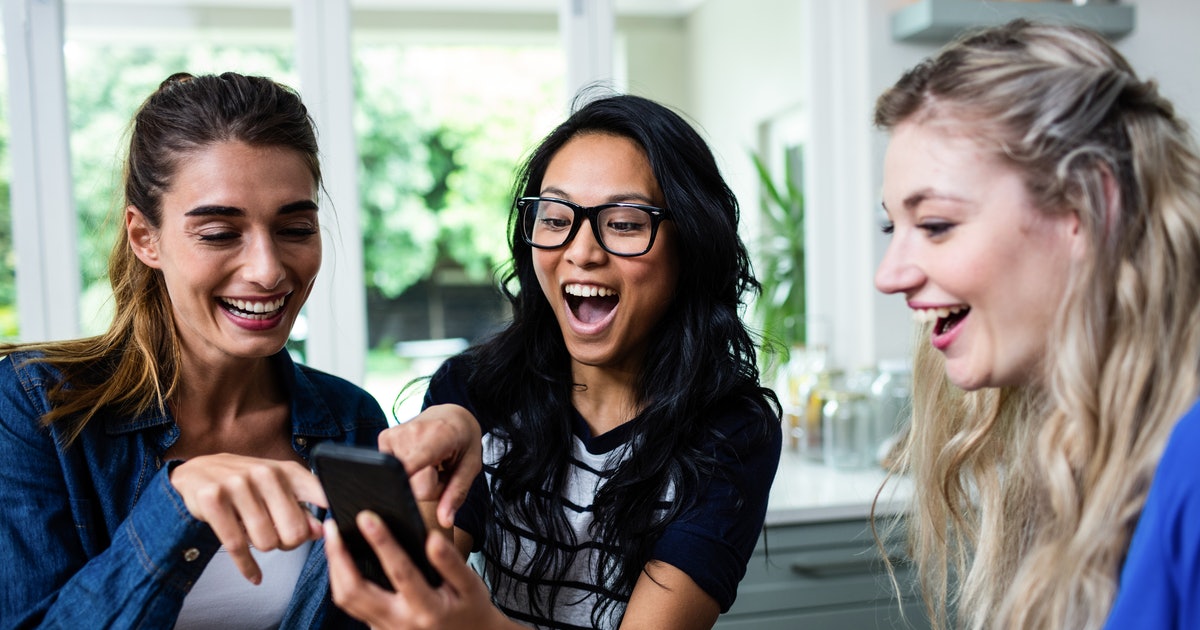 That we all use words to relate does not mean that we all communicate with them everything we want to express. Sometimes we communicate more with gestures or with deeds. And likewise, when others want to reach us by telling us something, we do not always understand them the same way. Do you want to know how the signs are communicated?

Aries is someone of action and is better at communicating with actions than with words. Aries will kiss you passionately before telling you what they feel. Aries will teach you to do something by doing it rather than explaining it to you. Acting, in addition, Aries avoids falling into that failure of his that gives him so many problems when it comes to saying what he thinks: his little diplomacy. In general, to communicate, Aries is direct, to the point, has little patience listening to endless roles, and is very sincere in everything he says.

If Taurus already “seems” calm in attitude, it is difficult to imagine him speaking in a rush. Not at all. Taurus speaks slowly, as it is, but yes, nothing is left in the pipeline, it is very clear. And with the right words, in quality, and in quantity. Nothing to talk about more, or to extend with filler that does not interest anyone. And when in doubt, better shut up and listen. Taurus speaks little and thinks about what to say before saying it. Of course, if you have someone in front of you who is a charlatan, you do not think so much about what he is going to say or take it long to tell him: he tells him to shut up and perhaps add some more comment that in the end will make him blush.

The master of communication never ceases to amaze. He always has something to say, he relates by speaking, he can have several conversations at the same time, he is never bored with his own, he listens well even though he speaks better, and with his words, he practically achieves what he wants. Except that sometimes, he would need to do more and talk less to be perfect. And to add something else, and this may sound like scolding, I could be more conclusive speaking and not omit between the lines. But he is the magician of the word, which cannot be questioned by anyone. If he wants to convince you of something, he will, even if he has to decorate everything a little more. Sometimes the end justifies the means. Listening to Gemini is a real pleasure. Everyone is left with their mouths open.

Cancer could express itself better and better communicate everything it feels or is thinking about if it was not aware of other things, if it was not aware of the future, what will happen if it speaks more than necessary, what will not happen if He does not speak ... He tends to be distracted and that means that when he speaks he is not thinking many times about what he says. In what Cancer stands out as little is when he wants to empathize while speaking: he knows how to show affection, or be protective and cuddly with words. But do not forget that it can also be very hard, very hard, saying what you shouldn’t, shutting up with what you should let go of, getting tangled up and saying the opposite of what you really wanted to say. That of not taking it at face value happens with Cancer, what he says when he is angry or too happy DO NOT TAKE IT AT THE FOOT OF THE LETTER.

Good actors, especially theater actors, are experts at narrating, making people laugh, making people cry, being dramatic and, in general, making any word credible. To feel. What difference does it make if it’s true or not! Leo works magic with words, it hooks you, it seduces you, it catches you. Although yes, it is better defined with its facts. With his words, he plays in all facets of his life. It is an ax amusing the public. And if you already support words with gestures, it is that you embroider it. Leo knows how to speak wonders, he knows how to amaze you with his rhetoric, you will laugh a lot with his wit, with his ways, with that grace he has to dramatize everything, to make a mountain out of something small. But that’s how it feels, really. Maybe sometimes you need to listen more to others and respect what they say, but little else. It is that he is so immersed in his story that he needs to tell everything. Later he will listen to you, that’s for sure, and it will be your shoulder where you cry and laugh, but wait and listen first, please ...

Virgo also needs the words for their relationships just like the air they breathe. But being so intellectual, many do not understand him as high as he has. For those who do measure up, listening to Virgo is amazing because of what he knows, what he analyzes, and how well he expresses himself. If, in addition, Virgo wants to go into detail or find out faults, he will only need not appear too critical, and he will be perfect for that task. Only with words, you can change your vision of the world, and it will not cost you too much. You may believe that he is a bit critical and stubborn and that he may want to take you to his ground anyway. And it is that in the end, it will end up making it safe. Outside of the intellectual, on an emotional level, as sometimes he does not believe what is happening to him, he cannot convince anyone when he talks about feelings. You have to be very clear about everything. As soon as you believe it, everything flows. And Virgo triumphs.

When Libra mixes his social prowess with his power to communicate, it’s a pleasure to listen to him. He is kind, diplomatic, discreet ... He knows how to relate to words and he never talks or talks nonsense. But she also has a “gift” to beat around the bush, if a fly passes they go with her, she doesn’t focus too much on a conversation if it seems uninteresting, so make sure she wants to stay when you talk to her. But Libra is talking to calm, to unite, to fix situations, to support anyone. To sell or sell you have to practice a little more, it does not come out as well as you would like. And because? Because Libra is sincere, and before lying he prefers not to say anything, or doubt, or omit, or sometimes even act and play with ambiguity, but he does not want to lie to you. Libra will not always be the magician of the word,

Scorpio speaks little, and it is not to listen if in front they are telling nonsense and nonsense. Sorry, but you don’t have that patience. He values people very much for what they have to say, in content and that they rebel something about themselves, that they add emotion to what they express, that they add and not that they subtract in their life, that what they tell us something interesting. Scorpio when he speaks is like that, he is passionate, even if it is a contained passion. His words sound strong even if they don’t sound strong. He needs to smile more when he talks, to have a better sense of humor because it scares him a little if he doesn’t. Perhaps it is just the lack of confidence because when he is surrounded by his family that seriousness transforms a bit, and he no longer speaks seriously, but yes, his words will remain etched in anyone who hears them.

Sagittarius talks a lot and shows his intelligence in his speech. He is also sincere and very open, which makes his communication work, just as he relates well, he communicates well in his relationships. He needs to better argue some ideas that he pulls out of his sleeve, something that is easy for him because he has many experiences and can be a good storyteller. Come on, if you want to decorate something a little more, you will do it, but be careful because you are not quite good at lies, anyone who knows you will quickly realize that you are not being sincere. Of course, decorating, telling a little more about what happened, enlarging a fact, or making it smaller goes with Sagittarius. Likewise, if he listened a little more, he could learn even more, and on top of that learning is one of the things he likes the most in life. But of course, listening for listening to stupid things like no ... It’s just that it shows on his face. You can’t, you better go ...

With Capricorn, more than analyzing if he speaks well or communicates well, what we must know is for this sign there are people who are tremendously lazy to listen to them because they do not say anything coherent. He rejects them outright. Gets angry. Capri has never been tolerant of stupid or overly repetitive people. He does not like to be told the same thing twenty-five times, he does not like to give free advice (which he has previously been asked for) so that later they do not put it into practice when they ask Capri for help and he offers it, what minimum to pay attention to? no? In her conversation, precisely Capri what she tries is to choose her words well, to make herself understood, to worry about being clear and direct. His communication is cold, yes, but it serves him well. Cold but forceful, cold in the ways but that can leave your body warm, believe me. Capri tries nothing more than to be practical. Whether or not it moves someone’s tears is not their problem.

Aquarius, when he speaks, reveals an impersonal and objective approach, and that, in many circumstances is the best. Do not contaminate anyone by being subjective or putting a lot of emotions in the speech. Aquarius is also pleasant to talk to and empathizes with people. His problem is when his idealistic side creeps into his speech and he begins to drop ideas that are often utopian. There, the one in front begins to disconnect. And more when it is not taken for granted. And Aquarius ends up speaking to himself or asking a million times if he is understood. But he knows how to speak, and listen, and integrate perfectly into any type of conversation, and if he does not know something he will shut up, or try to give everything a more human touch. Talking to Aquarius is a real delight, and he will understand you perfectly, no matter how convoluted everything may seem ...

When Pisces speaks, it is better to take it patiently and understand in what context it is speaking, because Pisces communicates according to their moods. And his moods continually flow and change direction, so you can go a little crazy if you take what he says at face value. The fish will wake up in a state of mind one day, and speak according to how it is. It does not mean that he lies or that he omits, it is simply the ways, if he has had a bad day he cannot hide it, and if he tries and you know him well you will know ... Pisces has the ability to blend in with the environment which gives rise to He can do many roles and can communicate in dozens of different ways. But of course, the day he woke up well, he helps, understands, gives support and support to anyone, sometimes they even take advantage of his good faith and good background.