How Do the Signs of the Zodiac Do Crimes? 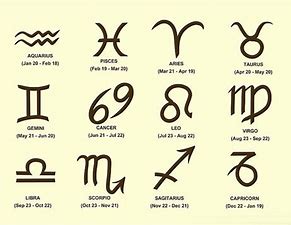 We are going to tell you something that is very curious. Do you know that according to the zodiac sign you can tend towards one type of crime or another? What is a relationship between crime types and zodiac signs? Interesting isn’t it? And don’t think we’ve pulled all this information out of our sleeves.
We are going to know the relationship between the signs of the Zodiac and crime and that each one stays with what interests him. We also don’t want to give ideas, huh?

It seems that among the fire signs –Aries, Leo and Sagittarius– the largest number of criminals are of the sign of Sagittarius, but also the most difficult to capture. Their most common crime is theft, but through fraud. Without touching the money, as he says, and without harming any victim. Interesting. Of Aries, statistics say that they are usually criminals hired by others and are usually armed. That Aries lets himself be ruled by someone? Curious.

And of the Leos, who are the most dangerous of the three! No small crimes. It seems that Leos commit crimes to gain power and recognition. Or go on TV!, others would add.

It seems that the Earth signs –Taurus, Virgo and Capricorn– are the easiest to capture. The only thing we can think of is because they are slower moving. But let’s leave the guesswork. Of the three, Taurus stands out for being the most dangerous, as well as the most temperamental. And the data suggests that their crimes have to do with money laundering, which they execute intelligently and alone. Come on, they go for free more than integrated into a band. Virgos are thieves and hackers, crimes that are aggravated because they are also usually armed. Who would say! (the weapons, because with their intelligence we assume that there will be no safe or technological key that resists Virgo). The third Earth sign, Capricorn, tends to be involved in many types of crimes, but excels in those related to organized crime. Capricorn a kingpin? a trafficker? Oh my God.

Of the Air signs –Gemini, Libra and Aquarius– the most numerous criminals seem to be Libra. And the armed and dangerous. And very corrupt. Are you hallucinating? Like us. To imagine the elegant Libra committing a crime would have been a white-gloved thief. With the best looks in the world to move in the high spheres and clean your safes.

As for Gemini, the crimes he commits the most are fraud, well-organized robberies and fraud. We believe it. With that lip and so well related the twins, he hits them a lot (to get a smile on the subject). And the most good (to call it somehow) would be Aquarius, with three types of crimes: hackers and scammers. But the other crime, again leaves us with our mouths open. Crimes for revenge. No comment.

Of the signs of Water –Cancer, Scorpio and Pisces– Cancer would have the highest crime rate of the three. In addition to being the most reserved and the most dangerous of the Zodiac. And there’s more. According to the FBI, Cancer crimes are usually crimes of passion. They kill several times and leave some kind of marks on the bodies of their victims to distinguish themselves. And they are mentally unstable. At this point we do not get to joke.

Although if we continue with the statistics for the signs of Water, the Scorpios seem to stand out as hired killers and are the most sadistic. And Pisces are often implicated in drug trafficking crimes. It seems that intense and emotional water signs tend to commit crimes in a big way. To great passions, great crimes. It is the only thing that comes out to us to say after knowing these last data.

In short, according to the FBI, the ranking for most and most dangerous crimes would be headed by Cancer, followed by Taurus, Sagittarius, Aries, Capricorn, Virgo, Libra, Pisces, Scorpio, Leo, Aquarius and Gemini.

What do you think? We told you it was going to be a curious thing. And it isn’t it?