How crazy is your ex according to their sign? 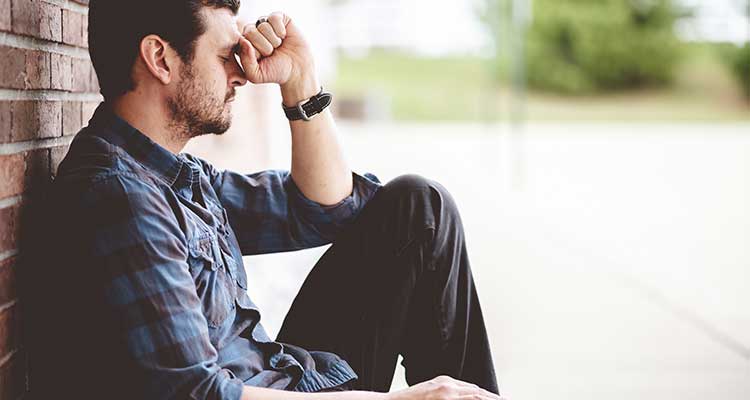 When a person becomes an ex, things change too much. There are people who suddenly are not what you thought they were, nor do they behave the way you thought they would. There are also other people who even surprise with their attitude, they promised you the Moon and once they become ex they don’t even deign to look at your face. Here is the ranking of how crazy your ex is according to his sign:

In this ranking, Scorpio had to be at number 1. It was clear. Scorpios are dangerous when they are in the position of ex. He masks his darkness with a lot of humor but inside his blood boils (and much more when he / she was the one left). He is capable of going to any point in order to manipulate the situation and turn the tables and he can make hurtful comments to ridicule you like: “Are you dating someone like that? Well, yes, you have lost, right? “ or “what a pity you ended up like this.” These types of phrases are very typical of Scorpio, and they will be the softest because everything will be loaded with a lot of poison. Even if you have not heard from your ex Scorpio yet, he is watching your steps ... yours and those of half the world.

Gemini’s is ranked number 2 in the ranking of the craziest exes and that is, when Gemini’s becomes the ex, their world completely falls apart. Suddenly, he is lost, he is not very clear about what to do, where to direct his life or what can motivate him. It is as if suddenly, your ship begins to sink and you are not in control of anything. He will have to accept little by little that he is no longer with you. And that process will be complicated for Gemini’s. One day he will tell you that he still loves you and that please, go back with him / her, the next day he will tell you that he is much better alone and that life is going well for him now, and the next day he will send you paragraphs by whatsapp throwing you in your face everything you promised and failed to deliver. All very crazy.

Whoever has a former Leo knows perfectly why they are located in this number of the ranking. Leo has a lot of pride and a lot of ego, and when he suddenly becomes an ex, he will go a little crazy. Above all, if you are the one who leaves it. Leo will blame you for everything he has done for you from minute one (or at least what he thinks he has done for you because there will be different versions of it). He will lash out at you in every way possible. Leo is angry and his ego is hurt. When you give your heart to someone, you give absolutely everything and often even unconsciously believe that that person “belongs” to you in some way. Feel as if something “his” is being taken away from him. The best thing is that in the end Leo is a sign of fire, and ends up overcoming soon and if not, at least he entertains with something else quickly.

Virgo occupies number 4 in the ranking of the craziest exes because he is a person who, when he becomes an ex, is not what you expected. On the outside, Virgo seems like a very relaxed person, very calm, very coherent ... But inside, Virgo has more paranoid tendencies than you might imagine. Virgo has let his feelings and emotions and especially his anger simmer, and in the end, all of that explodes somewhere. And suddenly, after some time, he will tell you that he still hates you and that you are the worst thing that happened in your life (they have thought about it for half their lives). Meanwhile, you already have a new life and his words matter the same to you as shit. Any.

The former Pisces is too dramatic. He always wants to be angry in some way. He looks for you all the time to blame you for what you said, what you thought, what you promised, and what you failed to deliver, and it can be really exhausting. You need answers to all your questions but the problem is that those answers often don’t even exist in yours. Sometimes things happen and that’s it. No need to seek three legs on a cat. But Pisces will look for them. In addition, he will constantly send you hints through social networks. Everything you write, post or share is loaded with poison ... And it goes straight to you ...

The former Cancer is highly variable, too. You may have outbursts of rage and will not readily accept that the relationship is over. You need your times to recover but sometimes those times last too long for the rest of the mortals. It may seem that he has overcome it but after a while he may be sending you messages telling you how devastated he is and how bad he is going ... He will try to manipulate in some way, even sometimes, he also seems to want to resume the relationship at all costs, even when he knows perfectly well that nothing worked. Often times it is more the pain of losing something you want that prompts you to move on and try by all means.

When Capri becomes an ex, she is outraged because in some way, she has “lost” and that puts her in a very, very bad mood. Capri needs to process everything that has happened and then move token. He may have an angry episode and put a lot of things in your face at the moment. But that won’t be the worst. If there is a bad part, it is afterwards. With Capricorn you can rarely end up being his friend after a breakup. It can take a lot for him to accept and it can take years to forgive you for leaving him but still, you will rarely be able to be your friend afterwards (unless it was her / him who left the relationship). What’s more, surely you have quite a mania even after years. He will want to know about you (in the end, he has to control everything), but he will understand that it is not good for him and one day, you will become history.

Taurus occupies the 8th position in this ranking because, although it is difficult for him to overcome emotional breakups, he does not usually go too crazy. Time has taught him that many times, it is best to endure and try to contain negative and painful emotions until the body itself gets used to it and begins to forget. Yes, Taurus leaves that luck a bit to time. Because he knows that time heals everything. He can be very screwed up, and at the time of the breakup he may not understand half of the things you are leaving him for (he has never found out so…) but it is rare that he goes crazy or causes too much fuss. Unless it’s infidelity or betrayal. Here you have to prepare ... Taurus can forgive but remember: never forget.

Libra occupies number 9 in this ranking because in reality, he is not a person who also wants to look like a crazy ex when there is a breakup. You may cry a lot, and you may be even more disappointed, but deep down, you are still a romantic so, somehow, you will feel that your true love is still out there. Libra does not want anyone to see him with tears in his eyes, so he will disappear from your life as soon as possible (although it is very likely that he will return again later because he has no record). If you have hurt him in the soul, he can make an effort to stay away from you. You will move quickly towards another type of healthier life. Or at least, it will get you moving fast. Libra is able to create that illusion in his head that everything will be fine and in the end, it ends up happening.

The former Aquarius will always try to channel his energy towards something that is really worthwhile and that is why he occupies this number in the ranking of the craziest signs. Even if you are very hurt and disappointed, you will not waste your energy trying to force something that is no longer going. You will not even know how much the breakup could have hurt because, even if they are devastated, they will rarely show it. They easily “disengage” from everything and deep down, always try to hold on to all those projects that lie ahead. Perhaps it is covering one thing with another that has nothing to do with it, but at least, Aquarius is doing half well.

Sagittarius is number 11 in the ranking of the craziest exes because really, when he leaves a relationship, he becomes cold as ice and it seems that all that passion and that heat that he gives when he was well, has disappeared. Maybe in the first moments in which he becomes an ex he will tell you how he feels and try to explain all the good things that you have gone through but later, when he has already assumed that he continues his life only for now, things change. Suddenly he begins to understand that perhaps it is not that bad either and, what’s more, perhaps he even feels that a “weight” has been lifted from his shoulders. Let’s see, Sagi will be bad like everyone else, but she will overcome it much faster than the rest although that yes, she will also get hooked on another person much faster than anyone.

Aries is a very emotional sign but also a very impulsive sign, a sign that is capable of initiating anything, including life changes. That is why it occupies number 12 in the ranking of how crazy your ex is according to his sign. When Aries happens to be the ex, they can cry a lot, they can curse, they can be disappointed and maybe even sink but it will be momentary. He will “resurrect” when you least expect it and he will understand that there is no point in continuing as he was. When a relationship is going nowhere there is nothing to do and in the end, Aries gets it. And don’t worry, he may be a bit angry at first but then he will have passed ...