How Can You Know if a Pisces Likes You? 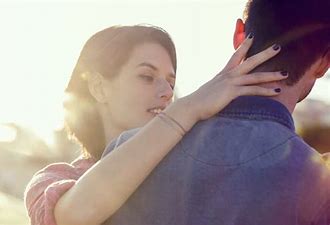 It will not be an easy task, but in the end, we all notice something. Of course, there are signs that make it a little more complicated, as is the case with Pisces. Especially since being Pisces so emotional and romantic, one expects a waste of signals but this is not always the case. Pisces takes his time and is always kind to everyone. If he likes you you will have his attention and availability, but perhaps also the same as he has with everyone. Maybe a little more. So you will have to be very attentive, of course. If their closeness catches your eye or is noticed by some friends, you could be on the road. But don’t relax out there because maybe you’re not right.

Keep watching. And be prepared to be observed because Pisces will be aware of your movements, even if it does not seem so. When he speaks to you, he looks for signs, such as those he offers through his gaze. If he likes you, he will look for your eyes and want to convey to you what he feels through his. Notice how his gaze is focused on you, is intense and dreamy, proof that he likes what he is imagining doing with you.

Likewise, if being together he does not focus on looking at you, and you even notice that he evades, he begins to move the token to capture his attention. It is necessary to take him back to your land because as he moves far away… Bad boy.

At this point, it is necessary that you know that Pisces is shy and has a hard time expressing what he feels. Subtle little cues aren’t going to clarify everything you want to know. At some point, you will have to take the initiative, but only as a starting point to give him security and respond to it. Because of his fear of rejection he has to find answers on your part that give him to understand that you are sure. That you are someone with security, strength, and that with you will be able to relax and enjoy. And that he realizes that he has to express more, which is what you want.

As you feel more confident, you will notice how he becomes more and more involved. And there comes the Pisces in love, the one who will be willing to give you samples of what he feels. Although these samples will not be so much face-to-face and yes in other ways.

In his WhatsApp messages, he will tell you more than in person; in his details, you will see much of his intentions; in his gifts, you will find a special meaning of what he feels… Face to face, it will be when he makes you a participant in his world, in his particular universe, sometimes full of utopias, and that is when you can think that he has begun to bet on you. Showing him what you like everything you receive from him and flattering him accordingly will make him raise his self-esteem and launch more and more.

And both give and expect to receive. They lose the pampering and he has no problem giving them, although he likes to receive them more. As he gives you more and more samples, you will have to fight with two important barriers: to know if his signs of attraction, affection, and attention are real and he has not “fallen in love with love”, and to understand that there will be withdrawals on his part and that you should not be discouraged by it.

Don’t throw in the towel, please. Pisces needs to assimilate what is happening to him and when he walks away it is to protect himself. For the many times, he has given himself to the beast and it has not gone well. Your Pisces, when you abandon yourself to what you feel, begin to imagine and fantasize and get lost in it. But it’s still there and you have to draw him back to you.

Now is when he will need you, that you offer him reality and bring him to the ground with you. Give him the space he needs to reaffirm that he really likes you, that everything is real and not a product of his imagination. If he changes his mood or seems depressed, it’s because of the turbulence of his emotions. Do not move away, do not give him jealousy and you look serious is because of the tiredness of not having slept. Maybe thinking of you. Take advantage of his sensitivity but show him that with you he can be calm.

Putting both of you on your side, there will be history. That’s for sure. And with each passing day, you’ll be encouraged to see how well you’ve done by being so understanding of your Pisces. You will feel very good for his romantic and affectionate mood. For his laughter and for his ability to be happy when it is due. For how happy he can make you when you let him make his dreams come true with you.