How Can You Know if a Capricorn Likes You? 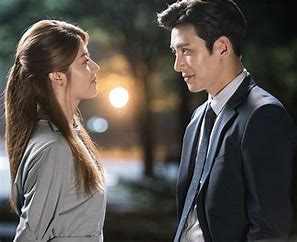 How to know if Capricorn likes you

The secretive Capricorn is taking off some breastplates, including getting nervous in your presence. And he's doing it for you!

Easier than you imagine. And do you know why? Because Capricorn is a quiet, mysterious sign and little given to extroverted manifestations and from there, all the changes you notice in your usual way of proceeding will be indicating something. Without forgetting that if it is in his nature to be closed when he likes someone, it would be absurd to think that he is going to become a walking bell. But there are many signs that you can analyze, and since we assume that you are interested in discovering them, write down each of them well. And congratulate yourself for every clue you come across!

How to know if Capricorn likes you

The first thing you should know is that your Capricorn does not improvise. Unlike other more moving and spontaneous signs, the goat draws a strategy when it sets its eye on someone. If you discover him, don’t get lost in guesswork. There is a safe theme!

For example, if he asks you a lot about yourself, with such curiosity that it catches your attention and even makes you uncomfortable, before distrusting think about this. When Capricorn likes someone, what in any normal person would be to ask some data, in this sign it becomes a list of several folios. And he will ask you, your friends, your family, and even your cat, if you have it. You’re on his agenda and he’s investigating you. Ole for you!

You should also know that Capricorn is someone with very strict habits. Then look at the times it goes off-script. And if it is to be close to you, meet you, appear where you least expect them or stop doing something you normally do, it is that you have decided that you are worth it. Once by your side, there are other signs that show that he likes you.

The first is that he changes your most serious mood for a smile when he is close to you. And if it’s several smiles, even a certain joy, and a lot of receptivity to everything you tell, score several points because your score goes up. And it is that the extreme sympathy in the Capricorns when they are in a period of conquest is something very revealing. Just like if you notice it sweeter than usual or that he agrees with you in what you talk about, that he remembers details that have to do with you, that he looks for excuses to approach you or that he takes note of some that you have commented that you like.

The secretive Capricorn is taking off some breastplates, including getting nervous in your presence. And he’s doing it for you!

Do not forget, however, that there is a logical explanation for all its actions. He wants to get you and knows that being aware of you and offering you what you like shortens distances. Everything is well planned, don’t believe it. But beware, it still has the same merit as if it did everything the same but without having a goal of letting go. With Capricorn, nothing is done crazy, that you know.

What’s more, see if he knows what he wants that there are few things that throw him back. Not even knowing that you have more people dancing the water to you. Not even so. It will be because of his stubbornness or because he likes to have what he wants, but he will not care about everything, you are in his mind, and from there he does not get out so easily.

Next to all these stimulating signs, there is one that may bankers you and distract you. And that’s when he stops talking to you, looking for you, giving you the reason, smiling at you… But don’t worry. All this is still part of his plan of conquest. The thing is, your Capricorn also has his moments of insecurity. And although he moves and is determined, sometimes he recoils if he notices that the terrain is not as safe as he thought.

At this point, you will have already realized the value of a Capricorn. They act with a head and everything they do when they like someone is part of a plan. If you are that “plan”, enjoy the prize, yes, without ceasing to give him proof that you are worth it and that you will be up to the work he has undertaken to conquer you.