Everything You Need To Know About Sidereal and Tropical Astrology

An example, how long is a year?

The zero degree of Aries

Tropical Astrology: emphasis on the mundane

A debate as eternal as it is sterile

Now that we have arrived at Pluto with the New Horizons probe, let’s talk a little about Astronomy

One often hears an astrologer claiming that “you are not the sign you think you are” .

They say you’re not Leo, but Cancer. And so on.

This can create a lot of confusion for some people. Even if they know something about astrology.

But why do they say that? Are they trying to deceive us?

Not really, although the way of saying it can be confusing if the cause is not understood. Which is in Astronomy , and not in Astrology.

In today’s post we are going to explain the importance of knowing this science in order to understand Astrology in a deeper and more rigorous way.

And, by the way, to have better judgment when distinguishing between a good and a bad argument or criticism of Astrology.

Even to avoid falling into a joke. Did they ever try to convince you that you weren’t actually a Scorpio, but Ophiuchus? They were kidding you!

When we enter the world of Astronomy, or read the first chapters of a good Astrology manual (where they explain the position of the Earth, what our solar system is like, etc.) we come across one of those “inconvenient truths” for the mind: we are lost in space!

Long before Einstein, astronomers have been grappling with the relativity of time and space.

The big problem: if everything in the Universe is in motion, there are no reference points!

So, it becomes necessary to use ingenuity, measure and observe a lot, and establish references based, not on fixed points, but on cycles.

Strategies can be varied: complementary, but slightly different. And you have to choose one.

Let’s see an example that has nothing to do with today’s topic, but that is very clear to understand this.

An example, how long is a year?

That’s where we all got.

But an astronomer will want to know exactly how long it lasts , with seconds, tenths, and hundredths.

And that is another story…

We can take as a reference the passage of the Sun by a certain star, and that will give us a figure of how long a year lasts.

We can also take the Earth, and measure one complete revolution around its orbit. And that will be another way of measuring “a year”.

Or perhaps we prefer to measure how long it takes the Sun to return to the same point, but not in the sky, but on Earth. For example, his passage through Ecuador.

And that will give us another year.

But all three are different!

The variation may be minutes, but which one do we choose?

Answer: whichever is most useful for what you need .

When we talk about the tropical astrology and the sidereal astrology, and we try to know which is “better”, we are faced with the same dilemma.

And to the same answer.

The zero degree of Aries

But where does it start?

Well… it depends on what reference we take. 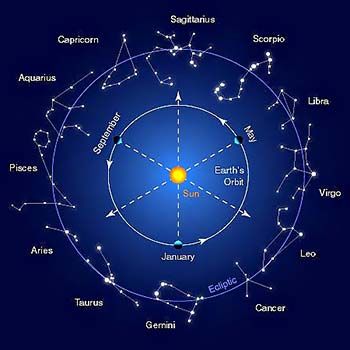 In ancient times, and in Hindu or Vedic Astrology, they use the sidereal astrology.

As the etymology indicates, it takes the constellations as a reference.

When the Sun enters the constellation of Aries, the sign of Aries begins.

But this generates a lot of criticism: it is not known exactly where the constellations begin and where they end, which, moreover, are artificial constructions, which are only in our minds.

To top it off, some overlap, and vary greatly in size.

This system does not take into account the precession movement of the equinoxes.

In fact, it does not take into account the position of the Earth at all (except indirectly). And it is not synchronized with the seasons of the year.

The emphasis is placed on the outer frame, on the sky.

Tropical Astrology: emphasis on the mundane 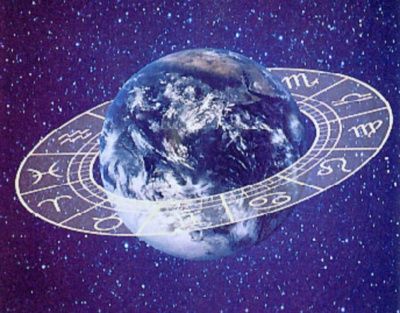 In Hellenistic times, Claudius Ptolemy (2nd century) proposed a new system: to equate the zero degree of Aries with the beginning of spring in the northern hemisphere.

In this way, precession was taken into account, and it was no longer necessary to adjust the system periodically to coincide with the seasons.

The only elements needed to calculate the beginning of the tropical astrology are the Sun, the Earth’s Equator, and the Ecliptic (the graphical representation of the Earth’s orbit around the Sun).

The two points where the two circles of the Equator and the Ecliptic intersect are the equinoxes.

When the Sun passes through them, spring begins (zero degree of Aries), and autumn.

It depends exclusively on the relative position of the Sun and the Earth.

It takes into account the axis of the Earth, but completely ignores the position of the constellations. The emphasis is on the Earth, on the World.

Since Ptolemy, this is the astrology that was imposed in the West, the one that predominates in Modern Western Astrology.

All Astrology with a psychological and transpersonal approach is based on the tropical astrology.

Even the horoscope of the magazines or the books with the “predictions” of the year are.

Nobody uses the sidereal astrology in Europe or America, except for a few researchers on the subject.

It is important to clarify this point so as not to fall into the “you are not your sign” trick.

Whoever says this uses Vedic Astrology , which is more similar to the Astrology that was practiced in Europe in ancient times.

A debate as eternal as it is sterile

The great inconvenience of contemplating the beginning of the astrology in two different ways brings us a more serious problem than that of the length of the year.

And it is that both astrologies move one with respect to the other, and the difference between them grows over time.

First problem, but not the worst.

The other big “problem”, the one that really gives our minds a headache, is that they both work! That is why the debate between one system and another is sterile and impoverishing.

The validity of both systems is proven. If the sidereal astrology did not work, Astrology would not have come down to us (not even to Ptolemy), it would have already been discarded.

If the tropical astrology did not work, what would we do with all the advances in Astrology of the last centuries, including the turn towards the psychological approach?

As we said before, it is not that one astrology, and the type of Astrology that develops with it, is better or worse, more or less scientific or exact than the other.

Both are valid, but it is convenient that we know where, how and what they are used for.

The sidereal astrology was used in ancient times, where the main interest was in events , in “what is going to happen to me”.

The rules of interpretation are the same as those used at the time, and they are quite deterministic, if not fatalistic.

As it was focused on the outside (the sky) it tended to see man as a being subject to the “inevitable destiny” that the stars had in store for him.

From a technical point of view, the main weight is the signs, and the more or less strong position of the planets according to the “dignities” (regency, exile, etc).

Although it takes them into account, the personal planets are still given much more importance than the transpersonal ones.

According to those who investigate it, this astrology allows for better predictions. It is oriented to favor fortune and avoid misfortune.

The tropical astrology looks inward, it is focused on the world, and on man as being capable of creating effects in it.
It emphasizes the individual and his personal relationship with the cosmos .

For this reason, it is the predominant approach in the West, whose culture is centered on individual values and freedom.

Modern Astrology has included advances in the field of planetary aspects, has incorporated transpersonal planets and other asteroids, and has developed non-zodiacal techniques that are more compatible with this astrology (harmonic theory, for example).

More importantly, it has benefited enormously from the psychological revolution that began in the last century with the work of Freud and Jung, a giant step forward in understanding our psyche.

I hope that our explanation has helped you, at least, to decide what sign you are.

In the comments you can expose the doubts that you have left.

And about Ophiuchus, we’ll talk another day…