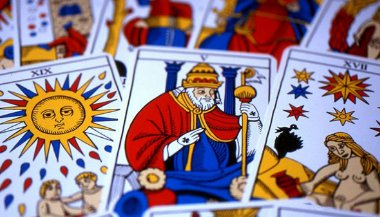 After all, what is the difference between the major and minor arcana in the tarot?

Being ignorant when it comes to tarot, we think the tarologist is only there who takes several cards and uses logic to predict or analyze our present and future. However, this is not how it works, the tarot has a logic, and one of them is the differentiation of the cards.

In the tarot, we have 78 cards: 22 are known as “ Major Arcana,” and 56 are known as “ Minor Arcana. “ Each major arcana brings with it our greatest secrets in part our fate and many issues that we avoid, but that need to be worked. The 22 major arcana are named by The Magician, The Pope, The Empress, The Emperor, The Lovers, The Hermit, The Wheel of Fortune, The Force, The Hangman, Death, The Temperance, The Devil, The Tower, The Star, The Moon, The Sun, The Judgment, The World, and The Madman. Each of these cards brings a more specific meaning and interpretation to each issue addressed.

The minor arcana provide an assessment of our attitudes and the possible paths we have to follow. Thus, they are divided into four suits:

This suit represents our emotional side and everything that affects our feelings and emotions;

This suit brings issues related to work, health, and personality to the table;

Here, we find our emotional conflicts, our aggressiveness, and the feeling of guilt;

This suit brings to the fore the conclusions: the fruits that will harvest after having dedicated so much to a particular objective.

The Minor Arcana assist us in the details and possible resolutions of a problem or situation. Major Arcana brings us the questions that we must forget, overcome and improve. The logic behind the tarot is much bigger and more comprehensive than what we talked about here.