Are Taurus and Pisces Compatible? 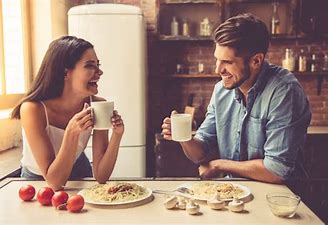 In Taurus and Pisces compatibility both signs need their partner to be strong support, a pillar that supports them when the forces falter. And the truth is that both are coupled in some way to the personality and customs of the other.

Taurus has a special affinity with water signs, as with Scorpio or Cancer, and Pisces, it was not going to be less. Taurus and Pisces compatibility is good, they are accepted as they are. And Pisces relies a lot on the security and calm that Taurus offers him. There is a special connection in almost every type of relationship between these two, and in love, it was not going to be less. Pisces is sensitive and emotional, and Taurus in the background as well. So both are able to understand each other perfectly in many aspects of their lives.

Perhaps there is something that can stress the Bull and that is the lack of security and indecision of Pisces. The latter must be lifted, lifted, supported, and tried not to sink. Because he is very fragile psychologically and Taurus knows how to do it. He knows how to draw the strength inside.

If Taurus discovers infidelity, too much indecision, or the lack of practical sense on the part of the fish, he may leave and not come back anymore. And if Pisces begin to see little affection from Taurus, or excessive realism or his innate extremism, he may begin to think that he is not the right one. And you can go out and look for things outside that you don’t have at “home.”

In Taurus and Pisces compatibility both signs need their partner to be strong support, a pillar that supports them when the forces falter. And the truth is that both are coupled in some way to the personality and customs of the other.

The Bull will ask for fidelity to the Fish, and if the Fish is able to give it to him and there really is a commitment on his part, Taurus will follow him to the end.

If at some point things fail (as in any relationship), and perhaps Taurus loses his patience or Pisces leaves aside that facility to adapt to everything, surely the definitive breakup will be late in coming. Both Pisces and Taurus cling to relationships very much. And surely they will devise a lot of paths before they really put an end.

The best thing between these two signs is undoubtedly the confidence, the delicacy with which they speak when everything is fine and how in some way, they know how to put themselves in the place of the other through empathy. The worst thing, perhaps, is that reality can be distorted at times by both sides. One fails to understand what the other does or why he does it. They can deceive themselves.