Are Pisces and Virgo Compatible? 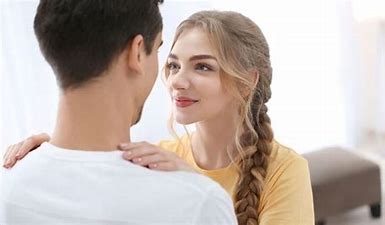 The fish, however, is the antithesis of all that. It is absolute chaos compared to that Virgo so "orderly" and with those ideas so clearly. It can be charming, it can be kind, it can be touching, but maybe that mess and that confusion outweigh Virgo too much.

Virgo and Pisces are signs that complement each other well. In this couple, the saying “opposite poles attract” is fulfilled. They are totally opposite signs on the zodiacal wheel. For Virgo, Pisces brings the touch of fantasy to the realistic world of Virgo. And Virgo is the touch of reality for the dream world of Pisces. Each sign has certain qualities that the other does not have and that deep down he would like to have. Good qualities. This is the Pisces and Virgo compatibility:

Virgo has the power to mess up anyone’s life whenever they want. He loves to know everything, he can find or find out data from all kinds of people, situations, concerns, and problems. Her whole life seems to be tied up but she often doesn’t realize that her life is not what others want to have, and that meddling won’t always be a good option. His life has order within chaos. But it is his order and no one will shake it.

The fish, however, is the antithesis of all that. It is absolute chaos compared to that Virgo so “orderly” and with those ideas so clearly. It can be charming, it can be kind, it can be touching, but maybe that mess and that confusion outweigh Virgo too much.

Pisces admires Virgo, but not consciously. It catches his attention when he seems to have a mental order when he feels that he is safe when he seems to be able to control his emotions… For Pisces, it is something impossible, but he would like to sometimes have that cold blood to make decisions. And also that head with those ideas “so clear”, even if he does not say it, even if he does not like to confess it.

It is not fair to say that Virgo should not admire many things about Pisces, because he would have to. And perhaps more than you imagine. And of course, Virgo knows it but many times he will leave it in the background, a kind of admiration in secret, just like the little fish does. Virgo will always want to know more, he will observe the fish, he will like what he sees, he will be struck by his way of seeing the world and he will try by all means to unravel his secret. His silent mind thinks, “But how will he do it?”

Well, Pisces has a secret that Virgo won’t understand until a long time has passed. Pisces believes what they do, they can have blind faith that things will turn out the way they want. He knows that his desires can materialize in the end if he affirms every day that he will achieve it. For a mind like that of Virgo, much more analytical and earthly, this seems curious to say the least. And yes, sometimes, difficult to understand.

Pisces is able to read your mind and heart before you utter a single word, whether you are a friend or stranger. It will always capture your vibrations, your energies, absorb your joys and your emotional sorrows. Pisces will always see beyond, even more than you know about yourself. Curious but true. Virgo will not allow anyone to burst into his mind, it bothers him that they think they know what he is thinking, what he is feeling. Virgo will stop your feet, even if you know that many times, he is right. But there’s still more to Pisces and Virgo compatibility.

For Pisces, competing is “counterproductive.” It is like a waste of time, strength, and energy. But at the same time, with Virgo he is able to compete, healthily, dialoguing, communicating, but competing. It is curious that their differences in personality are so extreme and yet they know how to talk and fix problems with impeccable serenity (when they want).

The way of life of the Pisces is sometimes not understood by Virgo since they are not at all “realistic”. They are always raising new possibilities in their lives, they let themselves be carried away by intuition. Virgo does not get carried away by anything that is not real and practical. You need concrete facts that make you decide on one option or another. Virgo will serve as a guide to Pisces, help you transform your ideas into facts.

Pisces is able to take the initiative but will not mind leaving it in the hands of Virgo, because he considers it an unnecessary effort. Virgo will enjoy doing it, as he is passionate about having everything planned and structured. Everyone has a role in this relationship and they must respect it and above all want it to be so. It can be the best relationship in the world, the relationship in which they can learn the most, from the bad and the good. A relationship that in the end, no matter what happens, will make them strong and better people, together or apart.