Are Pisces and Scorpio Compatible? 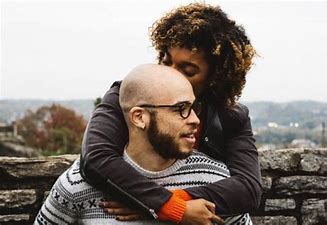 Normally, Scorpio and Pisces see each other, and fall in love.

These two signs are understood. And even if the whole world is not able to know what is going through their heads or what they are up to when they are together, the fish and the scorpion just by looking at each other, are able to read each other. And besides, they do it divinely. Pisces and Scorpio are magnetically attracted to each other through a silent and powerful understanding. It is very rare to encounter enemies of this combination (although there are). They can stop talking, they can just be friends or even stay distant but becoming enemies will be very complicated. They will always be joined by a transparent thread, even in the worst cases. In those in which they almost “kill” themselves because they could not stand. This is the Pisces and Scorpio compatibility: Whatever relationship it is, father and son, lovers, stable partner, friends, or colleagues, they will synchronize as if they had telepathy.

Normally, Scorpio and Pisces see each other, and fall in love.

And it is also a love of the real ones, of those of “I want to take care of you and that you take care of me”. Something like “it was you and I’ve found you.” At least it happens 95% of the time. It is an instant passion and yes, what could be love at first sight, a crush. Pisces and Scorpio compatibility is usually quite high as a general rule.

But of course, not everything is so simple. With so much empathy between them, it would seem that a fight between these two would be impossible but the problems, as in all relationships, come. And the problems in this relationship can be much more intense than in others. Scorpio wants to control to the maximum, and the fish will not make it easy for him. It may seem that Pisces is a weak and easy sign to manipulate (or so Scorpio sometimes believes) but it is not so. It is sensitive, just that, but not weak. The two must adopt a more submissive role to avoid conflict. In addition, Scorpio should try to better understand the sensitive and artistic character of Pisces. Meanwhile, Pisces must be patient with Scorpio to make him come to his reason in a way that does not feel cornered. Because he will never tolerate it.

In Pisces and Scorpio compatibility, at first, Scorpio will seem the strongest of the relationship between the two, but it is not so. It is the other way around, although many are surprised. Both have the water element, and water is the strongest element of all so, both are very resistant. Scorpio has a very great power, which makes him move mountains, which makes him get what he wants when he sets his mind to it. And that’s called ego. However, the fish has much greater power, a power that really, very few can boast of having. And it’s humility. Always the latter will be much more powerful than the first and it is a life that will prove it.

Scorpio is extremely hard to surprise, and why? Because in reality his intuition always goes much further, he foresees your movements, he foresees what is going to happen, but with the fish, he is very wrong. For better or worse, this one will always give one last surprise and will be a real bomb, totally unexpected.

Pisces on the other hand is not a person who thinks too much about tomorrow, and when he does, he doesn’t feel comfortable at all. The fish believes that enough is enough with what it has to live today, which is already too much. However, Scorpio, being a fixed sign, needs to think about it. It’s a boost, you need to secure a future or at least know that your portfolio won’t slack off much when times can change. Despite being a flowing water sign, it needs some security.

Although the head of Pisces tries to concentrate on living in the moment, if he has any premonition, any vision of what may happen, he will soon tell Scorpio. He knows that he is a person who will understand because he has the same power. Both will know how to understand each other without even using words, a simple look or a gesture can make each one know what is happening to the other through the mind. Scorpio will tend to silence. Pisces to the need to talk and to vent, but at the end of the day, the end will be the same. The two signs are extremely intuitive and that sometimes makes the relationship easy.