Are Pisces and Sagittarius Compatible? 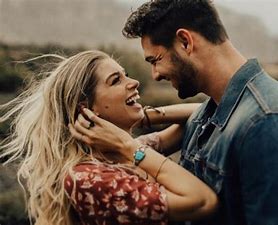 Pisces and Sagittarius form a compatible couple, at least that will always seem at first.

These two signs cannot prevent physical attraction but they may never be accompanied by such a mental attraction.

Okay, between Pisces and Sagittarius something is clear, the tension is palpable in the environment. And of course, a little tension is not bad. The problem is that a strong dose can cause less beneficial excesses, and this couple knows this well. If both want to live in peace they will have to control each other, both, and much more than usual. But you can. This is the Pisces and Sagittarius compatibility:

Pisces and Sagittarius form a compatible couple, at least that will always seem at first.

Although it is not a very powerful attraction, as soon as they get to know each other, they begin to get closer to each other. They are sought after but let go, like want and I don’t want to, like a game that only they seem to know. Sagittarius exudes energy, optimism and is also generous, something that attracts Pisces like a magnet.

Pisces also attracts Sagittarius in its own way, with an aura of mysticism and spirituality. That feeling that he hears each of the words he says is something that melts Sagittarius since many times he has a hard time communicating with others because no one understands him. One has what the other lacks, and sometimes it will be attractive. It will attract attention but other times it may be what triggers the discussions.

Pisces will need to be next to Sagittarius, a lot. You will want to be heard because you have to vent and it may be that at first, you spend too much time together. Sagittarius can get a little locked into the relationship often. But Pisces is able to give him freedom because Pisces understands Sagittarius’ desires for freedom.

These two signs cannot prevent physical attraction but they may never be accompanied by such a mental attraction.

Although in some places they want to be at the height of the other. Pisces, all emotion, and Sagittarius sometimes too sharp, a combination with 80% of ballots to end in drama. But there is also that 20% that makes it not. There may be small problems on a day-to-day basis because everyone has a worldview. Pisces likes to help others, fight injustices, and perhaps gets too involved in matters that he should leave a little more aside for not suffering. Sagittarius, even though he is generous is not involved in the same way. He lives things as they come to him and if his mouth lets go of an unfortunate comment, he lets go. But it stays there, at that moment, and to something else. The fish can end up injured for days with Sagi’s comments.

They have many shocks, because of the “little tact” of Sagittarius and the sensitivity of Pisces. It is a complicated subject but you have to learn that the mouth of the archer goes faster than his mind. And you can unintentionally drop more than one hurtful word. And of course, the fish is sensitive but it also has its genius so, when it explodes everything can turn into chaos.

Do not forget that the character of Pisces can hurt too because even though he does not always draw his anger when he does, he will do it without a filter.

Although many times neither of them agrees with the ideas that the other has in their heads, it may seem that they even respect each other, somehow, even at times, they may think that perhaps they could even learn new things from each other.

In the Pisces and Sagittarius compatibility, everything seems a bit insecure. Nothing is very stable, but at the same time, it can be compatible. Many of them endure until the end of their days, although it may sound like a joke. The secret? Downplay everything, EVERYTHING. But it’s a very complicated thing…

Pisces is very sensitive and tender, conversely, Sagittarius can disappoint you and even hurt you with his cruel frankness. But for example in other aspects, both complement each other and commit to working tirelessly to make their projects a reality. They are in solidarity with each other and with others. Pisces is understanding, thoughtful, and respectful of freedom, and both love independence.

Many times, it will seem that the government of the relationship is Sagittarius because Pisces is susceptible and ends up obeying. But always up to a point, and Sagittarius must keep in mind that perhaps the day I exploded, he will leave. So without more, without even saying goodbye. It’s over and it’s over. That will catch the goalkeeper by surprise since at times, he thought he was in control. And of course, he had it, but he stopped having it…

Curiosity and adventure, the fact that they do not like to spend a long time developing the same activity, enjoying exploring new territories, new cities, the fact of exploring each other without entering into disqualifications or insults, is probably the most positive thing that a relationship between Sagittarius and Pisces can have…