Are Pisces and Leo Compatible? 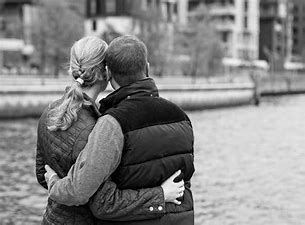 Leo will love to master the situation of everything and, as long as everything goes well, Pisces will leave him totally. This is the Pisces and Leo compatibility

The lion and the little fish. Curious combination. This couple is much more common than people think. There are many unions between these two signs of the Zodiac and it is because Pisces feels protected from the inner strength of Leo and the latter is attracted by the sensitivity and mind of Pisces. Pisces is able to admire the lion as no one has done and that causes it to rise to heaven.

Leo will love to master the situation of everything and, as long as everything goes well, Pisces will leave him totally. This is the Pisces and Leo compatibility:

Leo will always have a special attraction to people who “seem” more fragile and more sensitive in terms of feelings. He has that need to take care of the other, not to fight. He needs someone to complement him, even though, at the same time, he also loves to fight and argue when he thinks someone is up to him. But with the fish, this does not happen, unless Pisces feels that he has already pushed it to the limit.

In turn, Pisces gets carried away, he doesn’t mind being “dominated” a little. In fact, as long as it is with affection and affection, it does not feel bad when the other can take the reins in matters in which he does not feel safe at all. The lion will undoubtedly be the one who, in the end, dominates the fish. And perhaps the fish, only at certain times try to dominate the lion, but it will be something practically impossible.

Pisces has no problem admiring Leo when he knows he must. It is not a sign that has a strong pride. Pisces simply flows and if he has to value the lion, he will do so without asking for anything in return. Nothing will be premeditated and everything will be sincere. Pisces in turn will need tender care, and things as they are, no one is more protective and affectionate than Leo with the people he loves.

The little fish brings tenderness to Leo. And this can in turn gives great emotional security to the life of Pisces. Although astrologically it is not a good combination by nature, they can contribute a lot if both flow harmoniously…

Leo has a hard time serving others, much, much, and more when they are forced. But Pisces arouses a special interest. The lion has no problem giving him everything because he feels that he is not his opponent, he does not feel that his ego falls, with Pisces he does not.

Most Pisces find it difficult to decide what exactly they want to be or do. They will listen to almost all the advice but may only follow it for a short time, or perhaps not even follow it, this is where some of the problems can begin. If Leo is not obeyed, he feels heartbroken. As Pisces cannot bear to see anyone in that state and as Leo cannot bear to see anyone wandering aimlessly, the lion gets angry and the fish is saddened. All this with a great previous fight.

Pisces should not forget that what will placate Leo’s beast will be that they value him, with sincerity, without makeup. Let him express himself as he is and listen to him when he is right. And Leo, you should not forget that with the fish, kindness is the most reliable tactic to attract it. That when it is demanded with screams it only drowns and shuts down. It will be difficult for them to adapt to each other, but it is not impossible.

Both are so, but so different and, at the same time, they can complement each other so well when they bring out their most positive side, which is curious even for them.

They are able to teach themselves things they would never expect to learn. Pisces is idealistic, difficult to carry on many occasions, and Leo must learn to take care of and protect him. And above all to get into their world and see things as the fish really sees them (something difficult but not impossible). In turn, Pisces must learn never to be dishonest and not to hide so much mystery, since Leo will first distrust. If this begins, the relationship will have many ups and downs, confrontations, relationship breakdown, reunions, passion, provocations, breakdown of the relationship again… It will be complicated.