Are Pisces and Gemini Compatible? 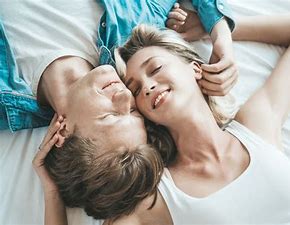 Pisces won't bear to feel harassed by Gemini's questions. There are things that are not explained, that are only felt, if you feel too pressured you will run away, you will escape. He won't be able to bear it...

The relationship between Gemini and Pisces occurs very often, it is something of a fatal attraction. Because it must be said that it is not one of the healthiest relationships in the Zodiac, nor one of the most compatible. But for some strange reason, they attract and there are many couples of this sign who are together, killing each other but together… This is the Pisces and Gemini compatibility:

An air sign, like Gemini, is not quite comfortable with a water sign like Pisces. And the same thing happens to Pisces with air signs, that “instability” they seem to have makes them more insecure sometimes ... Complicated? Yes…

On the other hand, there are some things that both signs have in common, even though they don’t want to look like each other for anything in the world. For example, they give the impression of being elusive, both seem to fly without any direction, without a fixed direction. They are difficult to catch, they appear and disappear when you least expect it. The two are able to disconnect and get into their dream world for fear of being harmed. Out of boredom or because they just want to disconnect.

Gemini on the other hand believes that he can understand everything, and yes, he knows how to analyze, dissect, and is a master at knowing the defects, virtues, weaknesses, and strengths of others. But with Pisces, there is a problem and that is that the fish often does not even understand itself, so how are others going to understand it? Yes, Gemini comes and tells him what he sees, tells him what he is, and he will be critical if he thinks he should be, and he will be cruel if he believes that with that the fish will react. But he doesn’t realize that sometimes, dismantling Pisces like this can leave him without strength for a while. Until he recomposes himself and until he recomposes his self-love again.

Pisces won’t bear to feel harassed by Gemini’s questions. There are things that are not explained, that are only felt, if you feel too pressured you will run away, you will escape. He won’t be able to bear it…

Gemini complains about Pisces’ pessimism, he believes the fish cuts off his wings. He thinks that sometimes he gives too many turns to everything, that he puts importance on things that do not have it. But the little fish will always defend itself by saying that for him/her if they are important.

Pisces is sensitive and Gemini knows how to hurt when he is hurting. He has a subtle way of sticking knives with just words, which Pisces can reach the soul. This is one of the darkest things within the Pisces and Gemini compatibility.

In spite of everything, why are there couples who come to continue despite the fact that astrology was turned against it? Because both know how to recognize when they have made a mistake. Even if it costs them and neither of them is going to impose on the other their way of seeing things. They tend to know how to listen to others, they know how to change their position in time if they make a mistake. Gemini knows how to communicate, he needs to express himself, and the understanding Pisces will always listen to him selflessly.

Gemini and Pisces are inconstant signs as well and change very easily. This can create some problems, especially stability and direction towards the future.

The relationship between these signs is irresistible, irresistible attraction, but everything is very intense, and feelings overflow, words that hurt and impatience arrive. In the compatibility Pisces and Gemini after there is a warm reconciliation for sure, the problem is that not everyone will want to put up with something like that. The problems they have between them should ALWAYS be solved when they are small.