Are Pisces and Cancer Compatible? 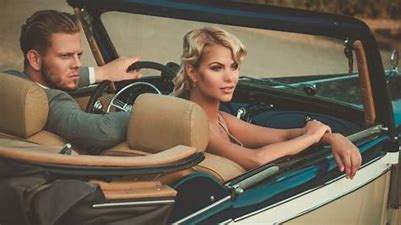 You may come to know how or in what way the crab will have the mood. This is the compatibility of Pisces and Cancer.

Pisces and Cancer have an instant attraction. Perhaps not only sexually, but a sympathetic attraction, they attract each other, laugh and yes, most of the relationships between these two signs are peaceful and calm, most… Pisces’ moods vary too much and most people don’t know how they will wake up each morning. However, the states of Cancer, going many times in relation to the Moon are “a little” more predictable, and not always… But hey, the fish plays with a little more advantage.

You may come to know how or in what way the crab will have the mood. This is the compatibility of Pisces and Cancer.

Although this relationship astrologically speaking is favorable, it does not mean that in all cases it is the same. There are no lifetime warranties. There will always be conflicts, but conflicts that in the end, are not difficult to fix if the two of them do their part.

For Cancer, money is necessary, he knows how much things cost, and that’s why he is cautious with his life in general. Of course, it has attacks from time to time when it comes to spending it, but always with a certain measure. He is not overwhelmed by having more or less, he is stressed to see himself in the situation of having nothing because he had a bad head.

Cancer is more possessive and demanding, they are more likely to try to mold the other to their liking and love to uncover hidden secrets while theirs keep them under lock and key. In this sense, Pisces is one of the few signs that you can discover and read to the crab without it having to say anything. He will know when he is wrong, when he is well, what he needs, and if he does not know, Cancer will end up confessing it. Because Pisces has the gift of listening to it, of understanding it, and above all of not always losing their nerves when Cancer is a river of tears. Or when he goes crazy with joy, or when he asks too much, or when he needs an answer…

Pisces will know how to control this, in their own way, but they will always try to control it. The fish will not want to pretend that it is interested in Cancer and everything that happens to it. His interest is real and even though it may unbalance him a little, for all those ups and downs, Pisces will always be there. Unless there is a justified reason not to.

One of the most latent dangers that can be in this relationship is that both can change their minds and direction for no obvious reason. Both can wake up one day wanting to eat kisses and another wanting to kill each other. They are able to send everything to shit at any given moment, even if they regret it at the minute. They must control a lot, a lot, the interference of third parties in the relationship. They are very given to open the doors to anyone without seeing the dangers and sometimes, they can be carried away by phenomena that can excite at a given moment but that in the end will end in something tragic. They let themselves be carried away too much always having the assurance that the other will not.

At the same time, they feel the same needs and are able to understand each other instinctively in seconds but they are too variable. Even if one knows what the other needs just by looking at it. If they are angry, neither will give in and pride will eat them both. It will be a pride that may not last so long if the two end up communicating well. But it can last for centuries if no one gives their arm to twist.

If things go well and don’t fall into silly fights that can be solved by just giving in a little, Pisces can grow the Crab emotionally. It may be that person who makes Cancer not overwhelmed by the past or the future. It may be that person who teaches you to stop worrying about tomorrow. And Cancer, it may be that better half that Pisces craves. That person who cares about the fish, who wants it as it is. And that, although sometimes he fights to try to change, deep down, he admires his personality and his way of feeling life.