Are Pisces and Aries Compatible? 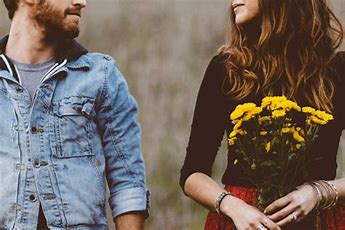 Pisces and Aries compatibility will only work if you both do a lot of your part.

When Aries meets Pisces, things are clear, the first thing that comes to mind is that you can shake him from one side to the other. He thinks he will be able to handle it at will, and that, as much as he wants, is not going to happen. Aries will realize over time that, behind that sweet face and kind soul, lies a little fish with character. And although sometimes he has it hidden, it is there. Aries is a fire sign and Pisces water. Aries is pure adrenaline and Pisces gets carried away more, the water does not resist, it only flows or adapts… This is the Compatibility Pisces and Aries:

Pisces is that sign capable of calming the ram. It will convey that sedative effect, because perhaps in an argument it has more head and does not get into the rag. You may prefer to stay calm until the storm passes. But beware, do not trust because you will not always have that cold blood ...

Aries loves to know everything and will move whatever it takes to find out that secret that he does not know yet, that lie that you try to hide from him… The problem is that with Pisces you will feel that things escape you. Because the little fish has secrets that will be taken to the grave. Think that there are things that should not be told and not because it is a betrayal or something like that, but because you need your emotional independence as well. And there are things that there is no need to tell, that are yours and period and that will be a great annoyance for Aries.

The ram, deep in his heart and although he does not always say it, admires Pisces. And he admires him for the simple reason that, behind his relentless “hard”, Aries also suffers. And at some point, he has also felt like Pisces, but he does not envy him, he understands his behavior but he will not show that also sometimes, he can feel the same.

Pisces will look at Aries with respect, and unlike the ram, he will want to learn from them and even imitate him if the behavior is good. Water is not only the strongest and most powerful element of all, but it is also the wisest, and therefore, the strongest…

Pisces can become very dependent on their partner but Aries in the background, when it is already well nailed, it is more, although it will know how to control itself so that it is not noticed. The ram will feel that many times he carries the full weight of the relationship on his back, which has no help from Pisces. Pisces takes things much more calmly. It does not have that nerve that characterizes Aries but everything is a matter of patience and desire of the two signs of not taking things to the tremendous. And above all to know how to respect the times and the personality of the other.

Pisces and Aries compatibility will only work if you both do a lot of your part.

It is very likely that these two signs are not understood because Pisces is a dreamer who walks slowly so as not to make the same mistakes over and over again. Slowly but steadily when something is proposed and Aries is speed personified. That Aries is so active at certain times can create Anxiety and stress for Pisces. And that’s when the fights come.

Let’s say that Aries often acts without thinking if he is really hurting Pisces and the latter, being one of those people who are able to accumulate damage explodes when it was least expected.

Pisces has an excessive cost to get rid of the person he loves and Aries however he is much colder and impulsive to say goodbye (although many times he does not do it sincerely). That can get Pisces on their nerves and it may be that the day he takes the initiative to leave, he will do it forever.

For this relationship to thrive Aries must take into account the sensitivity of Pisces. And Pisces must learn not to take seriously the reprimands of Aries, for it is only impulsivity and exaltation. The relationship between these two signs is full of ups and downs but also of very passionate reconciliations. What will be complicated? Yes, a lot, that they will have to have a lot of patience for such a relationship to move forward? Too much…