Learn The Characteristics Of The Sun In Aquarius - Sun Sign 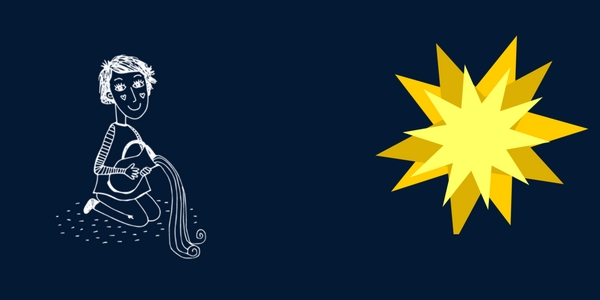 Understanding the characteristics of the Sun in Aquarius

Sun in Aquarius in love

Sun in Aquarius at work

Sun in Aquarius with the family

Sun in Aquarius in friendships

The natives of the Aquarius sun sign are strong and attractive people. In general, those who have the Sun in Aquarius are divided into two groups. The first, they are more shy, sensitive and patient. The others, in turn, have an exuberant role and like to appear, they are more alive in relation to the other group. The common point is in the fact that they have a very great force in what they believe.

In general, the natives of this sign are very honest. Despite being strongly positioned in relation to what they believe, people with the Sun in Aquarius have the positive characteristic of recognizing a contrary opinion and even changing their ideas when they perceive that something is better than they imagined.

In that sense, the people of that sun sign have the ability to understand the various arguments about the same fact, which makes them one of the most non-judgmental and tolerant signs of the Zodiac. Aquarius is also a sign that is very open and willing to learn from others.

Understanding the characteristics of the Sun in Aquarius

The person with the Sun in Aquarius also has the characteristic of being very human and sincere. He likes to express himself and show that he is right, but not in the sense of showing up. He just likes to share knowledge and, in some cases, he does that with humor. It is quite intelligent and logical.

The natives of the Aquarius sun sign also like to take time in the routine to reserve themselves, in a moment of meditation and reflection on life. They do not like to follow a pattern of behavior, that is why Aquarius is known to be a sign of original and revolutionary ideas. They tend to have a global vision of life.

Sun in Aquarius  is also marked by its sociable, humanistic and supportive nature. Because he has a non-judgmental character, he highly respects the differences of others and tends to get involved in self-management social projects, which seek to help based on independence. Despite this supportive character, these natives can be somewhat stubborn and even individualistic in certain situations.

Sun in Aquarius in love

Because they do not reveal their feelings easily, people with the Aquarius sun sign are not usually very romantic. In addition, the fact of being very proud makes them avoid giving themselves to their partner easily. It is one of the most difficult signs when it comes to creating a stable relationship. They do not like frequent displays of affection, they prefer freedom and prioritize their own wills.

Sun in Aquarius at work

The natives of the Sun in Aquarius stand out when they do group work, but prefer to be leaders of a team. They are people who like knowledge related to nature, that is why they do well in jobs related to the biological area and health. They also do well in technical professions.

Sun in Aquarius with the family

Independence is quite strong in the natives of Aquarius. Therefore, they do not usually accept the restrictions of family life. In addition, they are quite independent individuals and full of friends, which makes them not seek the stability of building a family. For people of that sign, living alone is not a big problem.

Sun in Aquarius in friendships

The Sun in Aquarius has strength in the field of friendship. Being someone who respects each other’s space a lot and understands differences, the Aquarius sign collects friends of all kinds. They are loyal and understanding. For that native, the grace of life is in the possibility of meeting different people, singular and unique.