1st House in Astrology: Know Its Meaning And What It Reveals About YOU

Characteristics of 1st House in Astrology and its Origin

The Influence of the Planets in the 1st House

The 1st house in astrology is directly related to our outer identity and the emotional mask we show to the world, as well as self-worth and many other aspects related to birth and our ancestors.

Characteristics of 1st House in Astrology and its Origin

The origin is of the utmost importance, not only when we speak of the principles of the universe and life on earth, but when we refer to the life of people, its entire base; how it all started for them.

It is a term that links many factors, because the origin does not begin at the moment in which we are born, it encompasses much more than just that, it goes from our parents, grandparents and all our ancestry, to what they inherit to us, which may be in the future. physical aspect, referring to health or economics and the type of home in which we grew up.

All these characteristics are also immersed in the 1st house and how the stars, planets and other celestial bodies affect these aspects of our lives.

In the first instance, it is represented by the signs Aries (which is also associated with the 1st house ), Sagittarius and Leo. It is described as fun, energetic, alive, confident and expressive, usually a person who is linked to this element has a euphoric and powerful personality. It is an important element since a lack of it projects anguish and expression or weakness.

In association with the 1st house, this element attracts egocentrism and pride, being very relevant in the personality of individuals. Most of the people influenced by this element stand out for being authentic, attractive, uninhibited and are not afraid to express their criteria or virtues.

It is an element that provides burning energy, it needs to be channeled in the best possible way or it could end up overflowing, negatively influencing aggressive and impatient personalities, with extremely high egos that are capable of destroying anyone. in order to fulfill their purpose, often seeing themselves consumed by themselves.

Mars is related to fire, the color red, passion and romance, but it is also strength and power. It represents the determination in our actions and their corresponding goal, the confidence and ambition that we have in life towards the challenges and projects that we carry out.

He also forges an explosive and vibrant character like himself, symbolizing violence and blood but masculinity and instinct.

It is the beginning of the zodiac, it corresponds to people born between March 21 and April 19 and its constellation symbolizes a ram. People belonging to this sign have a strong and vibrant personality, which will always be governed by actions before words. They are faithful to their beliefs, thoughts and decisions, just as they are direct when communicating, brave and risky and like challenges. 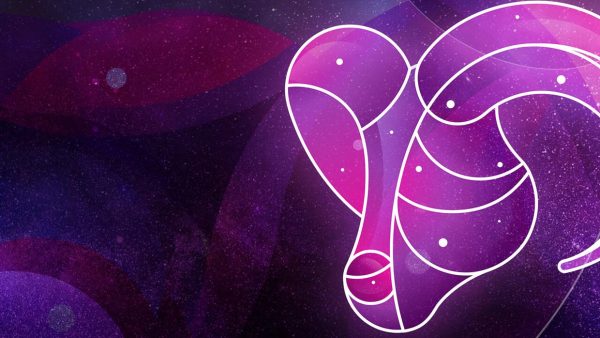 They are trusting people, who take control of their lives and their relationships by force, they are governed based on their criteria and often based on their instinct. Leaders by nature, they like to dominate everything in their environment but they move freely and without the option of being oppressed or placated.

They are faithful to their friends, very characteristic for their frankness, although this can often lead them to hurt the feelings of the people around them. They have a lot of sexual energy and are intense when loving, they stand out for being very possessive and dedicated to parenting.

The ascendant is the cusp of the first astral house, which is defined by the sign that rises in the year, month, day, hour and exact place at the time of birth, and this is very important when defining the character and the qualities of a person, as this will be governed mostly by this sign.

It is also the first point to make a birth chart or an astral chart, it must be taken into account that both the rising sign and its ruling planet will influence the appearance of a person from the moment of birth. It symbolizes the beginning and the origin but it is adaptable and also represents the learning and knowledge acquired over time, which will shape our current and future behavior.

While the ascendant may be related to outward appearance, it could be said that the sun sign is more linked to the essence and interior of each individual. It will also be more influential when using the birth chart to predict the future.

In simpler terms, the ascendant is the mask we wear, by which others know us and how we show ourselves to the world. However, there is often a huge difference between what we appear to be (ascendant) and what we really are (sun sign). , this is what corresponds to our essence and what is with us from our origin.

The Influence of the Planets in the 1st House

Although house one represents the exterior and although it is directly linked to the planet Mars, this house will always be a variant depending on the person and are not governed based on the characteristics that define this celestial body and its corresponding sign. The planet to which the first astral house of each person is related, will be determined by the rising sign.

The Moon represents the most emotional part of the human being, it is the instinct and the mother, it can be our receptive sensor and how we take and nurture ourselves from all the teachings that we obtained throughout childhood and how we use it to face situations in our lives. everyday. 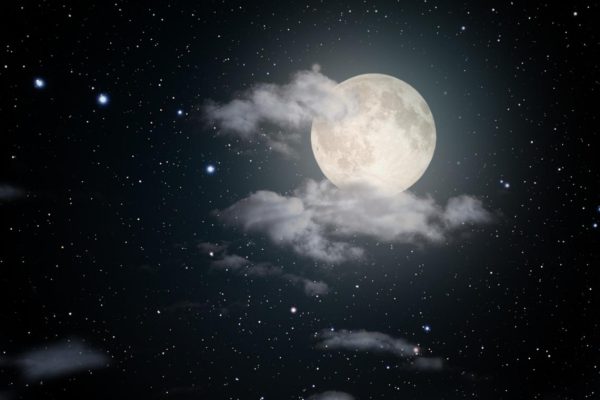 Therefore, people who have the influence of the Moon in the 1st house are receptive to all the factors in their environment, which can affect them both negatively and positively, they tend to seek affection in any way and in the worst of the cases are often so in need of this, leading them to make mistakes about the type of people who influence their lives.

On the other hand, in the best of cases they are people who love very deeply and will share an intense relationship with those who correspond to them.

The Sun symbolizes the father, it is vitality, confidence and security, it is our center and the point of our life on which we decide to focus, it also represents all the strength and will that we focus on in all aspects of our life.

In the 1st house, the Sun forges energetic and vibrant people, like himself, they have a kind of magnetism that attracts everyone around them, they are powerful people who move through life trying to influence in some way the lives of others. In addition, when the energy is poorly projected, people take on an egotistical and greedy character that tends to generate conflicts in their personal and often work relationships.

When we talk about Planet Mercury specifically, we can refer to the entire family environment, as well as communication and how we use it with the whole world and towards ourselves, and the teachings we acquire throughout life. 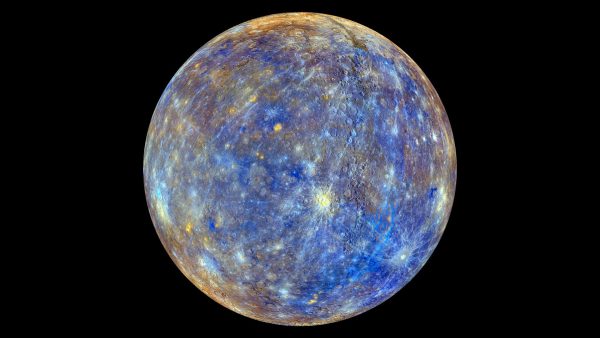 Its influence will always be reflected in an instructive way, it is about our ability to acquire the knowledge that is given to us by any means and how we use it in the different aspects of life.

Having this clearer, people with Mercury in the first astral house are lovers of knowledge and seek to obtain training through different means and in many intellectual and artistic areas, they are observers and tend to use their brains rather than be guided by feelings.

It symbolizes romance, beauty and charm. Its influence stands out for being pleasant, in which people seek delight through any activity that has a satisfactory result in some aspect of their lives, we are not only referring to the sexual sphere, but also to the emotional and spiritual.

They are not lovers of pain or sadness, but rather shun and avoid it at all costs, even in conflicts in which they tend to outsmart their opponent and seek a way to reach a verbal agreement that is beneficial or detrimental to them. Neutral to both parties.

Saturn influences in an introverted way, forming mostly closed people who prefer to go unnoticed in front of everyone, are more than anything apprehensive with themselves and hold back from the pleasures of life if they correspond to some risk to their person. 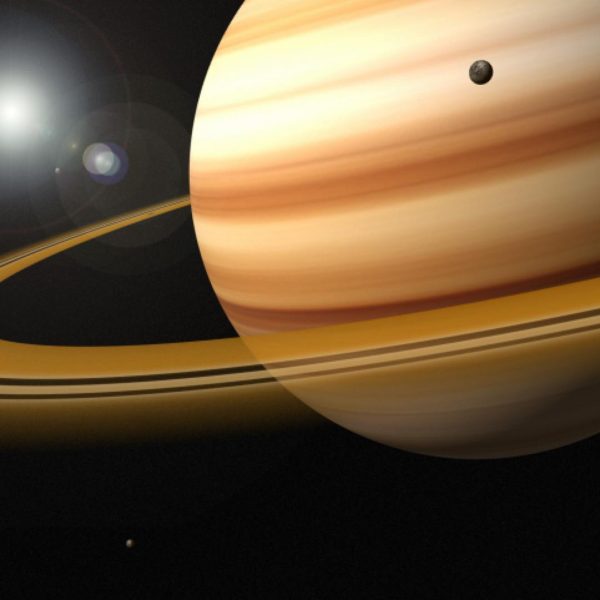 They are reasonable and guided by conscience, being cautious with every step they take, they are intelligent and mature, although this could often play against them by not being able to enjoy the small and great delights of life.

They are smiling people who will always let themselves be carried away more by feelings, forge the artists of the century, they are adventurers and lovers of change as long as it influences them in a positive way. They have very high expectations and dreams, their way of managing life is based on living large, with everything they have and everything that comes, being mostly free and happy.

When Uranus is ruler in the 1st house, people can be considered by society as rare, but they are authentic with their way of being and their way of seeing life in all its splendor and complexity, they have a strange aspect that can be a reason of many insecurities.

In the worst case, they fail to adapt to society being judged in many ways for seeking practices that are not fully accepted by it.

This star personifies greatness and development, in house 1 it greatly influences the physical aspect, granting imposing qualities, being respectable and safe people in their environment. Most of the individuals are joyful and with conviction, their business card is ethics and they move through life transmitting confidence. 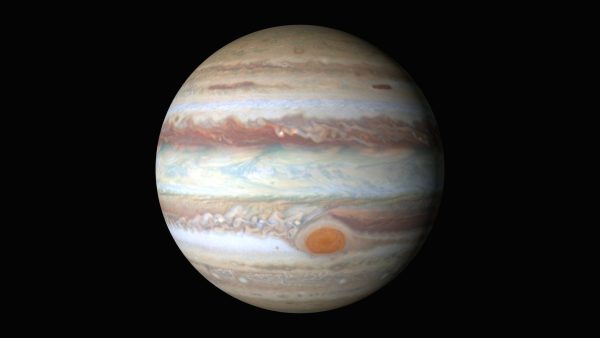 Always looking up, they seek triumph and victory more than anything in the labor aspect, they are not conformists and cannot adapt to a routine because they will always seek to be free no matter where in the world it takes them.

They are impetuous and determined, which can often cause them conflicts or setbacks, but their perseverance drives them and allows them to get out of these effectively and quickly.

They can also go from being focused to being childish and dramatic when it comes to love, being involved in fiery adventures and rash desires. They are mostly affective and benevolent people, always look forward to keep their loved ones happy.