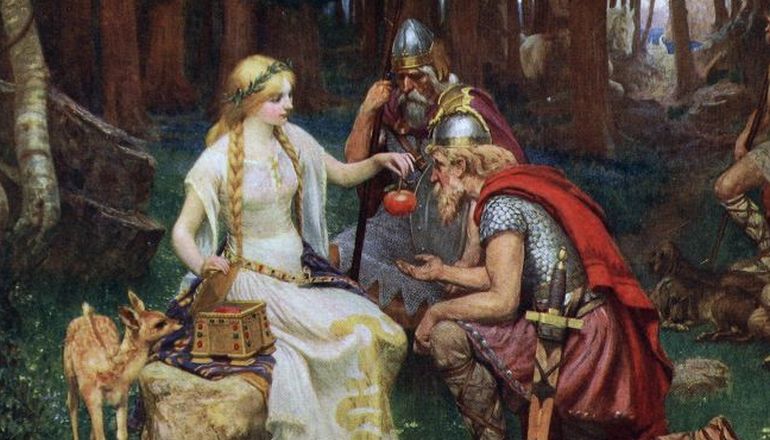 The people who had the Vikings as warriors could not help but have gods as fascinating as they were. If we are used to living with just one god, this was quite different for the people who lived in northern Europe a few centuries ago. See below who were the ten most popular gods in Norse mythology:

The main god of Norse mythology is very close to warriors because he was a warrior before becoming a god. According to the legends, he sacrificed one of his eyes and hung upside down on the tree of life Yggdrasil to gain knowledge and become a deity.

Loki is the god who caused confusion among the other gods. He knew how to tell a lie and liked the chaos he was able to cause with them. However, not everything in Loki was evil. He also played essential roles in the struggles that the other gods fought.

Odin was the main god, but he was not alone. He was married to the fertility goddess Frigg. Nordic women invoked this goddess to protect them during childbirth.

Norse gods were like humans and also had their families. Loki had a daughter, whose name was Hel. She is the goddess of the underworld and has a dark appearance. Some legends described her as a living woman from the waist up and her body dead from the waist down.

Thor, one of the sons of the great god Odin, is the god of thunder and a great warrior who fought hard against the ice giants. He has a mighty magic hammer and inspires warriors in battle.

Bragi, another son of Odin, was the spokesman and messenger of the gods. His power of communication was remarkable, and so he played an essential role among the gods.

Another son of Odin, Tyr, inspires strength and courage. He led the gods in battles and even managed to maintain peace between them after a big fight. He had his hand cut off by the wolf Fenrir to achieve this feat.

He is the god worshiped by those who depend on the sea to live. Navigators always asked for their protection before a long journey and also asked for protection for their children from this god.

He is a god associated with prosperity. It has the power to make it rain, which is essential for agriculture. He was invoked to bring abundance. Freyr also owned a boat that was capable of carrying all the gods inside it.

It is the Norse goddess of love and lust. It is very sensual and also has skills with magic and witchcraft. It can transform itself into a bird to go to the world of the dead and bring prophecies from there.

He was one of the most loved and admired gods by all. He has an aura of peace and justice and takes mercy wherever he goes. Son of Odin, he was the target of many intrigues created by Loki.

My Mission is to Guide Online Every Individual & Business, and Helping Them in Achieving Their Goal Through Astrology, Numerology, and Palmistry.